This briefing highlights some important areas of concern which Amnesty International believes could have an impact on the success of relief and reconstruction endeavours in Nepal.

Protection and respect for human rights has been severely weakened by Nepal's unsettled political climate at the national level and the resulting governance vacuum at local levels, and also impacted by the armed conflict between government forces and Maoist insurgents between 1996 and 2006. Impunity persists for gross human rights abuses, including enforced disappearances, a hallmark of the conflict, as do longstanding problems of discrimination and social exclusion that affect large segments of Nepali society.

Relief and reconstruction efforts grounded in human rights norms, including the universal principles of human dignity and non-discrimination, could help avoid further harm to recipients of humanitarian assistance and also have a better chance of successfully helping individuals and communities affected by the disaster to recover and become more resilient in future. Such efforts must include attention to deeper structural and systemic inequities that persist in Nepal and which accentuate the vulnerability of disadvantaged groups to the impact of the disaster. 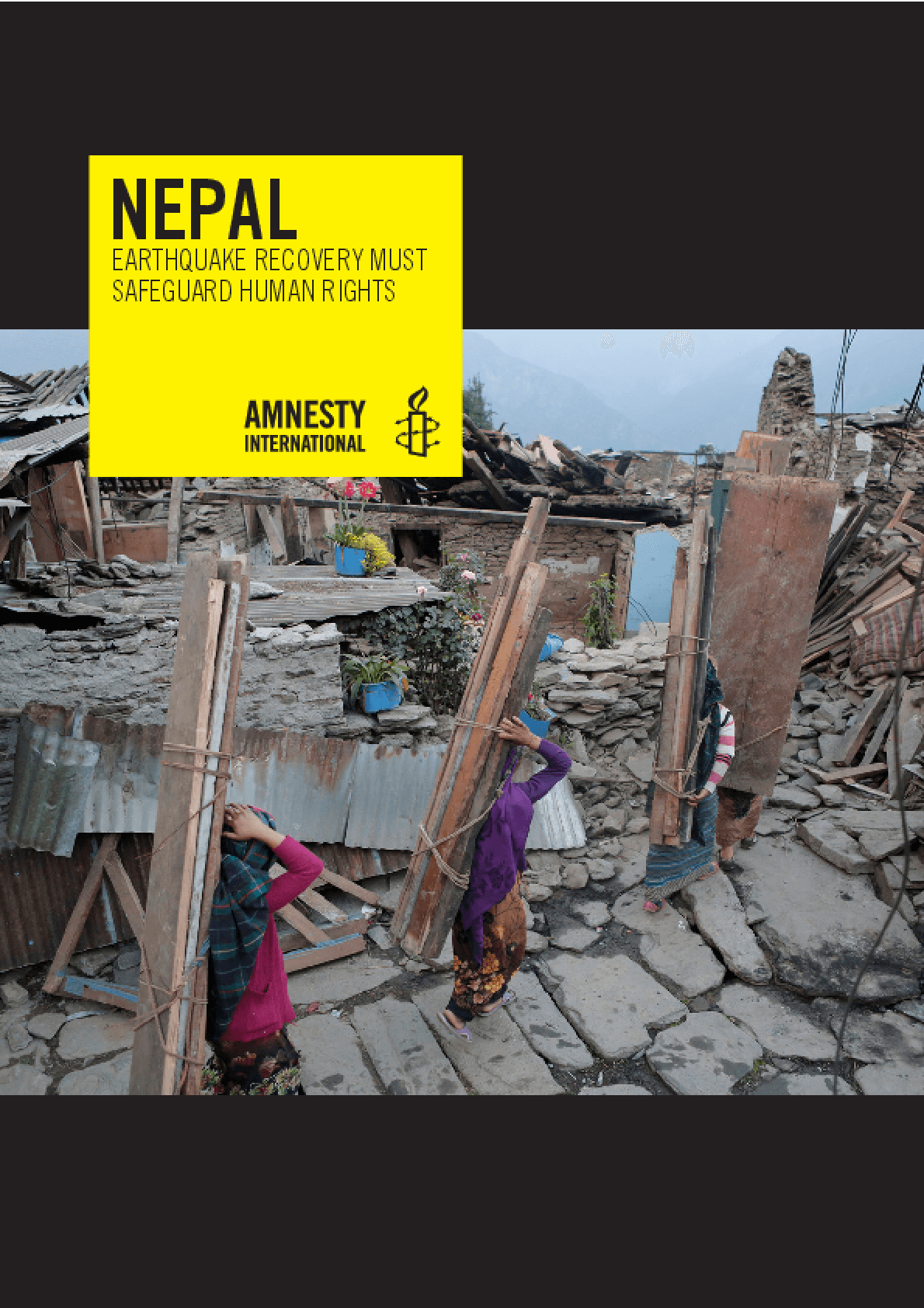