Never Fully Free: The Scale and Impact of Permanent Punishments on People with Criminal Records in Illinois

This first-of-its-kind study confirms that more than 3.3 million people in Illinois could be impacted by permanent punishments as a result of prior "criminal justice system" involvement, which is more accurately referred to as the "criminal legal system" given the well-documented inequities that bring into question whether the system actually brings justice to people who come into contact with it.

"Never Fully Free: The Scale and Impact of Permanent Punishments on People with Criminal Records in Illinois," lifts up that permanent punishments are the numerous laws and barriers aimed at people with records that limit their human rights and restrict access to the crucial resources needed to re-build their lives, such as employment, housing, and education. The report recommends a broad dismantling of permanent punishments, so that those who have been involved with the criminal legal system have the opportunity to fully participate in society.

The data illustrates the dramatic number of people who may be living with the stigma and limitations of a criminal record in Illinois. Since the advent of mass incarceration in 1979, there are an estimated 3.3 million adults who have been arrested or convicted of a crime in Illinois. Under current laws, these individuals have limited rights even after their criminal legal system involvement has ended. In fact, the report uncovered a vast web of 1,189 laws in Illinois that punish people with criminal records, often indefinitely. 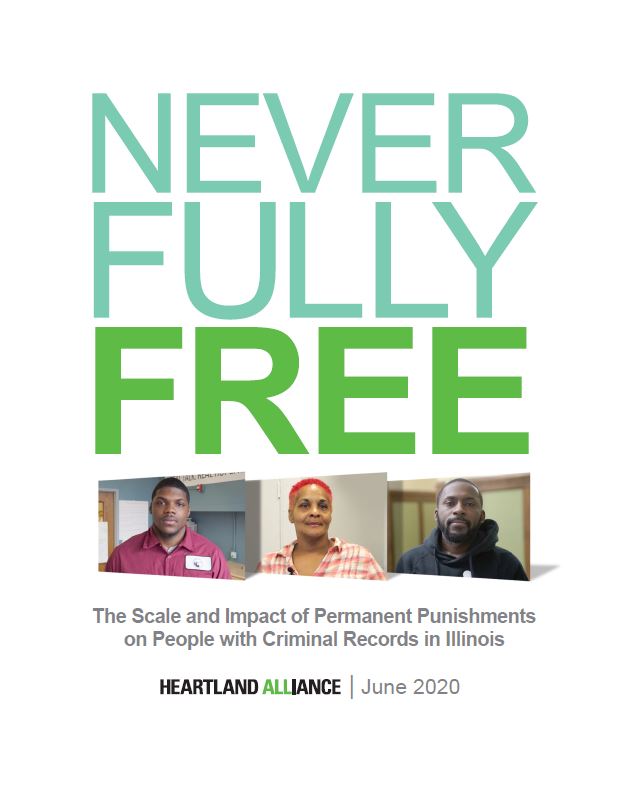