Fifteen new allopathic medical schools have been established in this country since the AAMC policy statement was issued in 2006. As a result, there are now 141 allopathic medical schools in the country. Based on projected enrollment figures, it would appear that by the end of the decade, the new schools will be graduating approximately 1,800 students each year, thereby contributing about one-third of the additional graduates called for by the AAMC in its policy statement. Since the AAMC statement was issued, 10 of the 15 schools established have already enrolled their charter classes, four more will do so later this year (2013), and one is scheduled to do so in 2014. Indeed, four of the schools will graduate their charter classes this year. Since the schools are at different stages in their development, it is premature to analyze to any degree the strategic approaches the schools as a group have employed to develop and implement their education and research programs. Thus, this report does not provide an overview of the specifics of the schools' academic programs, but focuses instead on the forces that contributed to the development of the schools. It should be noted that 11 new osteopathic medical schools have been established since 2002, and efforts are well under way to establish at least three additional schools within the next few years. Based on the experience to date, it is very clear that there 9are fundamental differences in the challenges that must be met to establish allopathic and osteopathic medical schools, due primarily to the ways allopathic and osteopathic schools are organized and function. In general, allopathic medical schools exist as academic units (schools or colleges) within comprehensive universities, and they partner with major teaching hospitals in conducting their education, research, and clinical care missions (academic medical centers). In contrast, the majority of osteopathic medical schools exist within free standing health sciences universities or as academic units within relatively small liberal arts colleges, and they are not partners within the framework of a traditional academic medical center. The osteopathic schools tend to have student bodies that are much larger than those of allopathic schools, their students tend to be widely distributed to a number of clinical care sites for clinical education experiences, and they tend not to serve as sponsors for a significant number of graduate medical education programs. Because the differences in the ways the schools are organized and function are quite profound, the circumstances that led to the development of the new osteopathic schools are not discussed in this report. The first section of the report outlines the planning process that institutions had to undertake to determine if they were able to establish a new medical school. The report then describes the state of development of the 15 new schools that have been established since the AAMC report was issued. Following that, the report describes a set of critical issues that institutions had to address in order to establish a new school, and how the institutions that were successful in starting a new school addressed those issues. Those observations provide valuable insight into approaches that may help other institutions considering the possibility of starting a new school. 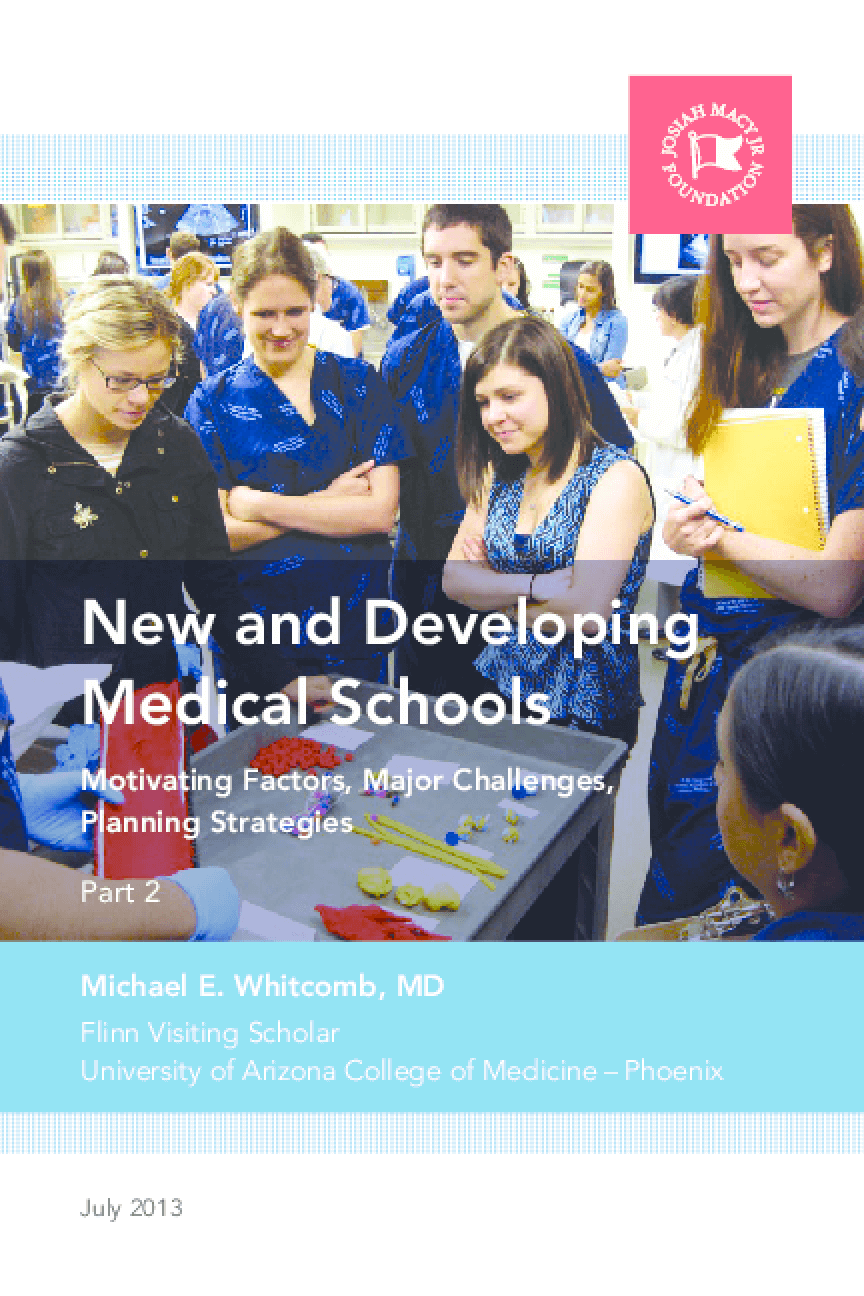