Migration Policy Institute (MPI) analysis of data from the U.S. Census Bureau finds that almost half (48 percent) of immigrants coming to the United States between 2011 and 2015 were college graduates (compared to 31 percent of U.S.-born adults in 2015). In contrast, the highly skilled represented just 27 percent of arrivals during the five-year period ending in 1990. This rise in immigrants' educational attainment is correlated with increasing flows from Asia, although it should be noted that about one-quarter of recent immigrants from Latin America are college graduates. Higher levels of bilingualism and English language proficiency accompany this increase in human capital. 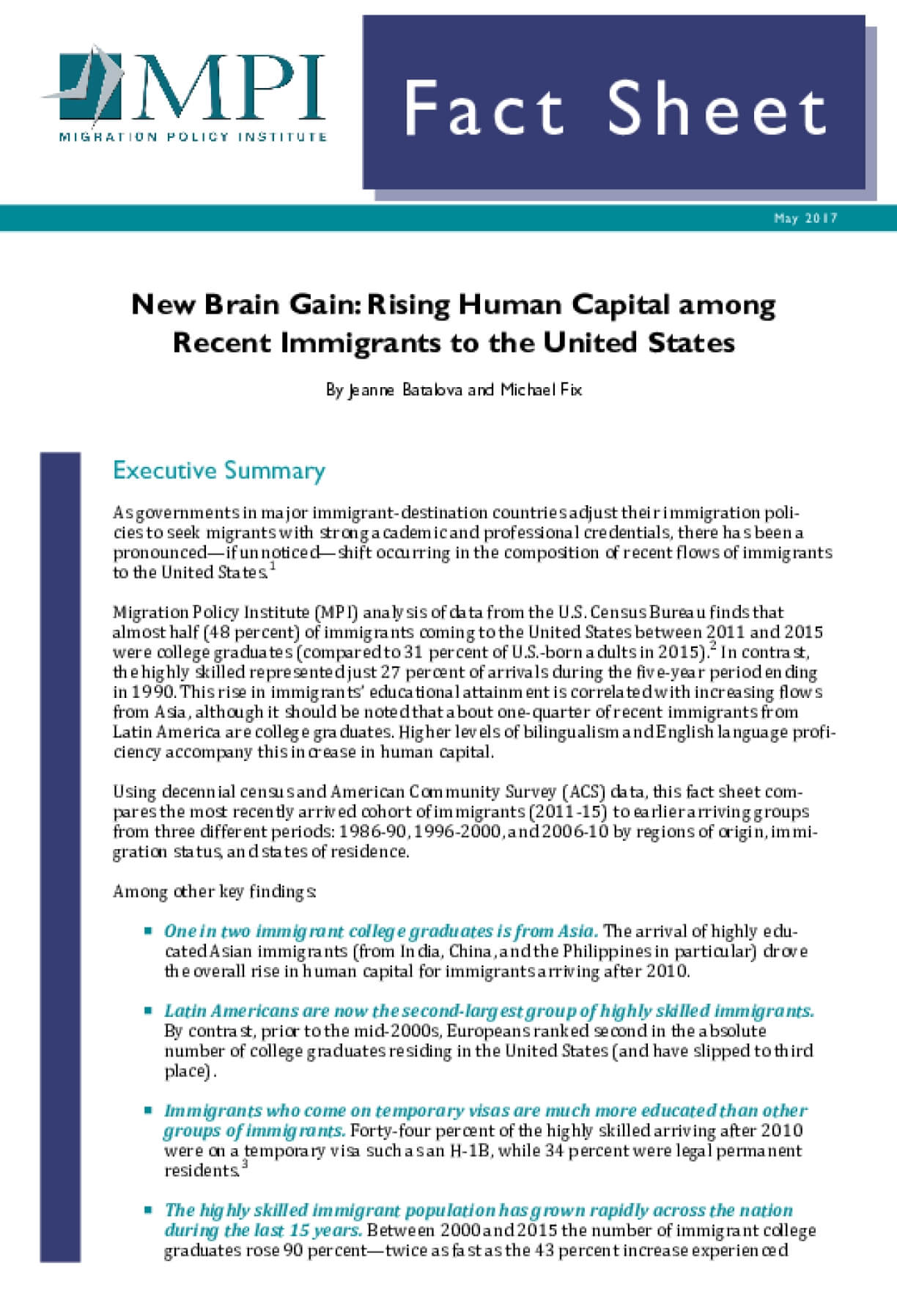