Just 150 miles off the coast of Cape Cod lie some of our country's greatest marine treasures. Hidden beneath thousands of feet of ocean, where the continental shelf drops off to the pitch-black abyss of the deep Atlantic Ocean, five massive canyons plunge down, some deeper than the Grand Canyon. Just beyond these canyons, four extinct underwater volcanoes – called seamounts – rise as high as 7,700 feet above the ocean floor, higher than any mountain east of the Rockies and the only such seamounts in U.S. Atlantic waters. The plunging walls and deep floors of the canyons and the towering slopes of the seamounts are alive with vivid coldwater corals of otherworldly beauty – some the size of small trees and centuries, if not thousands of years, old. These corals, together with other structure-forming fauna including sponges and anemones, form a foundation for vibrant deep-sea ecosystems, providing food, spawning habitat, and shelter for an array of fish and invertebrate species. The varied habitats and strong and complex currents of the canyons and seamounts also support significant and diverse concentrations of marine life throughout the water column. These deep-sea biodiversity hotspots are sites of active scientific exploration, investigations and discovery. The canyons and seamounts proposed for designation represent tremendous opportunities for further scientific exploration and education around deep-sea ecosystems. Importantly, these remote and relatively pristine areas function as a scientific reference site, giving researchers the chance to advance our understanding of undisturbed nature in a world otherwise transformed by humans. In recognition of this area's value, 141 eminent ocean scientists from 84 research institutions, along with the three major New England Aquaria and 226 accredited aquaria from around the world, have urged robust long-term protections for these "particularly outstanding examples" of New England's canyons and seamounts. 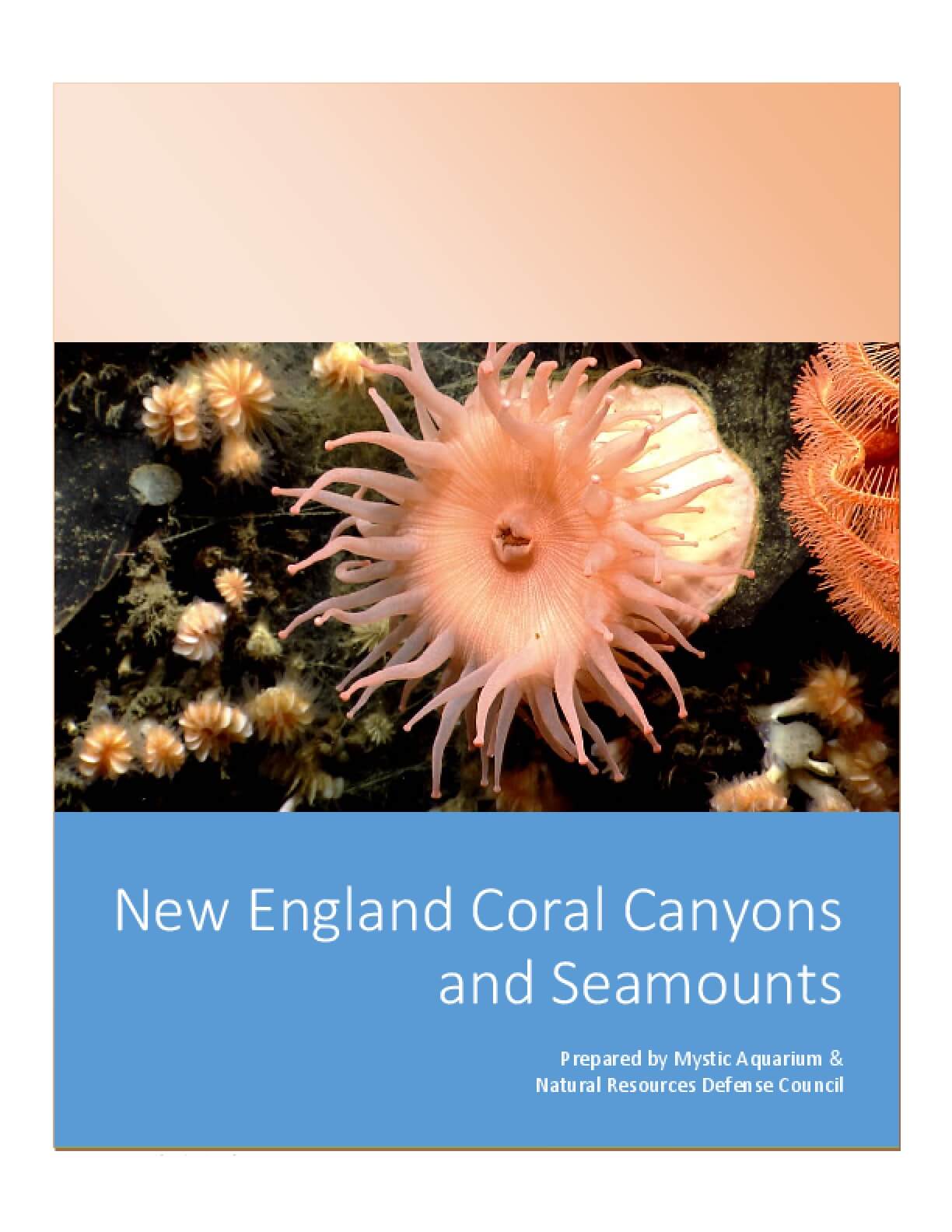