New England is a generally prosperous region and its residents are doing relatively well economically (see Table 1). Yet, between 1989 and 2004, the region experienced the largest increase in income inequality in the country. Much of this widening gap between rich and poor was driven by growth among the top earners, but the changes are not simply the "rich getting richer." Rather, they reflect the hollowing out of the middle caused by significant changes in the nation's economy. The loss of manufacturing employment for low-skilled workers has been coupled with increased demand, and rewards, for high-skilled and high tech employment. These shifts were more pronounced in New England because of the region's highly educated population, strong research and development base, and relatively high cost of business operations, which pushes low-skilled jobs elsewhere. 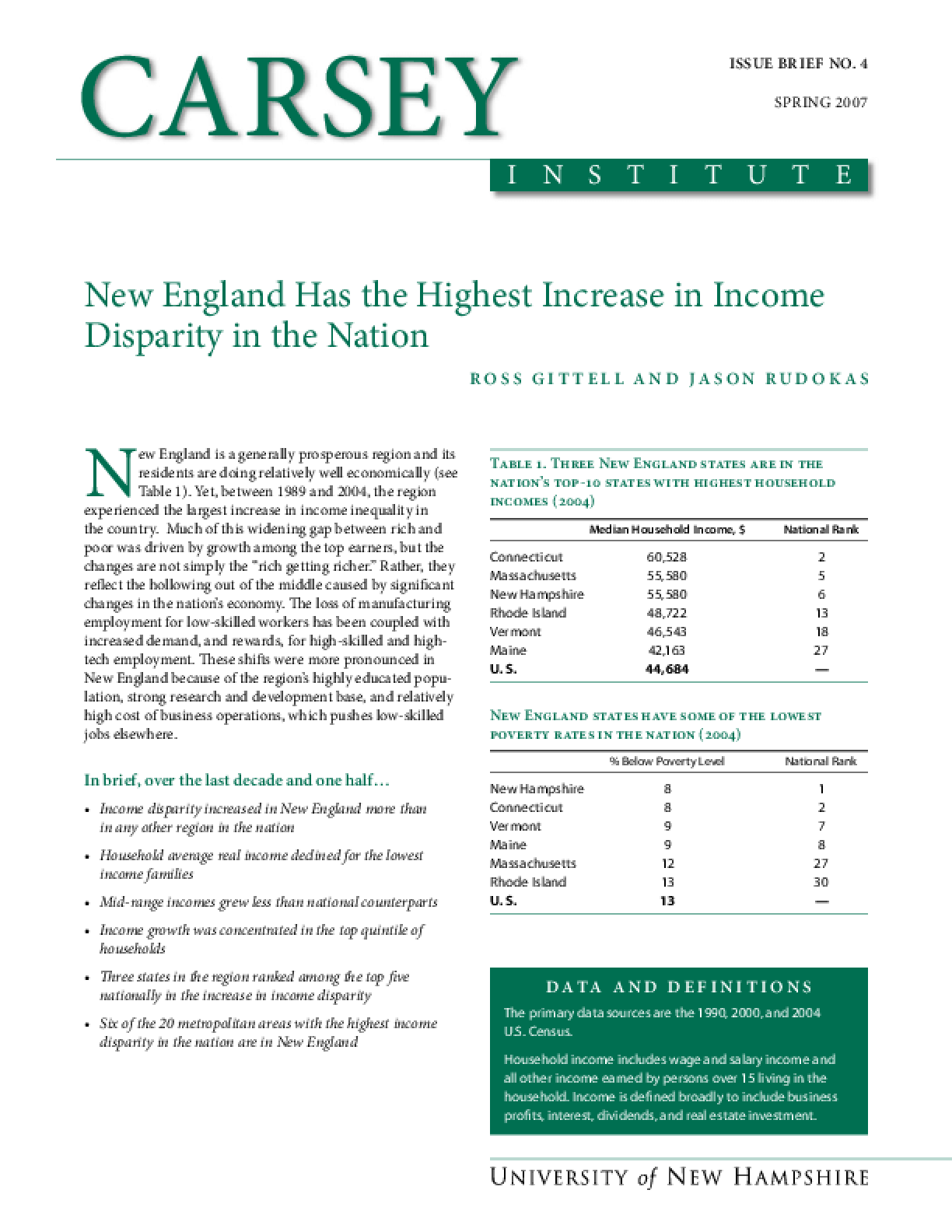