Thousands of skilled migrants with H-1B visas working as subcontractors at well-known corporations like Disney, FedEx, Google, and others appear to have been underpaid by at least $95 million. Victims include not only the H-1B workers but also the U.S. workers who are either displaced or whose wages and working conditions degrade when employers are allowed to underpay skilled migrant workers with impunity. The workers in question were employed by HCL Technologies, an India-based IT staffing firm that earned $11 billion in revenue last year. HCL profits by placing workers on temporary H-1B work visas at many top companies. The H-1B statute requires that employers pay their H-1B workers no less than the actual wage paid to their similarly employed U.S. workers. But EPI analysis of an internal HCL document, released as part of a whistleblower lawsuit against the firm, shows that large-scale illegal underpayment of H-1B workers is a core part of the firm's competitive strategy.

The Department of Labor should launch a sweeping investigation into whether companies are systematically underpaying H-1B workers in violation of the law. If violations are found, penalties should be imposed that are significant enough to deter all H-1B employers from such behavior. DOL should also close the outsourcing loophole that supports the outsourcing business model by requiring both direct employers like HCL and the secondary employers that use H-1B staffing firms to attest that they will comply with H-1B wage rules. DOL and the Department of Homeland Security (DHS) should take additional measures to ensure the H-1B program achieves its purpose of filling genuine labor market gaps. Such measures include raising minimum wages to realistic market levels, allocating H-1B visas to workers with the highest skills and wages, and adopting a compliance system that ensures program accountability and integrity. Finally, the Department of Justice's (DOJ) Civil Division, in conjunction with DOL and DHS, should vigorously prosecute visa fraud under the False Claims Act, consistent with a recent federal court decision applying the False Claims Act to H-1B visa fraud. 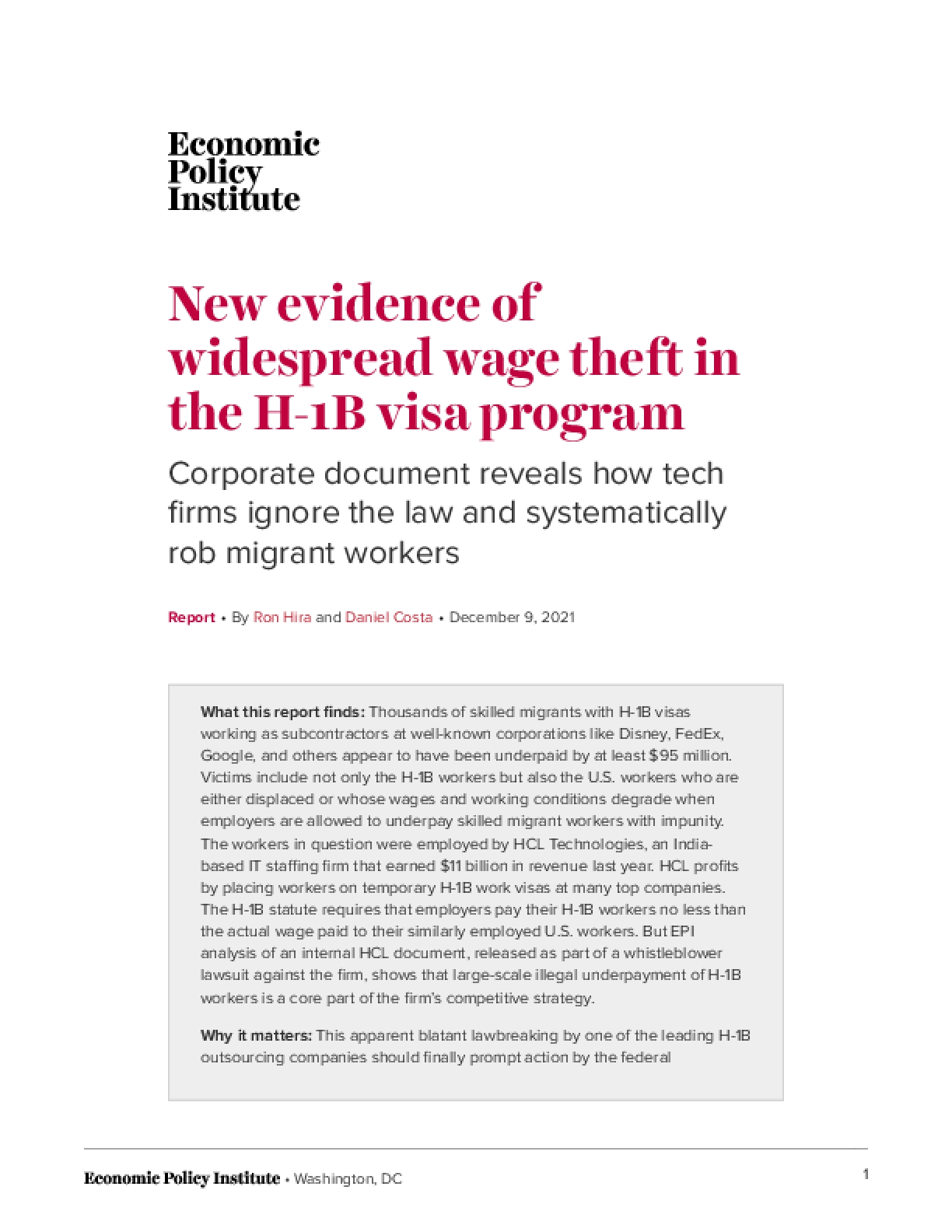