New Experiments in Minority Voter Mobilization: Second in a Series of Reports on the California Votes Initiative

During the first phase of the California Votes Initiative, spanning elections from June 2006 to March 2007, participating community-based organizations personally contacted over 82,000 low-propensity voters, through strategies such as door-to-door outreach and phone calls, plus reached an additional 100,000 voters through less direct methods, such as voter forums and messages to congregations. This outreach inspired many to participate in the electoral process for the first time. The initiative evaluation team worked with the community organizations to imbed field experiments into their outreach efforts, comparing turnout among those targeted for contact and those assigned to control groups. This resulted in strong empirical support for a series of best practices that were detailed in a September 2007 report.1 A second phase of the initiative has continued this path-breaking research with further field experiments in the February and June 2008 elections, with more planned for November 2008. This report briefly reviews the results from the first phase of the initiative, adds findings from February 2008 and June 2008 as available,2 and outlines the follow-up studies planned for November 2008. Many findings from the first phase were confirmed, and the two rounds of experiments conducted so far this year provide valuable refinements to the list of best practices established in that earlier report. 1 Michelson, Melissa R., Lisa Garcia Bedolla and Donald P. Green. 2007. "New Experiments in Minority Voter Mobilization: A Report on the California Votes Initiative" (San Francisco, CA: The James Irvine Foundation). Available at www.irvine.org. 2 In many counties, particularly large ones such as Los Angeles, voting information is not released until several months after an election. 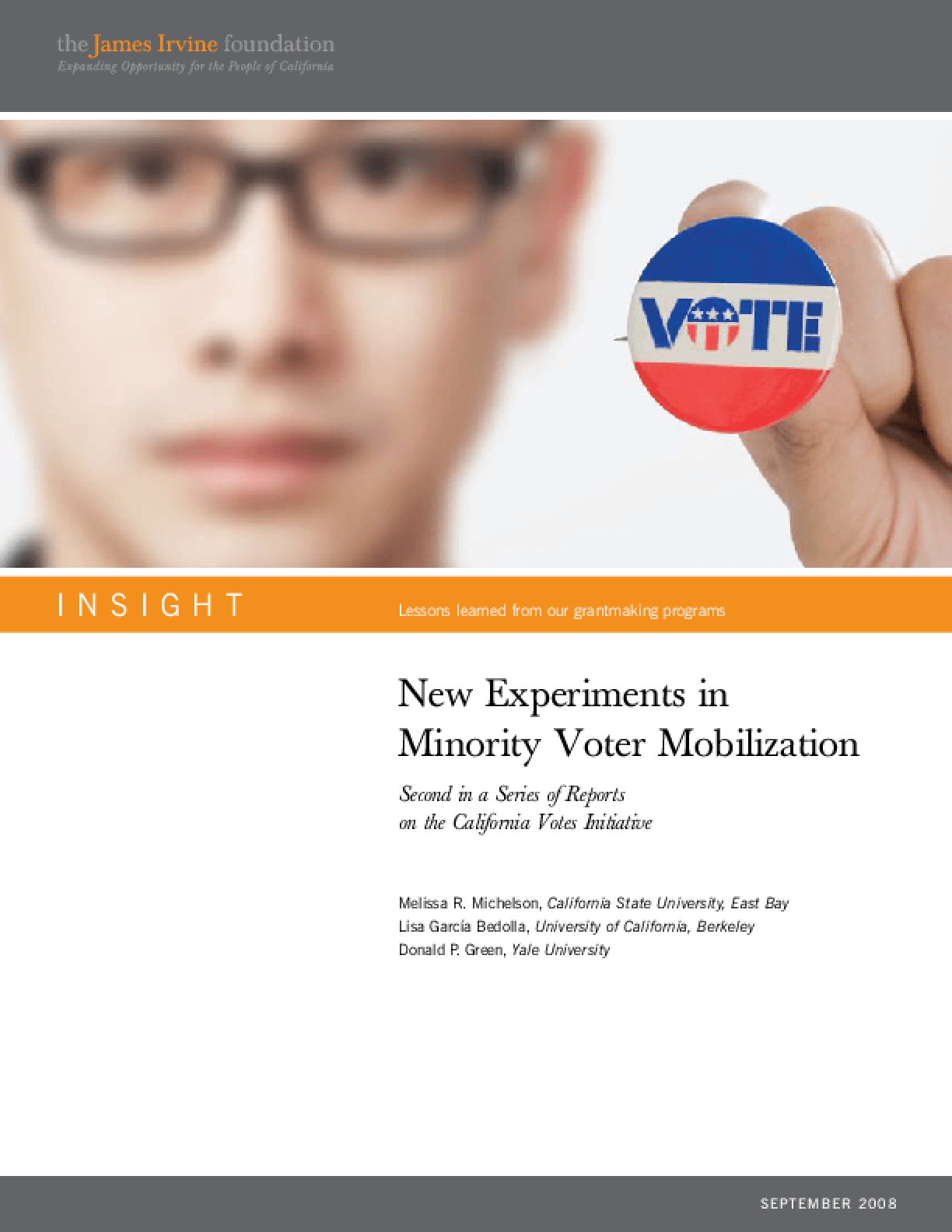