This report is part of a series of 21 state and regional studies examining the rollout of the ACA. The national network -- with 36 states and 61 researchers -- is led by the Rockefeller Institute of Government, the public policy research arm of the State University of New York, the Brookings Institution, and the Fels Institute of Government at the University of Pennsylvania. New Hampshire's experience with implementing the ACA in 2013 and 2014 underscores the state's "wait and see" approach to health care reform. Since the passage of the ACA in March 2010, a wide range of national polls demonstrated that the public remains fundamentally split about the law and its effects; unlike other major health care reforms (e.g., the Medicare Modernization Act of 2003) the public has not warmed to the ACA over time. The stability of public attitudes towards the ACA is striking; despite month-to-month variations, surveys by the Kaiser Family Foundation, Gallup, and other major polling organizations reveal that public views of the ACA have changed little over the past four years. This ongoing partisan and policy divide is evident in the Granite State, as Republicans continue to oppose the ACA, while Democrats embrace reform -- on New Hampshire's terms. 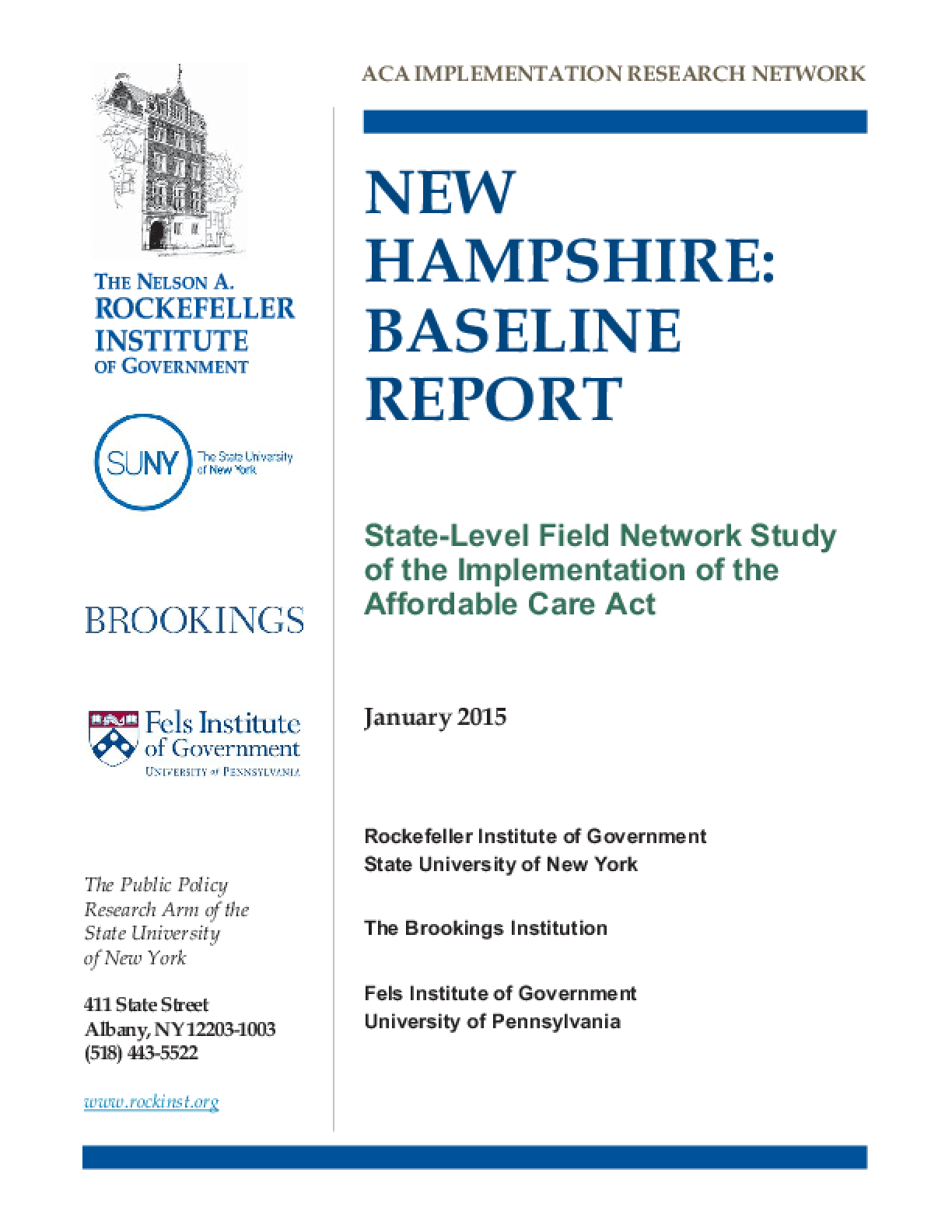