Informing Change's evaluation of the Incubator and its camps from 2009 to 2013 addressed five questions, which examined whether and how:

1. The new camps had expanded available opportunities for Jewish youth to attend camp 2. The new camps had positively influenced camper attitudes and behaviors about living a Jewish life and broadened their networks of Jewish peers 3. The new camps had developed into sustainable and effective nonprofit camp organizations 4. The Incubator method was an effective strategy for developing and supporting new nonprofit Jewish camps 5. The different specialty camp models met the Jim Joseph Foundation's goals for the Incubator

The evaluation focused on the cohort of camps as a whole and their aggregate results, rather than evaluating each camp individually. Informing Change provided annual results on camp growth and development to the individual camps as well as support to the camps when interpreting their results and comparing against the aggregate. Each year, the evaluation applied a mixedmethods approach to data collection, which included interviews, surveys, secondary data, observations and organizational capacity assessments. Evaluators surveyed campers both before and after camp; parent surveys were administered after campers had been home from camp for 9 to 11 months. 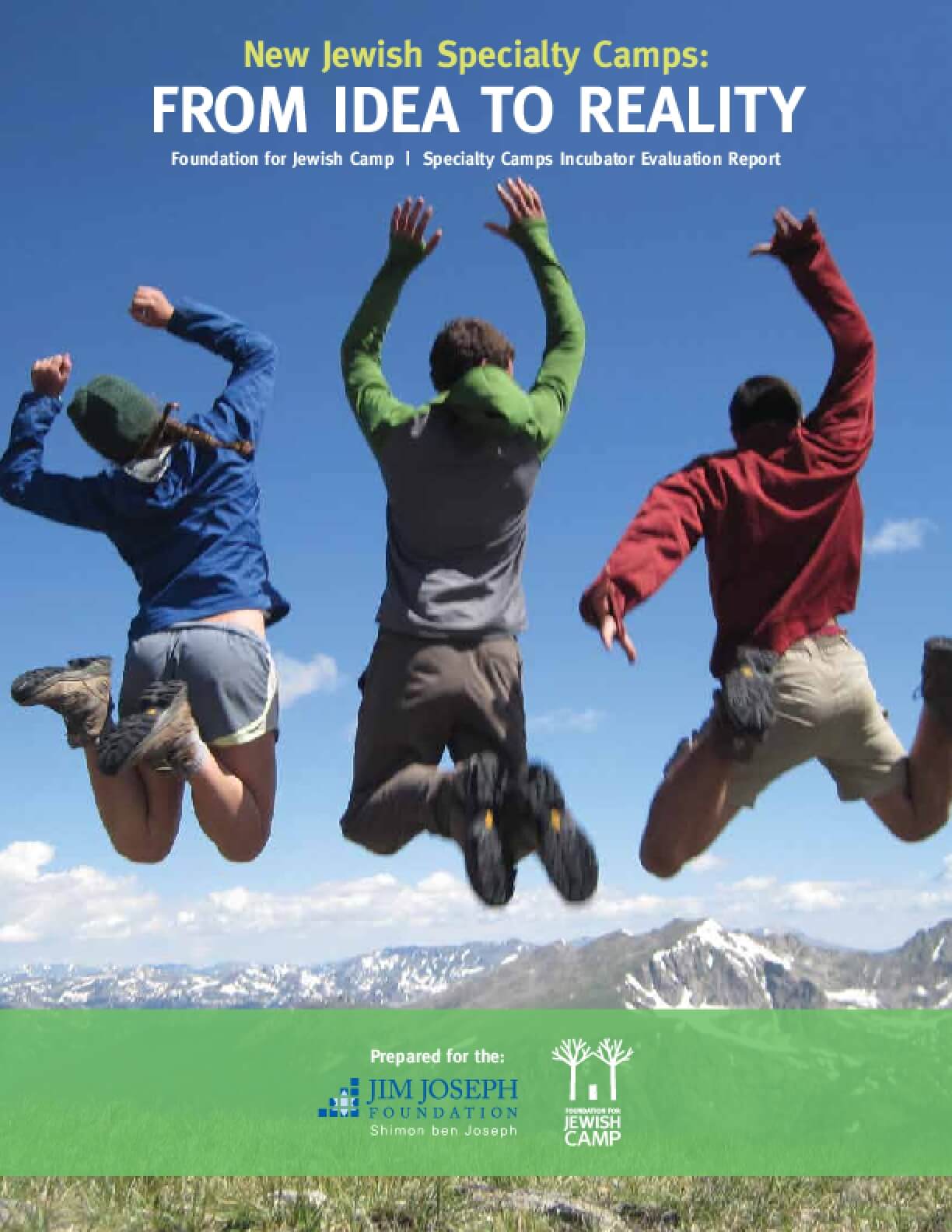