Ten years after Hurricane Katrina battered the Gulf Coast and the subsequent levee failure led to unprecedented destruction in New Orleans, the Kaiser Family Foundation teamed up with NPR to conduct a survey of the city's current residents. This work builds on three previous surveys conducted by the Foundation in 2006, 2008, and 2010, as well as a survey of Katrina evacuees in Houston shelters conducted in partnership with the Washington Post in September 2005. The new survey examines how those who are currently living in Orleans Parish feel about the progress the city has made and the lingering challenges it faces, including those brought about by Katrina and those that pre-date the storm. Overall, the survey paints a portrait of a city whose residents are remarkably optimistic, resilient, and proud of their city's culture. On many fronts, residents' reports of conditions in their own neighborhoods and their evaluations of the city's progress in recovery have improved steadily over the 10-year period since the storm. But in this city where racial disparities in income and employment existed long before Katrina, the survey finds that most of these improvements have been unevenly distributed by race. African Americans continue to lag far behind whites, both in their perceptions of how much progress has been made and in the rates at which they report continuing struggles. 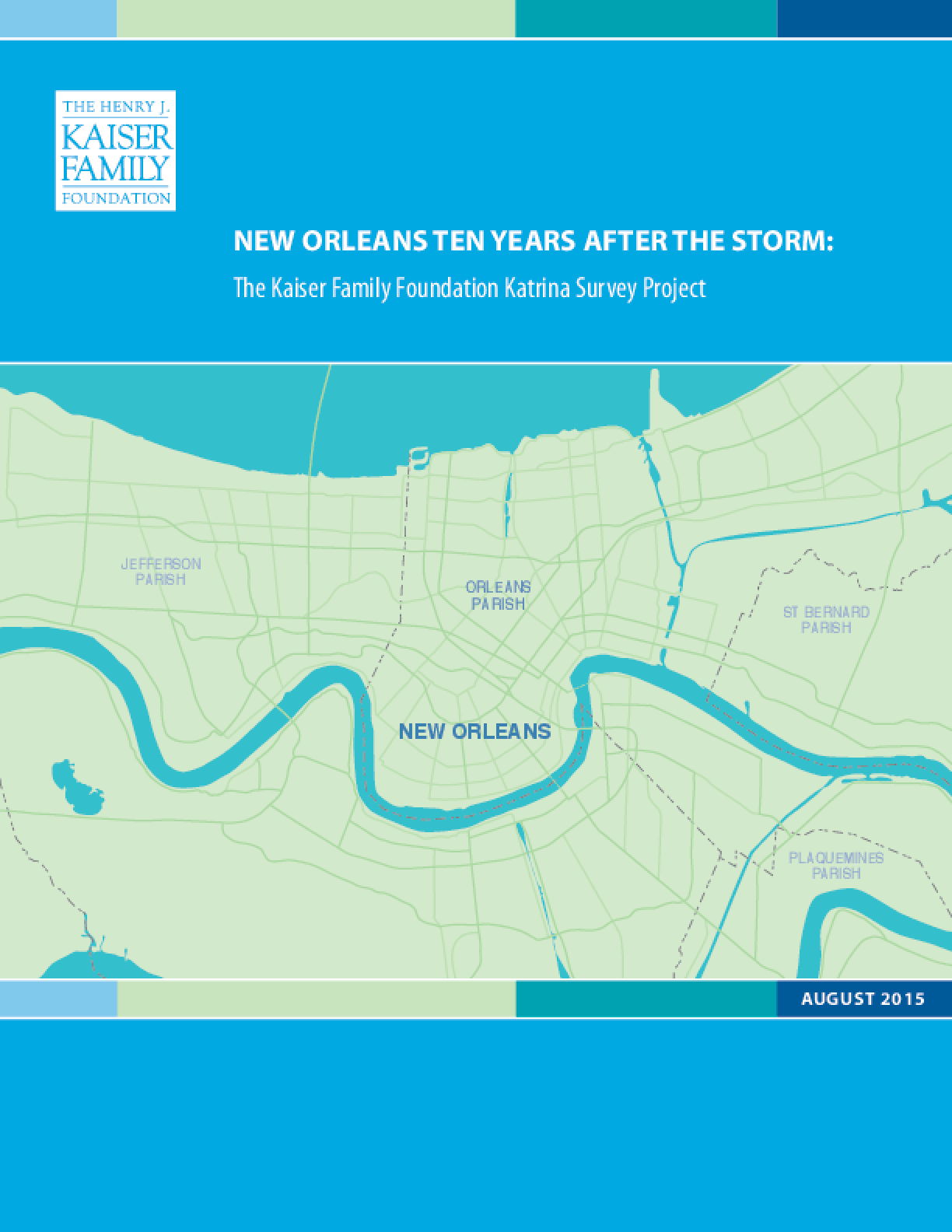