New Proposal to Iran: Will It Be Enough to Defuse the Nuclear Crisis?

This BASIC Note assesses the progress of transatlantic diplomacy toward Iran on nuclear issues. On June 6, Iran was presented with a revised package of incentives to persuade it to curb its uranium enrichment program. The authors argued previously that the earlier E3/EU proposal was vague on incentives and heavy on demands. (See BASIC Note, August 11, 2005 at http://www.basicint.org/pubs/Notes/BN050811-IranEU.htm). In this article, the authors suggest that if the June 6 proposal had been offered a year ago (or better still two years ago), much of the recent damage to diplomatic relations between Iran and the West could have been avoided. 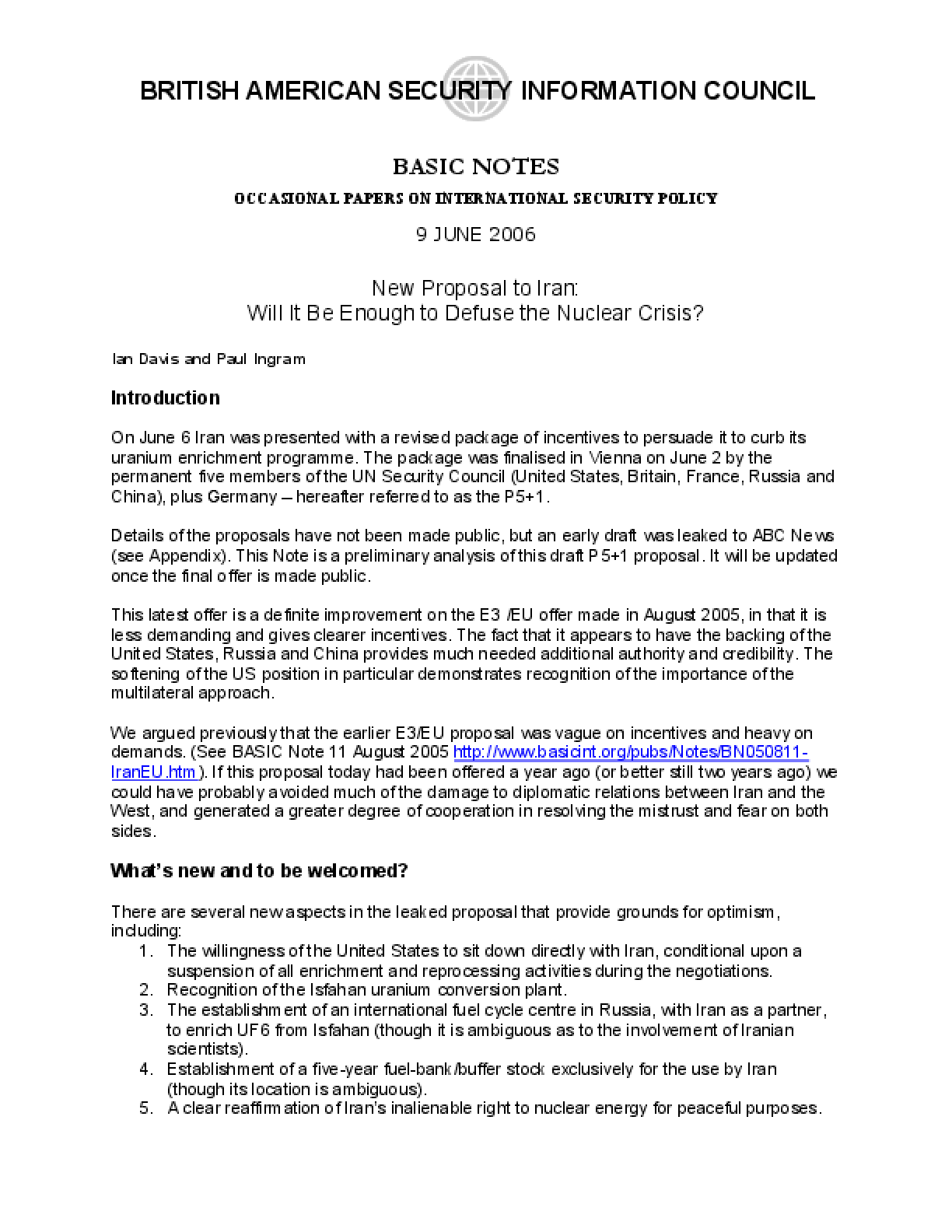