Yet the relative lack of fanfare over the passage of New York's new bail law belies its historic and transformative potential to end mass incarceration at the local level. If implemented effectively, a conservative estimate of the  legislation's impact suggests that New York can expect at least a 40 percent reduction overall in the state'spretrial jail population.1 That bests the 30.4 percent reduction achieved by bail reform in New Jersey, and the anticipated impact of Senate Bill 10 in California— which is currently on hold pending a challenge by the bail bond industry—if it goes into effect in 2020.

What exactly comprises New York's new bail law? What inspired this set of reforms? Can bail reform truly claim to be bold if money isn't eliminated entirely? And what precedent might New York's model of bail reform set for other jurisdictions?

This primer provides historical context and an overview of the legislation itself, highlights five unique aspects of the legislation, and offers a few thoughts for how the wins in New York can inspire more comprehensive and transformative bail reform elsewhere. 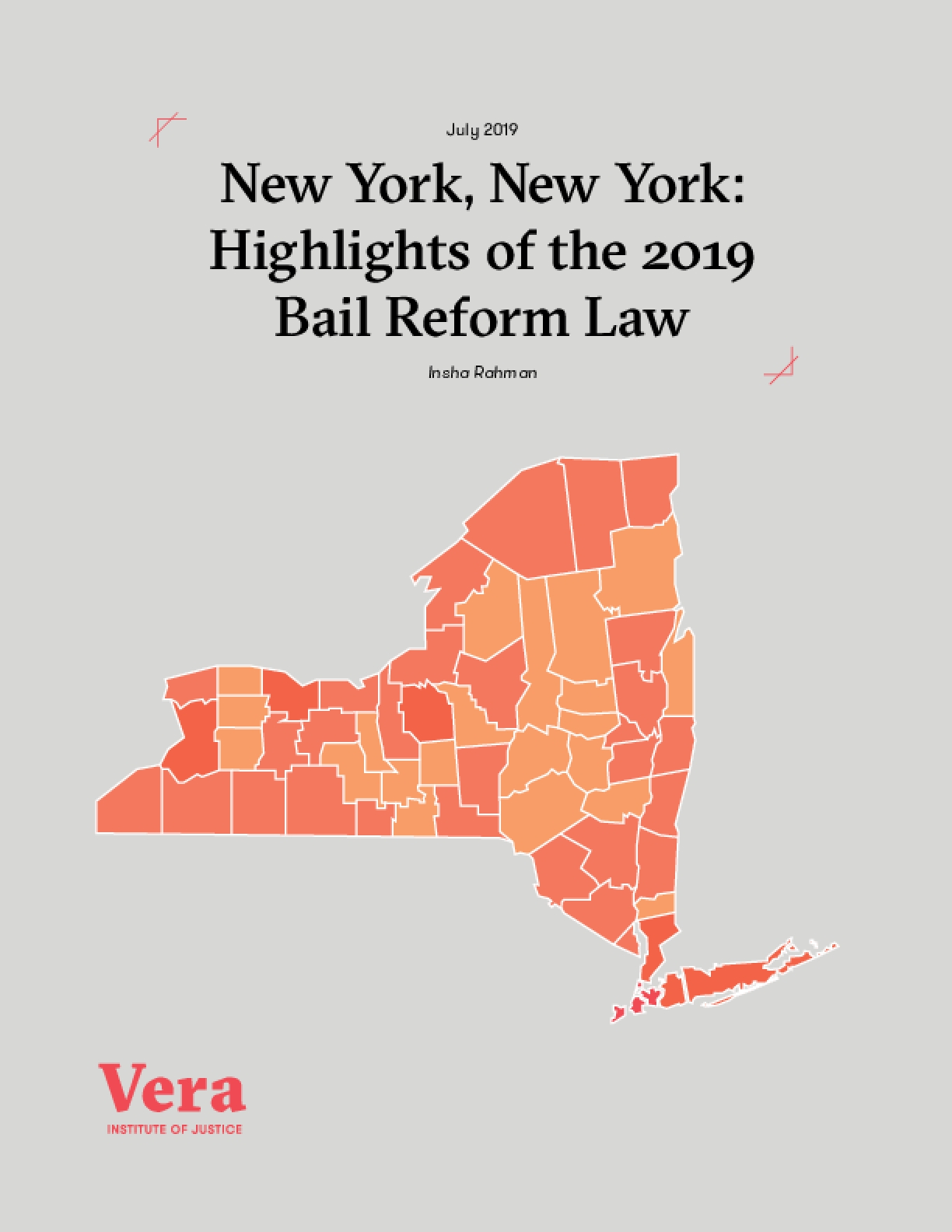