The Drum Major Institute and Baruch College's School of Public Affairs co-sponsored a conference in April 2007 on whether the middle class dream can survive in New York. At the conference, titled The American Dream in the Big Apple: Is New York City still a middle-class town?, CUR's John Mollenkopf presented the numbers in a slide show that set the stage for an informed discussion by city officials and others during the day. The text of his presentation is included, and also at Gotham Gazette's transcript of the proceedings. 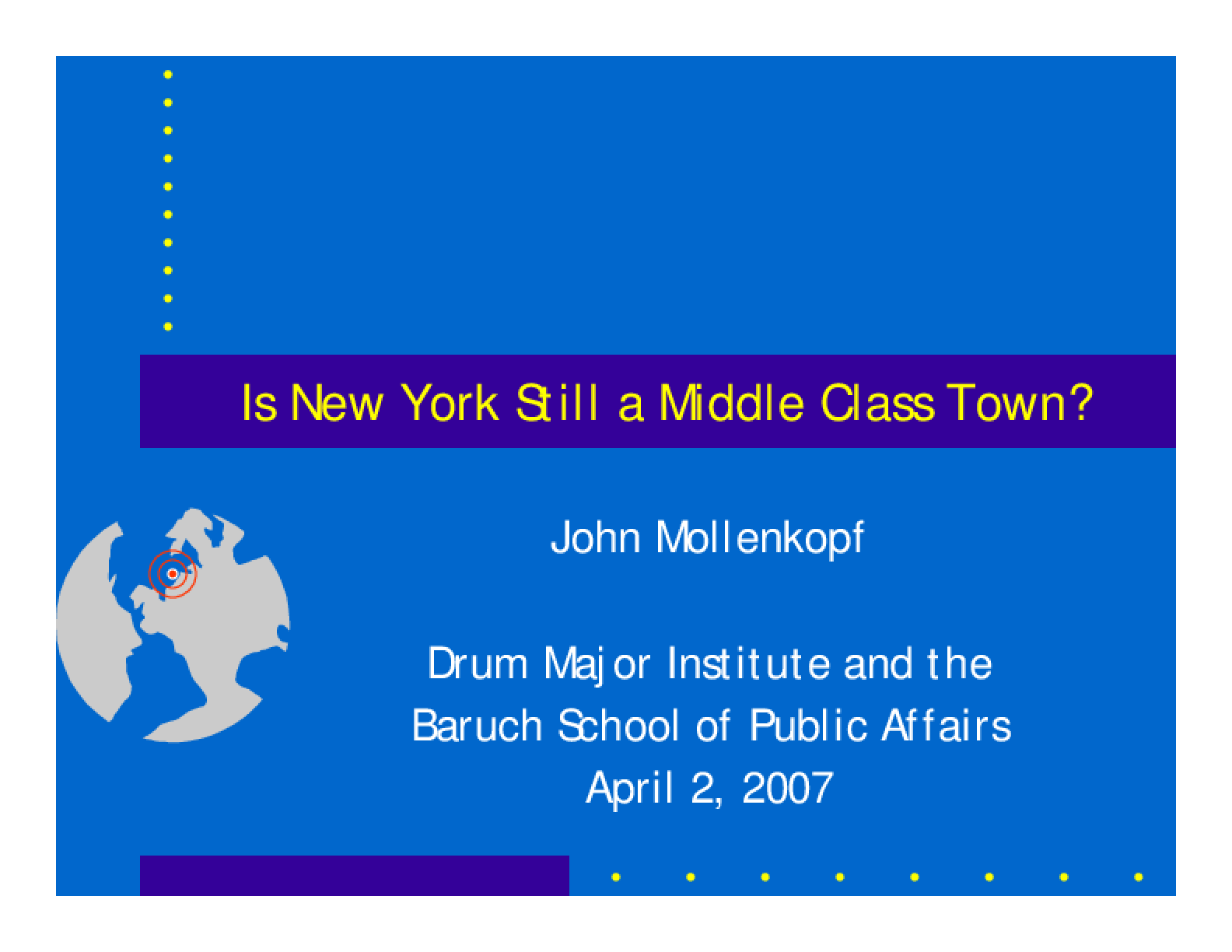