The perennial political struggle over gun policy in America typically focuses, for understandable reasons, at the national level. Yet the American political system continues to be a system of federalism, where the states, and state policymaking, shape much of the American landscape. Thus, much attention was focused on President Barack Obama's ultimately unsuccessful effort in early 2013 to press Congress to enact a series of new national gun laws in the wake of the uniquely senseless and brutal slaying of twenty children and six adults at Sandy Hook Elementary School in December 2012. Less recognized, however, was the fact that prolific action at the state level on gun policy exploded in 2013. The purpose of this article is to examine the case of New York—a state that has long been in the forefront of tougher gun laws, and that has, in the minds of some, become a gun owner's nightmare since its enactment of new gun regulations in 2013. But has it? With so much hand-wringing among gun rights activists nationwide about the reputedly adverse effects of stricter gun laws, it is not only useful, but instructive, to examine a place that already has such laws. New York offers a both concrete and contemporary case study of how the relationship between the armed citizen and the government actually functions. As I will argue here, that relationship, while different than that of the majority of states, functions effectively to preserve gun rights in the context of a feasible regulatory scheme. 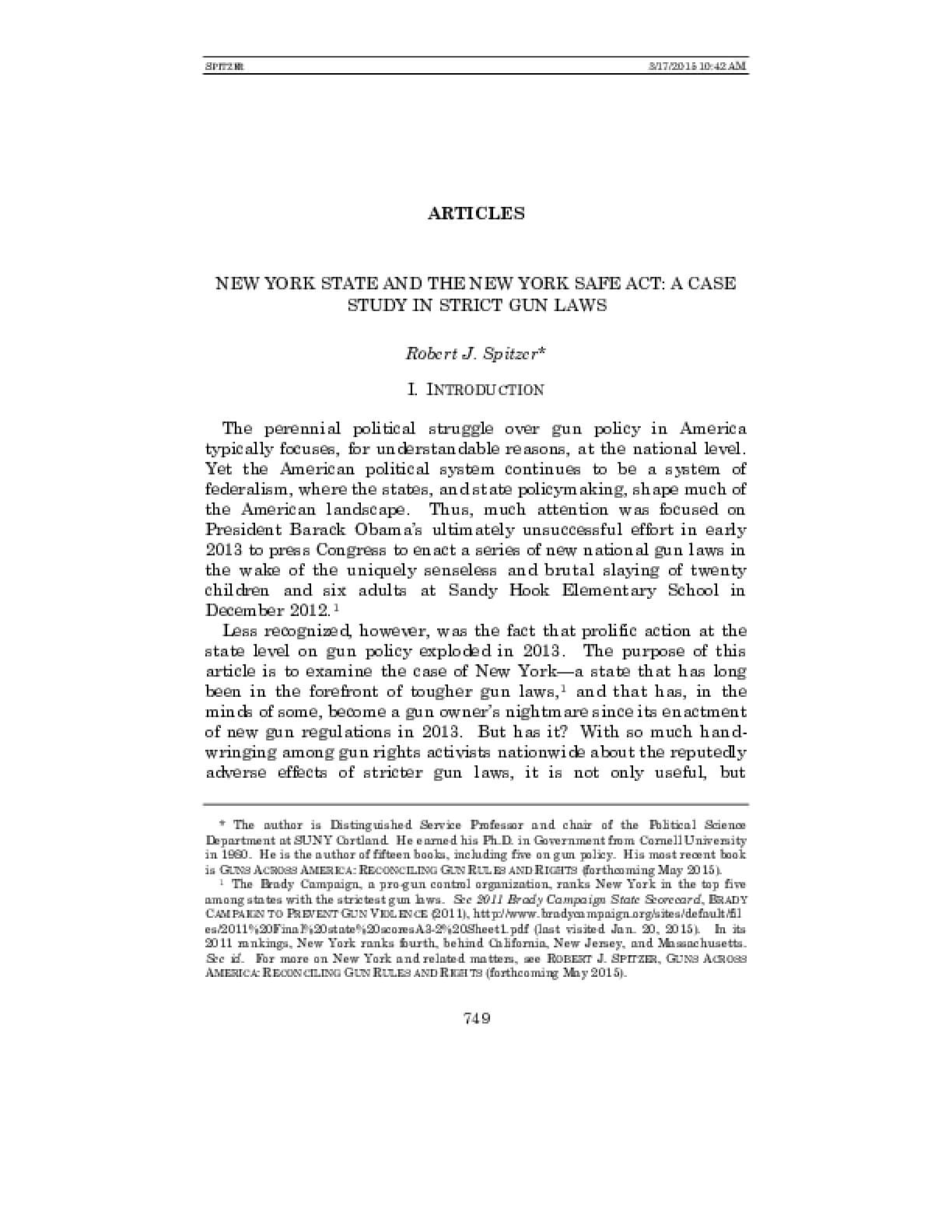