In June 2013, New York City became the seventh -- and the largest -- U.S. jurisdiction to provide workers with paid sick days, with the passage of the Earned Sick Time Act, which took effect in April 2014. Under this law, covered workers employed in New York City private-sector companies and non-profit organizations with five or more employees accrue job-protected paid sick leave at a rate of one hour for every 30 hours worked. Employees of companies with one to four workers are entitled to unpaid sick leave. The law covers about 3.9 million workers employed in the City, 1.4 million of whom did not have access to paid sick days prior to its passage. When it was first proposed, critics of the paid sick time law argued that it would lead to a loss of jobs in the City and impose a major cost burden on employers, especially small businesses. They also predicted that such a law would invite widespread abuse by employees. However, as this report shows, these fears have proven unfounded. By their own account, the vast majority of employers were able to adjust quite easily to the new law, and for most the cost impact was minimal to nonexistent. Indeed, a year and a half after the law took effect, 86 percent of the employers we surveyed expressed support for the paid sick days law. 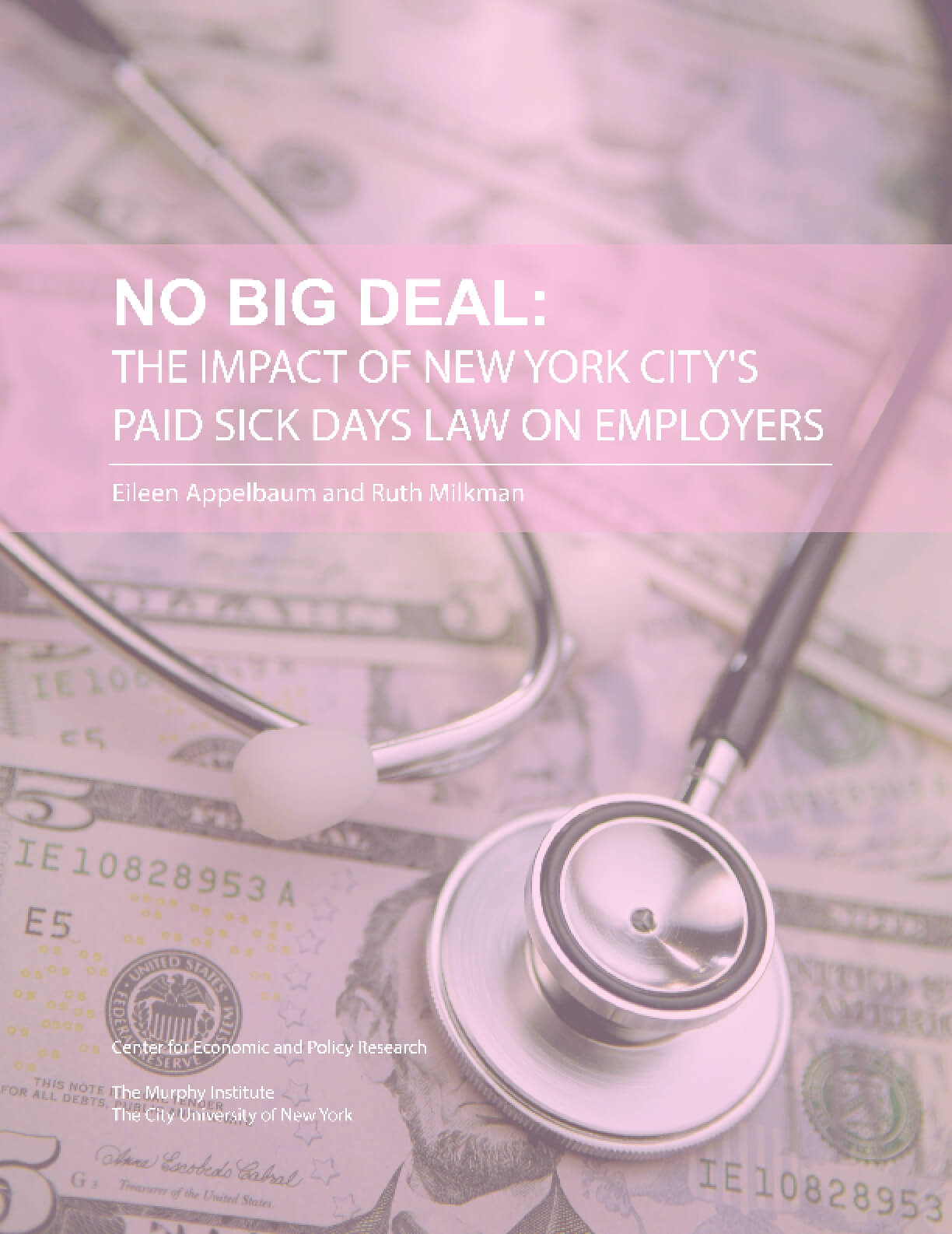