No Easy Way Out: Citizens Talk About Tackling The Debt

This new report by Jean Johnson about recent citizen deliberations on the debt suggest the seeds of consensus on how to tackle the problem, but warns that deep cynicism about Washington makes many Americans question whether elected officials will act, and whether they can be trusted to act.

In dozens of forums held over the past year, citizens were focused, open-minded, and realistic as they weighed alternative paths for stabilizing the debt, as outlined in the A Nation In Debt issue guide. Nearly all citizens were receptive to multiple ideas for needed change. At the same time, most had questions, doubts, and stipulations that leaders need to understand and address.

The views of those who participated in the National Issues Forums deliberations are not a scientific sample of public opinion. However, they do represent the thinking of a diverse and concerned group of citizens. Even more important, these conversations reveal what might happen if more of the public had a chance to think seriously with their fellow citizens about the choices involved in tackling the debt. The questions participants raised, the doubts they voiced, and the criteria they discussed suggest what may be needed to develop a larger, stronger constituency for meaningful action on this historic national challenge. 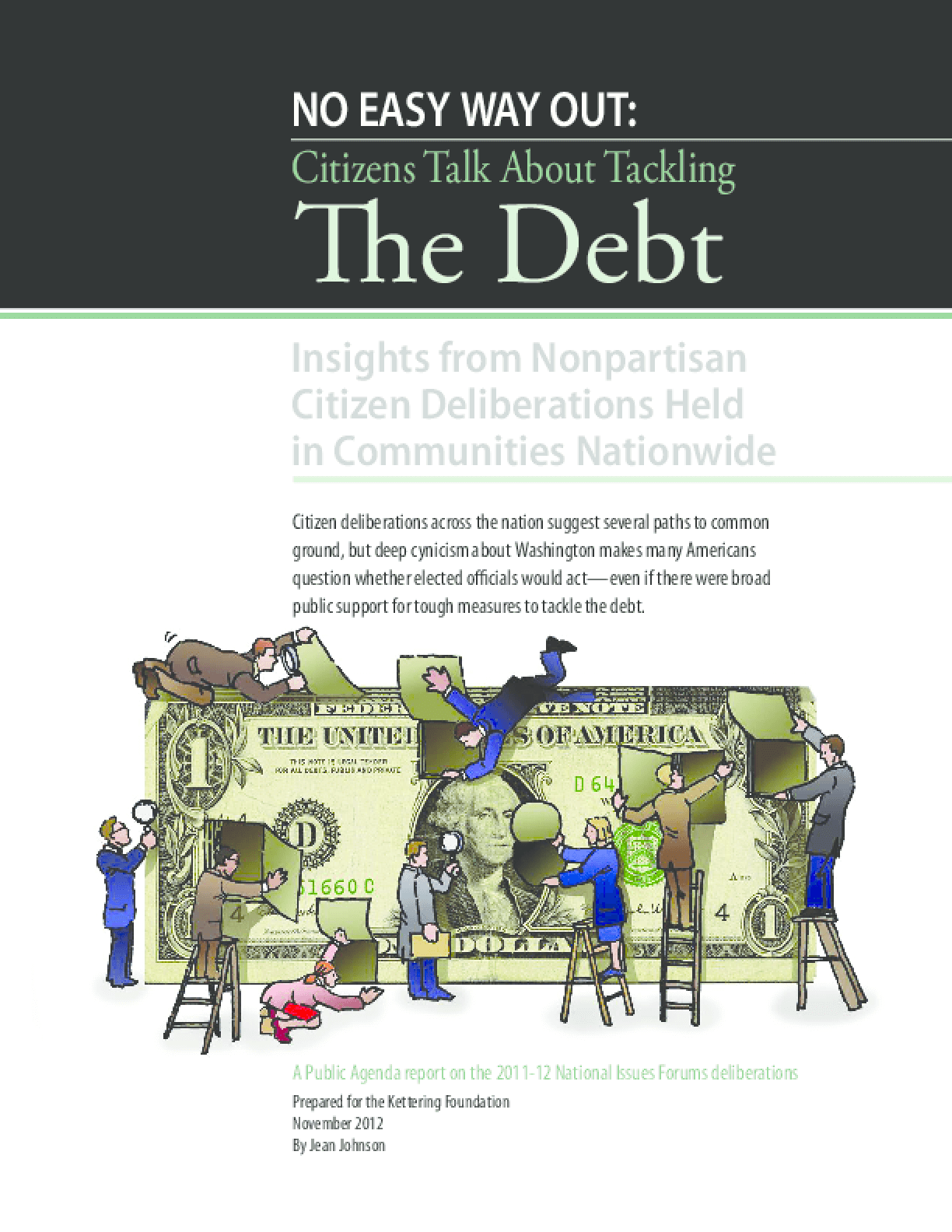