No End in Sight: The Agony of Prolonged Unemployment

Despite positive signs of economic growth and a rising stock market, millions of unemployed Americans see no end to the Great Recession that devastated their finances and threw their lives into turmoil. No End in Sight: The Agony of Prolonged Unemployment, a nationwide Work Trends survey of more than 900 workers who have been jobless since August 2009, documents their continuing struggle to find jobs and the sacrifices they have endured in a punishing economy. The report is based on a six-month follow-up survey with the national scientific sample of unemployed Americans reported in the Heldrich Centeras Anguish of Unemployment report released in September 2009. Seventy-six percent of those interviewed in August 2009 were re-interviewed by Knowledge Networks of Menlo Park, California between March 10-23, 2010. 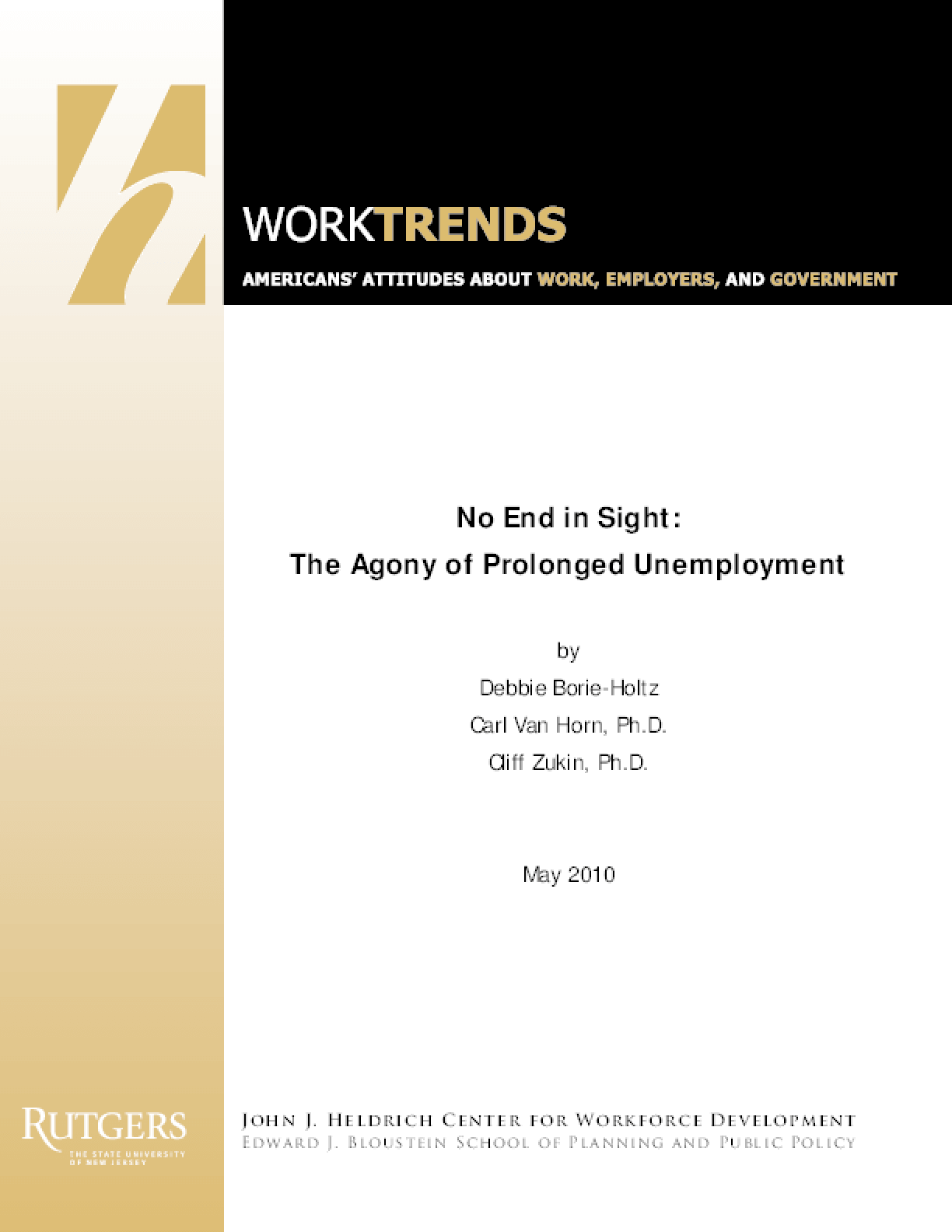