No Going Back: Policies for an Equitable and Inclusive Los Angeles

Prior to the stay-at-home public health directive, civic boosters promoted Los Angeles as a metropolis that was confronting its problems and making progress. Local and state governments enjoyed budget surpluses, unprecedented investments were committed by Angelenos to respond to homelessness, and access to health care and high school graduation rates were at historically high levels, while unemployment and crime rates were at celebrated lows. But behind this glossy view of LA, a closer look at the data would have revealed a very different reality, where decades of structural and systemic racism resulted in significant social, economic, and racial inequality. Just a few months into a global pandemic, the cracks in the broken systems have become gaping holes, widening each day. Today, the calls for systemic change are loud, consequential and urgent.

Early in the response to the COVID-19 pandemic, ten foundations wisely convened a diverse group of community, civic, non-profit, labor and business leaders to identify the systemic issues emerging from the crisis and to offer up a blueprint for building a more equitable and inclusive LA. Their past philanthropic work had made it clear that Los Angeles was becoming increasingly inequitable, and they feared the acceleration of disparate impact centered on income and race. The Committee for Greater LA was formed, and for the past five months, it has steered the analytical work completed by two of LA's leading institutions, UCLA and USC, supported by a team of consultants. The report that follows reflects our discourse, analysis and discovery. 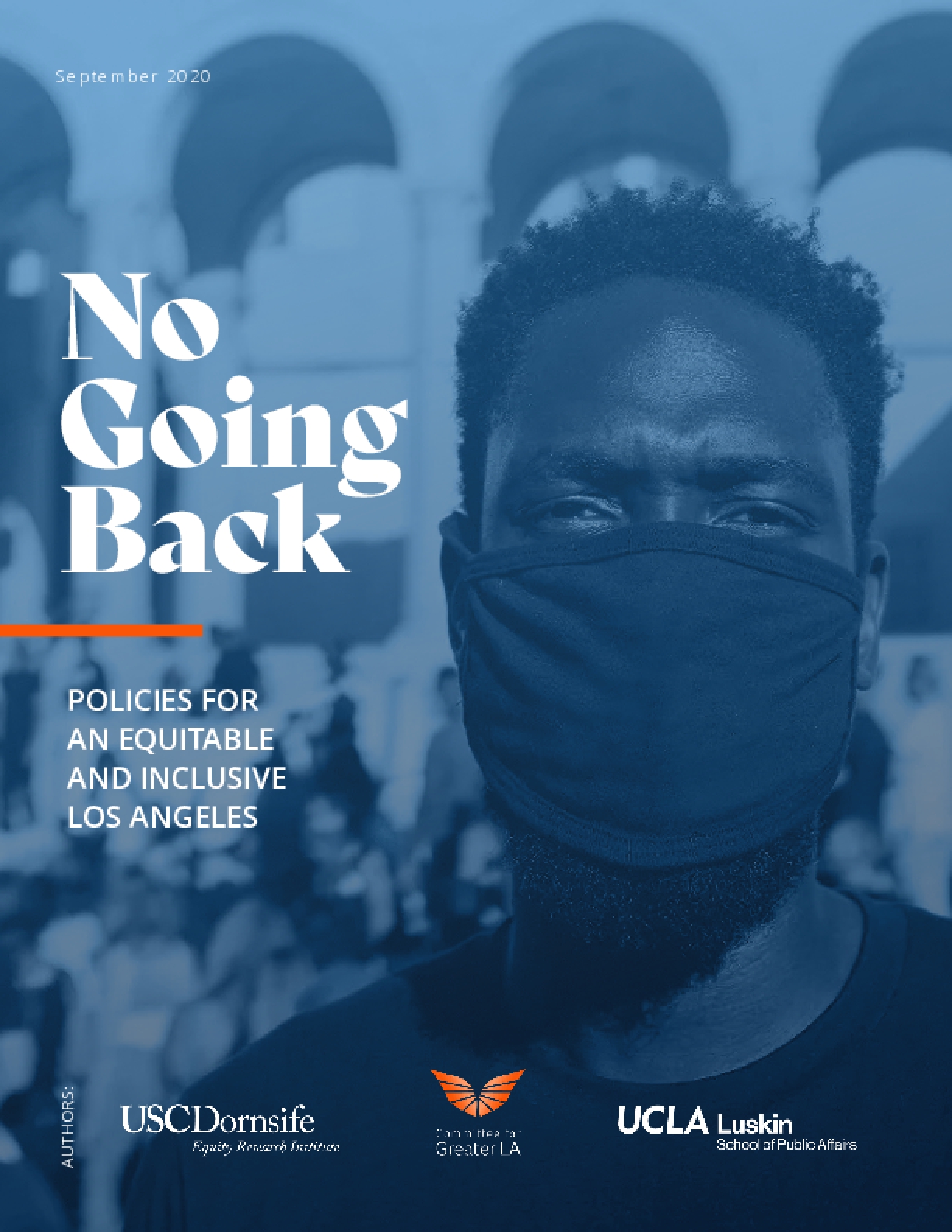