Public Citizen filed complaints with the Internal Revenue Service (IRS) and the Federal Election Commission (FEC) alleging that the nonprofit group Americans for Job Security (AJS) has violated both the terms of its tax status and federal election law. The complaints, which were also sent to congressional committee leadership as part of a request for an investigation into the issue, ask the IRS to revoke the group's tax status and the FEC to fine the group for election law violations.

Americans for Job Security is registered under Section 501(c)(6) of the tax code, the category reserved for business leagues and trade associations. Groups that are registered under this section are prohibited from engaging in efforts to influence elections as their primary purpose. But AJS, which maintains no Web site and appears to have only one paid employee, spends millions of dollars on advertisements to influence elections without appearing to engage in any other substantive efforts, according to the complaint. While many groups registered under 501(c) of the tax code participate in some level of electioneering activity and others may have violated the law, Public Citizen has identified AJS as one of the most egregious offenders. In response, Public Citizen asked that the IRS revoke AJS's 501(c) status, collect back taxes for its undeclared electioneering activities and require it to pay penalties for violating its tax-exempt status. 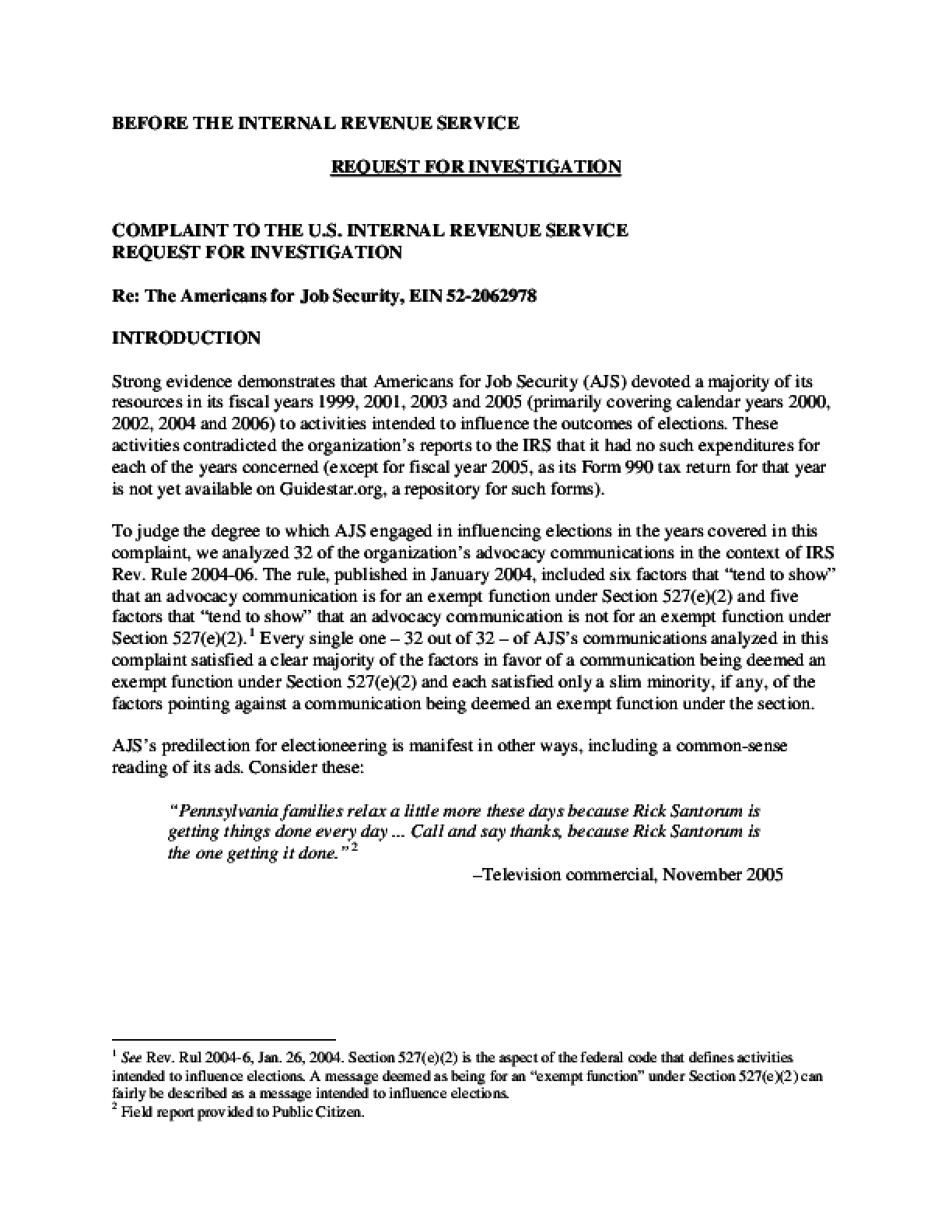