The economy is trending up, slightly and slowly, but upward. Unemployment is trending down, slightly and slowly, but downward. The historical record shows that these broad changes impact giving as donors gain more confidence in their own economic futures. This study reveals to what extent charitable organizations in the United States and Canada began to see changes in charitable receipts in 2012. This work is important because, as other studies show, nonprofit charitable organizations continue to face rising demands for services and lower revenues from government grants and fees paid, user fees, and other resources.Using effective fundraising to generate sustained philanthropic giving can be part of the solution to the growing pressures many nonprofit organization managers perceive. Nearly 1,200 organizations answered NRC survey questions in early 2013 about charitable receipts from January through December 2012. Responding charitable groups included large and small organizations (by budget size) and organizations fromevery sub-sector, from Arts, Culture & Humanities to Religion. The survey reached organizations in the United States and Canada. Questions ranged from changes in charitable receipt amounts in 2012 compared with 2011 to expectations for 2013. Sections of this report share findings from the major sections of the survey.The first section of this report shares results about charitable receipts in 2012 and compares them with results from similar surveys from 2002 through 2011. This first section also compares what charities expected would happen in 2012 with what actually did. Toward the middle of the report, we share findings from questions related to planned giving and whether nonprofit organizations in this study have a formal planned giving program. As part of a series of rotating questions, we also asked about specific methods that charitable organizations might use to keep donors informed and engaged. This report includes some key findings, such as the percentage of responding charities that send a thank you acknowledgement, how many in this study are using e-newsletters, and other aspects of donor engagement. 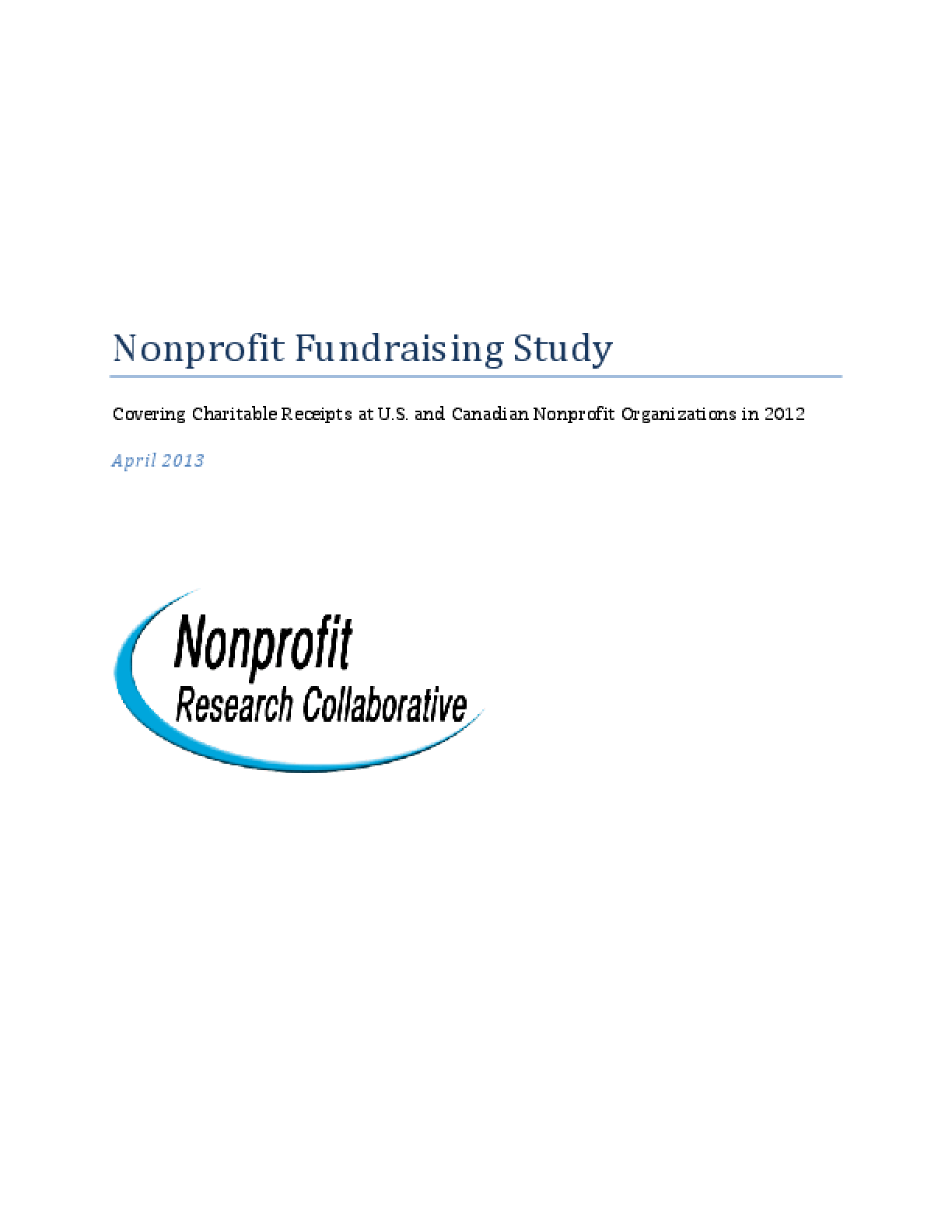