Nonstandard Work Schedules and the Well-Being of Low-Income Families

Daily, millions of employees work schedules that are outside the traditional work week and daytime hours of Monday through Friday, 6:00 a.m. to 6:00 p.m. Nonstandard hours (evenings, nights, andweekends) may be worked on regular or rotating shifts, on irregular schedules, or on call. Working inthe evenings and nights, when most people are at home, workers keeping nonstandard hours are, at times, invisible to daytime workers. Nevertheless, coming to clean when office workers are gone, stocking shelves in stores after hours, or guarding empty buildings overnight, workers with nonstandard schedules play a vital role in our fast-paced economy.

The consequences of nonstandard work hours are not distributed evenly among all workers, but lie heavily on low-income families. Sixty percent of all workers with nonstandard schedules have earnings below the median of the typical American worker, and 40 percent have earnings that are lower than those of 75 percent of all workers. These workers face resource limitations and external constraints that constantly challenge the viability of working on a nonstandard schedule. In these times of job scarcity, it is important to discuss policies that make it possible for these workers to hold onto these jobs while at the same time reducing the conflict that working nonstandard hours brings to workers and their families. 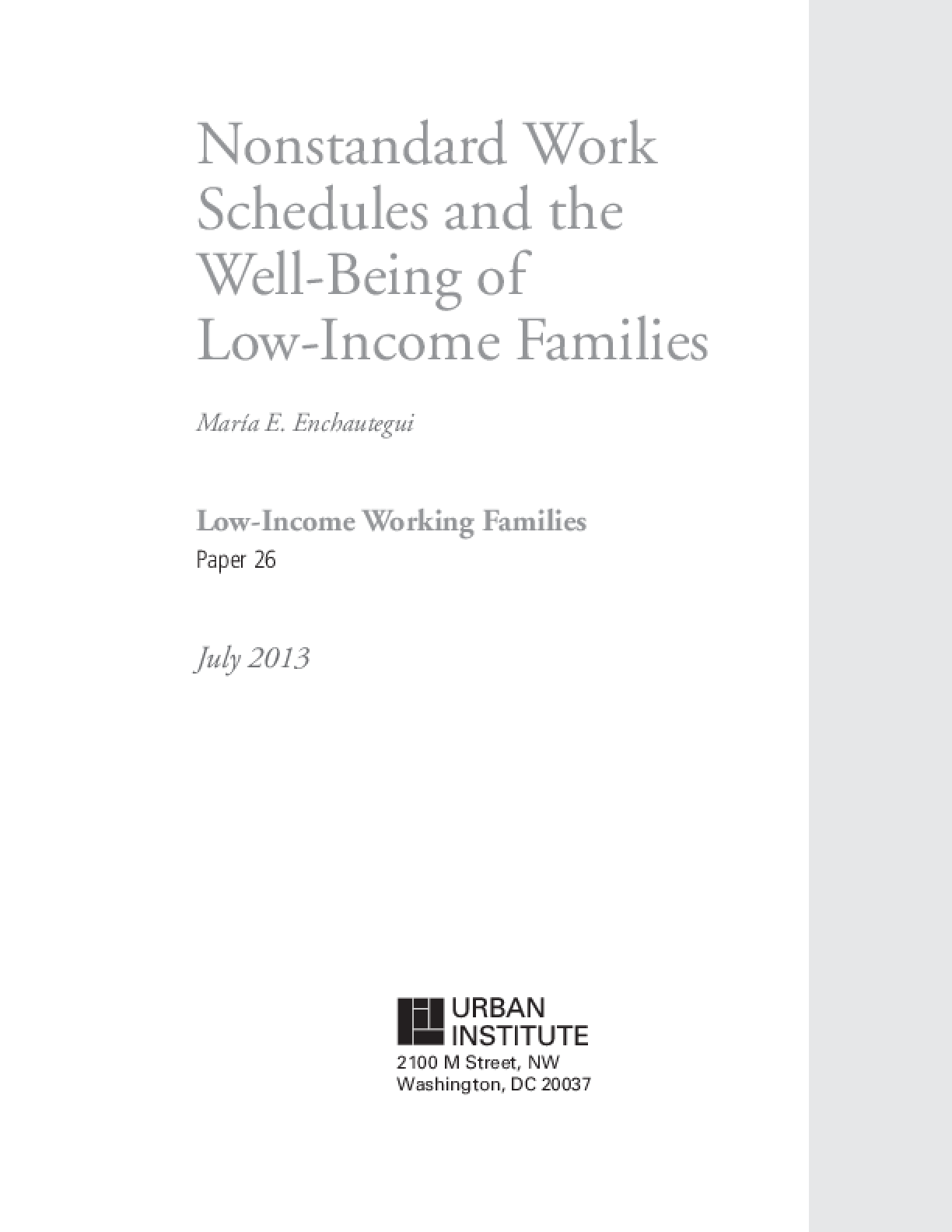