This report is based on data that was originally collected by the San Francisco Juvenile Probation Department. The data reflect all juvenile arrests in the city and county of San Francisco that were referred to the Probation Department and are presented in two ways: 1) total number of arrests per year, and 2) total number of individual youths who were arrested during a given year. Many of the youths who were categorized in the race/ethnic field as "Other Asian" and "Other" can be classified into a specific race/ethnic group by examining the youth's last name. A database of common Asian Pacific Islander surnames and the race/ethnic group that coincides with that surname was developed for the purpose of this project. 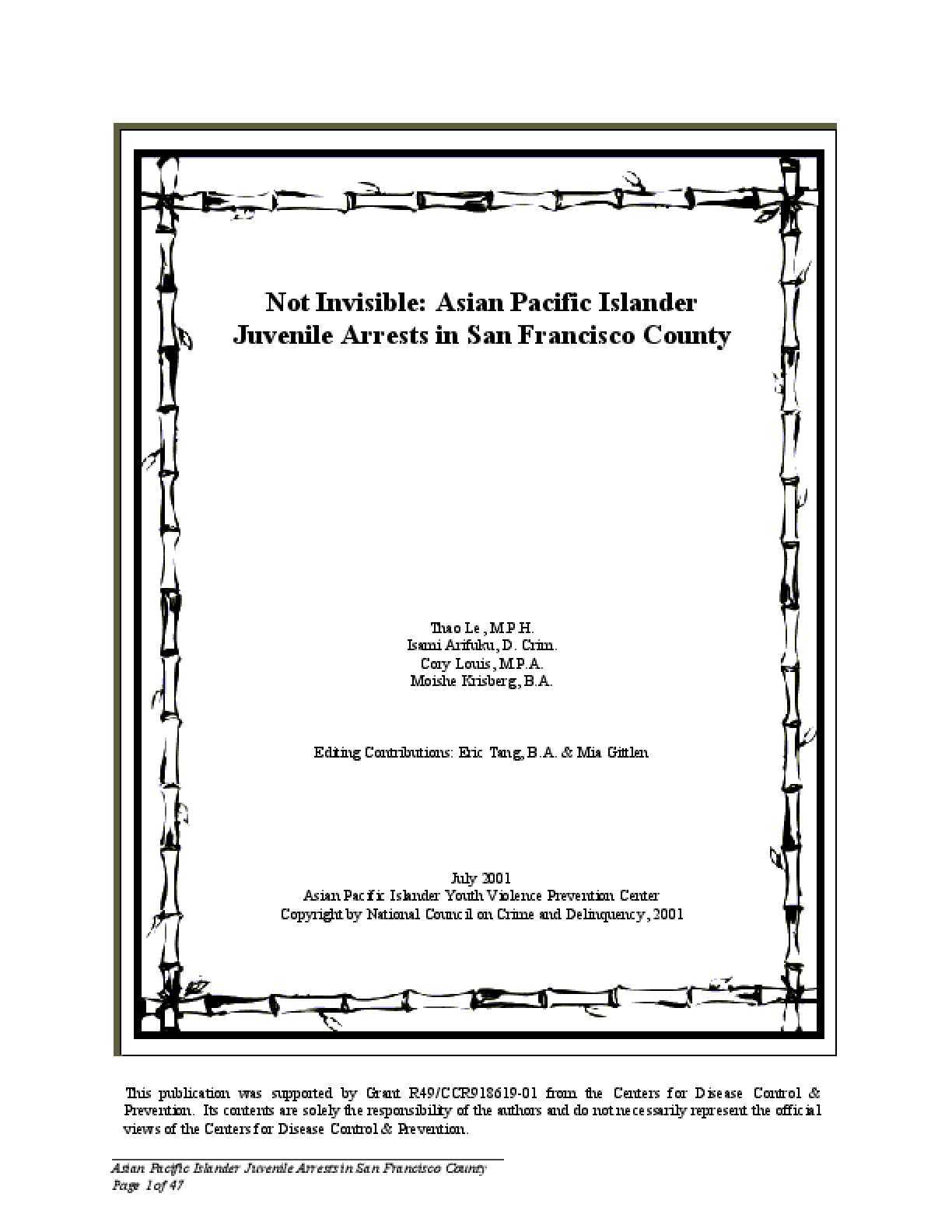