O, Miami: How a Festival Infused a City with Poetry

After receiving his MFA from FIU in 2008, P. Scott Cunningham launched his own poetry-focused faux-school, the University of Wynwood, which stages colorfully offbeat events in the geographic heart of Miami's art scene, reflecting Cunningham's desire to take contemporary poetry far from its academic comfort zone. What he eventually envisioned moved dramatically beyond the University of Wynwood's playfully unorthodox readings. Spurred on by a Knight Foundation arts grant, Cunningham brainstormed a project which would not only be a "world-class" event in itself, but transformational for Miami writ large. His idea? O, Miami -- a poetry festival as wry in tone and all encompassing in scope as its very name, one which would attempt to, with a nod to Joyce, make poetry general throughout the city. This is a report of the inaugural festival. 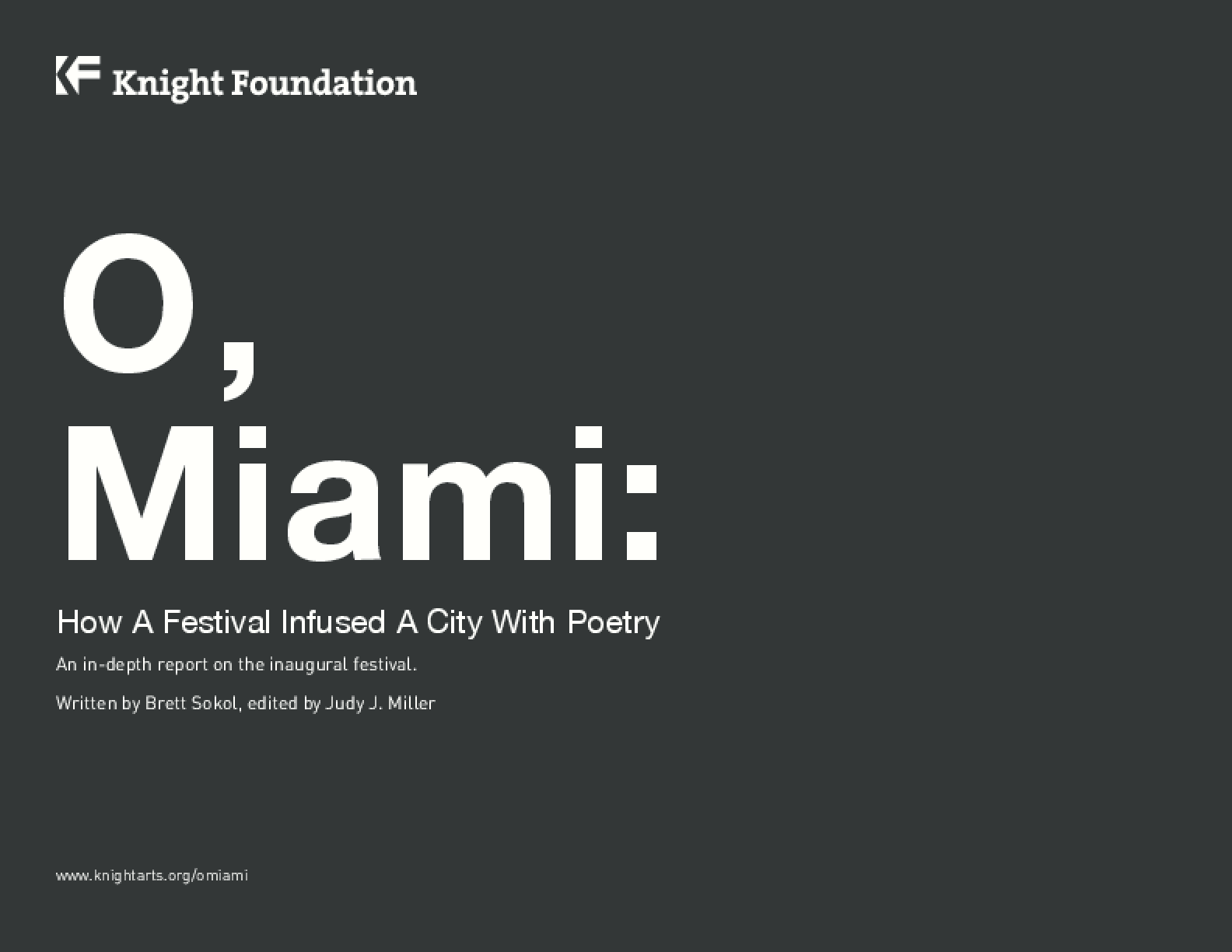