On February 9, 2016, President Obama released his $4.15 trillion fiscal year (FY) 2017 federal budget proposal, a 5 percent increase over 2016. In his final budget request, President Obama is calling for investment into clean energy research and development to double by 2021, from $6.4 billion (in 2016) to $12.8 billion. The budget seeks $7.7 billion for clean energy research at 12 federal agencies, with the Department of Energy receiving the bulk of the funding (80 percent). The extra funding would support the development of clean, renewable energies such as bioenergy, geothermal, hydrogen, solar, water, and wind, as well as clean-vehicle technologies and energy storage. The proposed 2017 budget increases the Department of Energy's (DOE) funding by 10 percent over 2016 estimated levels, raises the Environmental Protection Agency's (EPA) budget by 4.23 percent, and increases the Department of Transportation's (DOT) funding by 10.27 percent. This issue brief outlines the Obama administration's FY 2017 budget request for several clean energy programs within key agencies. 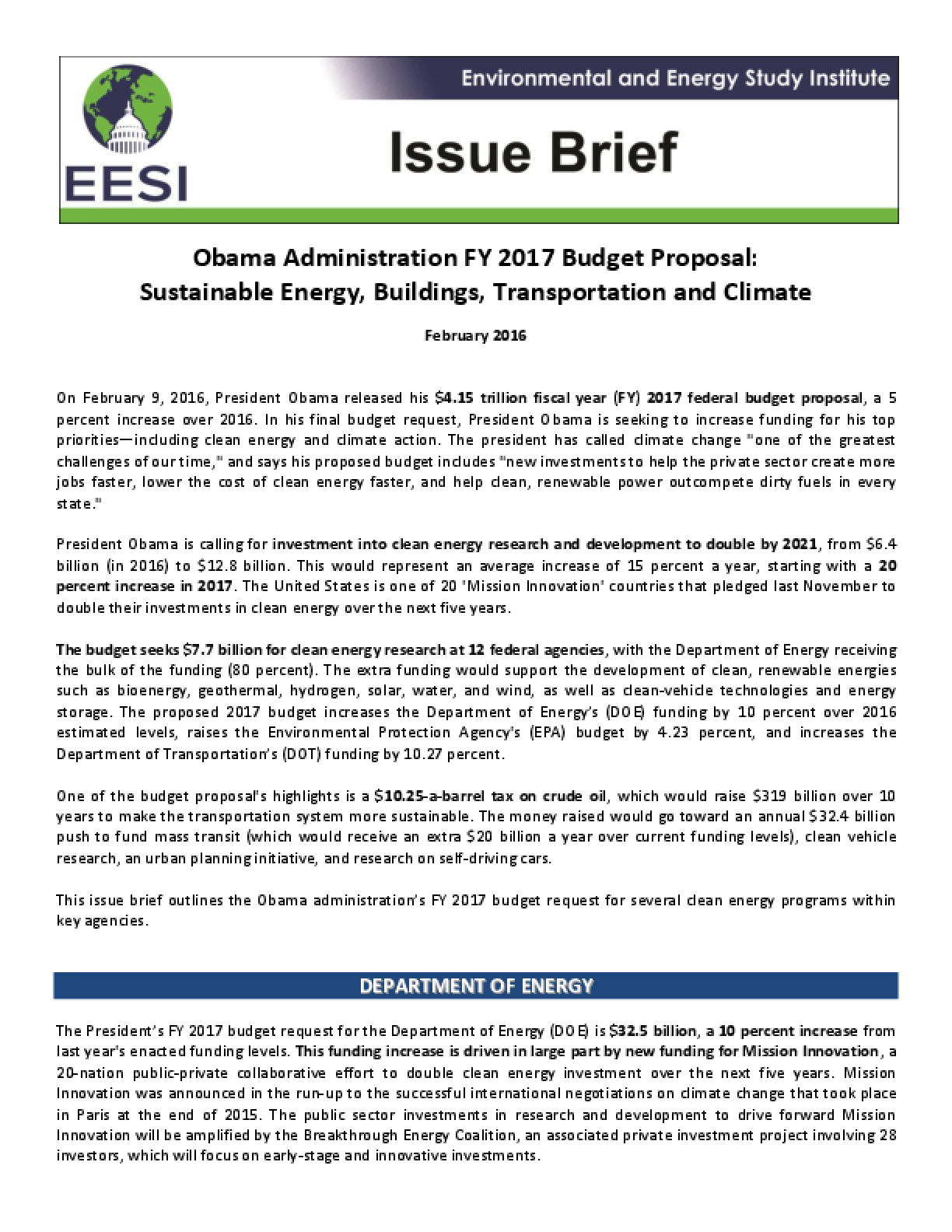