Ohio, Texas, and the Future of American Politics

The emergence of the urban-rural divide in American politics over the past few decades is a critical development in America's voting patterns. Today, rural areas vote predominantly for Republicans, while urban areas vote for Democrats. As a result, America's suburbs have increasingly become a swing region. I discussed this development in broad terms in the previous report. In this report, I look at the political development of two states—Ohio and Texas—which illustrate how "urbanicity" has transformed the United States' political makeup.

While Ohio has historically been considered the nation's premier swing state, its votes have become more concentrated in rural areas, thereby strengthening the GOP's performance statewide. Rural areas began moving toward the Republican Party in the 1970s, a movement that accelerated in 2016 with Donald Trump on the ballot. On the other hand, the rapid growth of Texas' cities has pushed the state into more competitive territory for the Democrats. Despite the rural and small-town vote shifting toward Republicans, the leftward bolt in Texas' large cities and megacities has contributed to better performance for the Democrats. If these trends continue in future elections, Ohio will become solidly red, while Texas may go blue in the next few cycles. 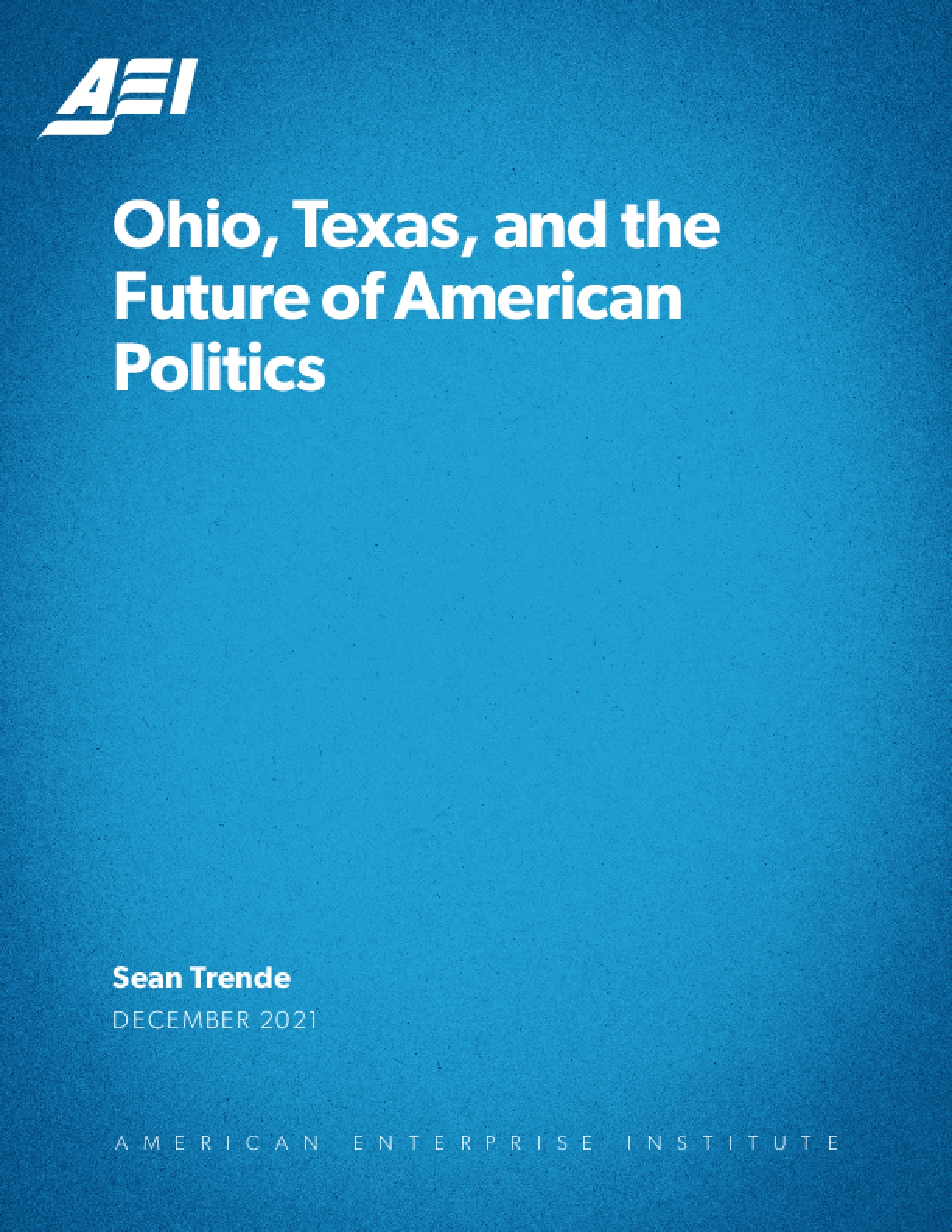