On Views of Race and Inequality, Blacks and Whites Are Worlds Apart

Almost eight years after Barack Obama's election as the nation's first black president –an event that engendered a sense of optimism among many Americans about the future of race relations – a series of flashpoints around the U.S. has exposed deep racial divides and reignited a national conversation about race. A new Pew Research Center survey finds profound differences between black and white adults in their views on racial discrimination, barriers to black progress and the prospects for change. Blacks, far more than whites, say black people are treated unfairly across different realms of life, from dealing with the police to applying for a loan or mortgage. And, for many blacks, racial equality remains an elusive goal. 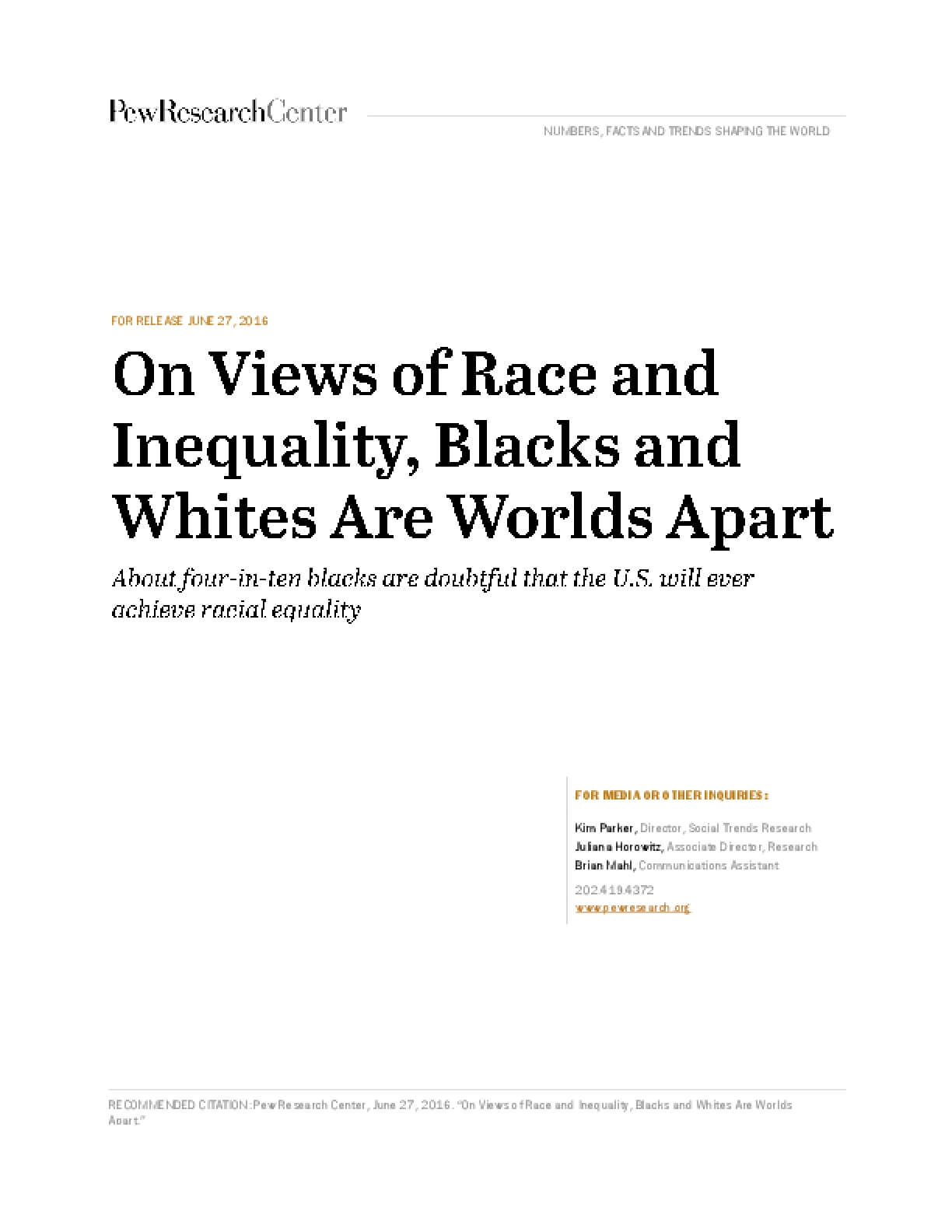