One Minute to Midnight: Will WTO Negotiations in July Deliver a Meaningful Agreement?

One week away from a crucial meeting of the General Council of the World Trade Organisation, time is running out for the Doha round. Almost a year after the ministerial conference in Cancun and three years after the Doha round, negotiations have gone in circles because of the continuing deadlock on key issues such as agricultural reform. The July framework negotiations represent a crucial juncture for rich and poor countries alike. Any dilution of the Doha development objectives to accommodate developed countries' self-interested mercantilism would damage the prospects of poor countries of the South. On the other hand, a failure would further weaken the multilateral trading system. Oxfam calls on WTO members to agree to a meaningful, pro-development framework by the end of July 2004. 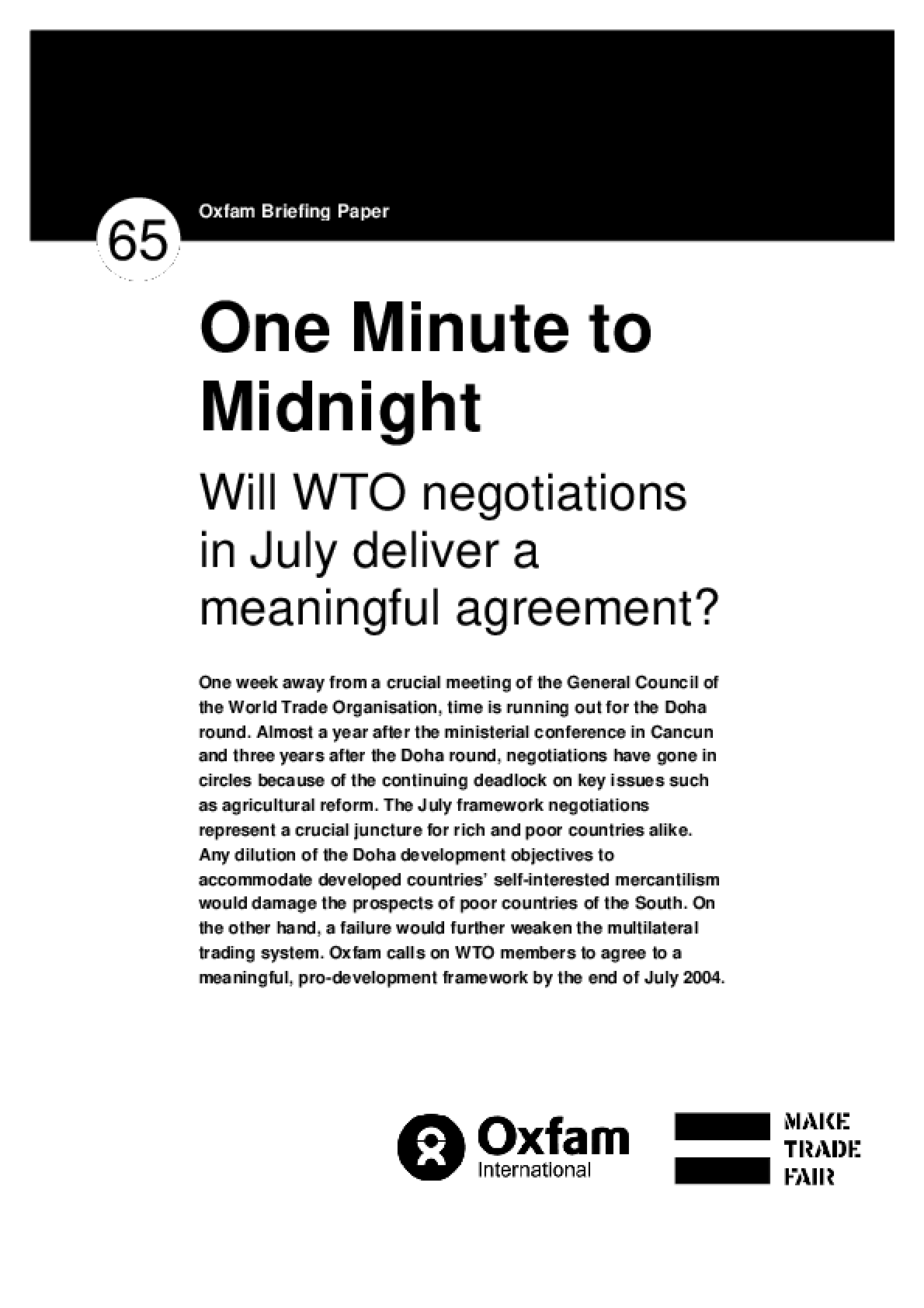