One Sick Child Away From Being Fired: When "Opting Out" Is Not an Option

Professional women are not the only Americans whose jobs are in jeopardy because of work/family conflict. This report discusses a study of 99 union arbitrations that provide a unique window into how work and family responsibilities clash in the lives of bus drivers, telephone workers,construction linemen, nurses aides, carpenters, welders, janitors, and others -- men as well as women -- in working-class jobs. The media tends to cover work/family conflict as the story of professional mothers "opting out" of fast-track careers. Surveys confirm that working class Americans feel work/family conflict acutely: two-thirds of unionized fathers said they were unhappy with the amount of time they dedicated to their children; half of the mothers agreed. The arbitrations communicate the stories of Americans caught between inflexible jobs,lack of resources,and their commitment to do right by their families. The report resulted in six major findings. 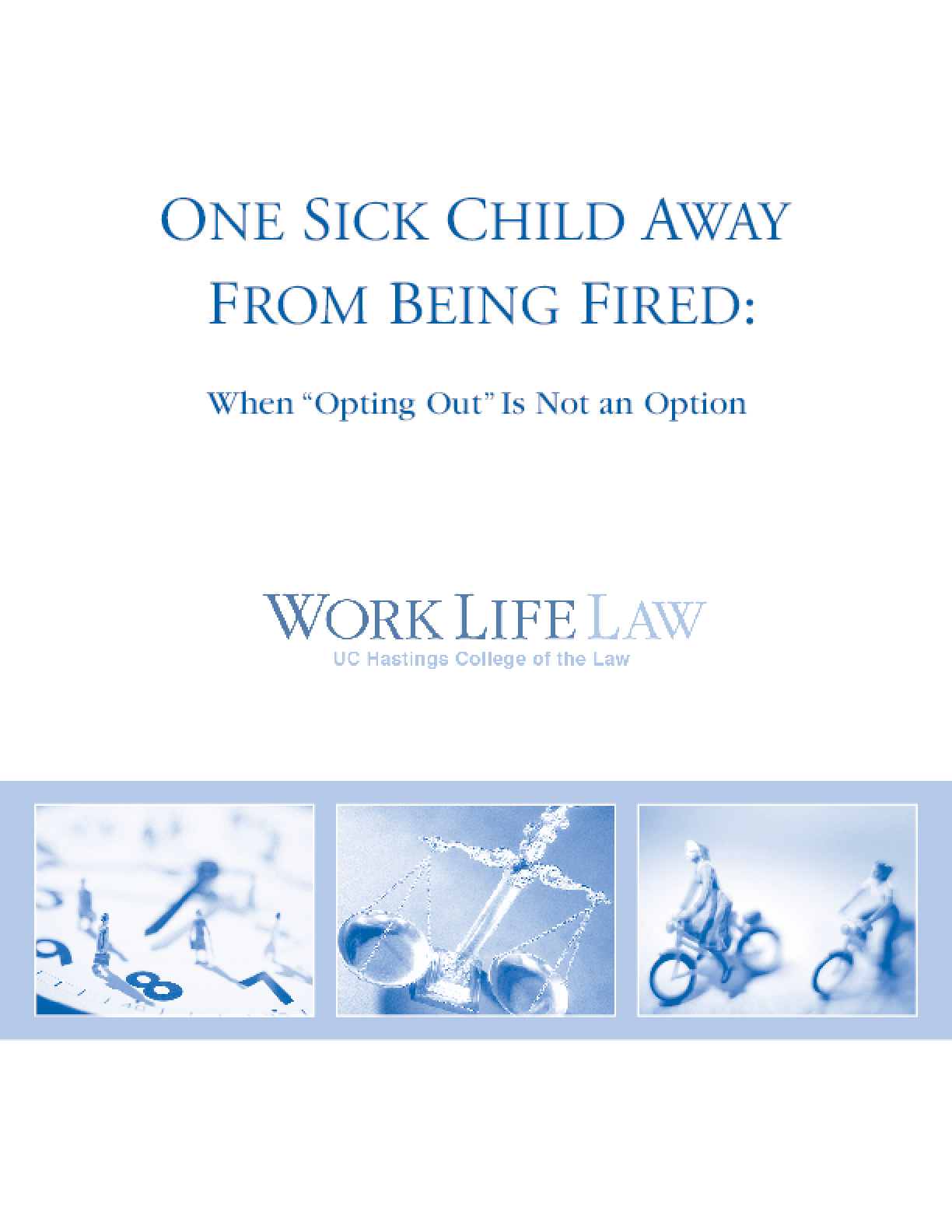