One Size Fits All? Tailored Integration Policies For Migrants in the European Union

As media articles, academic papers and policy reports on the subject have pointed out, immigration to Europe has become more copious, diverse and complex than ever before, with migrants hailing from different cultural, economic and social backgrounds and from all corners of the world. They can be highly skilled or unskilled, temporary or permanent, and their motives and intentions are equally diverse. Reflecting this, immigration policies to manage the flow of migrants into the European Union have also becomemore complex in the last decade, at both the national and supranational level. Yet, despite government recognition that immigration and integration policies should be developed hand in hand, there is little evidence that the latter are being framed with as much attention to detail as the former. This paper looks at current national and EU integration policies, and compares existing policy parameters with the integration needs of some often-overlooked migrant populations within Europe, such as temporary migrant workers,international students and migrant workers from the EU-8 (the countries of central and eastern Europe which joined the EU in May 2004). This paper recommends that policy-makers take a more nuanced approach to integration, developing policies tailored to address the full range of migrant needs. It focuses on integrating newly-arrived migrants into Europe, and on the distinction that Member States make between those who arrive intending to settle and those who do not. 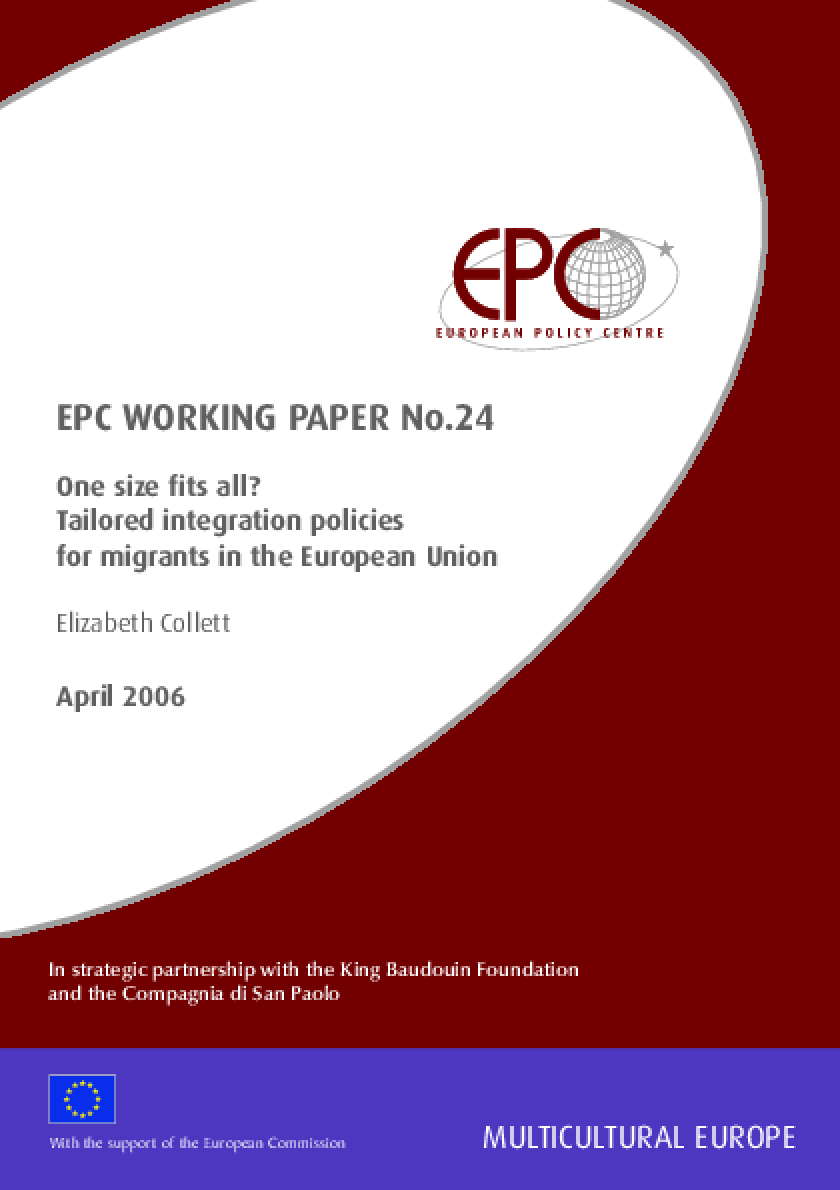