One Step Forward Half a Step Back: A Status Report on Bias-Based Bullying of Asian American Students in New York City Schools

In September 2008, Mayor Michael Bloomberg and former Schools Chancellor Joel Klein announced Chancellor's Regulation A-832, which established policies and procedures on how New York City schools should respond to bias-based harassment, intimidation, and bullying in schools. The Asian American Legal Defense and Education Fund (AALDEF), the Sikh Coalition, and many other community organizations had long advocated for such measures and we applauded the city for taking a foundational step to ensure the safety of all students.

However, as the five-year anniversary of the anti-bullying Regulation approaches, our survey found a significant gap between the promise of bias-free public schools and the day-to-day reality of Asian American students. 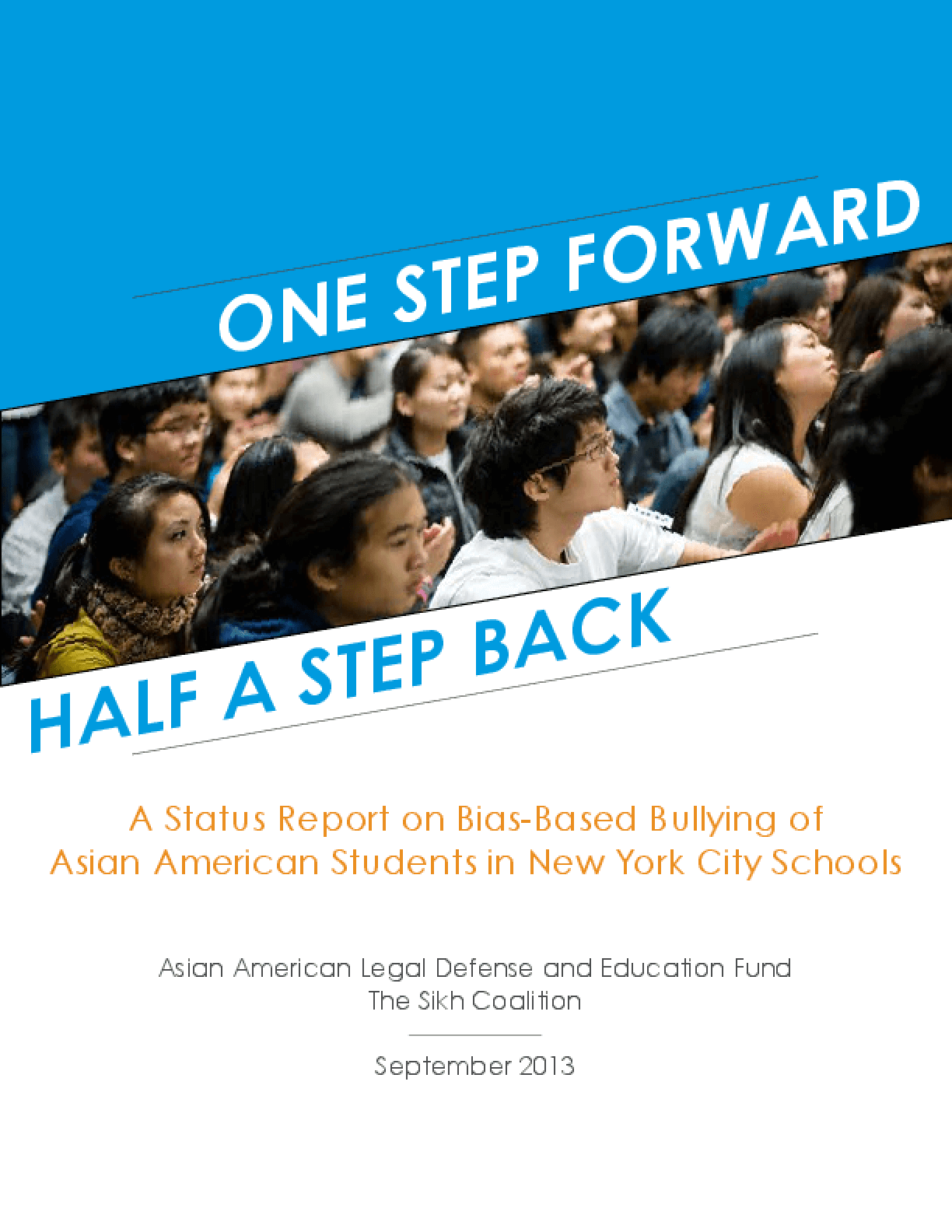