Online No Child Left Behind Survey Responses from Michigan vs. the National Average

The PEN national office launched a 2005 No Child Left Behind (NCLB) online survey to follow up on the 2004 survey. The 2004 survey generated 12,000 responses and greatly influenced the recommendations in the "Open to the Public" report released in March 2005. PEN was particularly interested in reaching grassroots constituencies, but the voices of everyone -- including educators -- were counted. 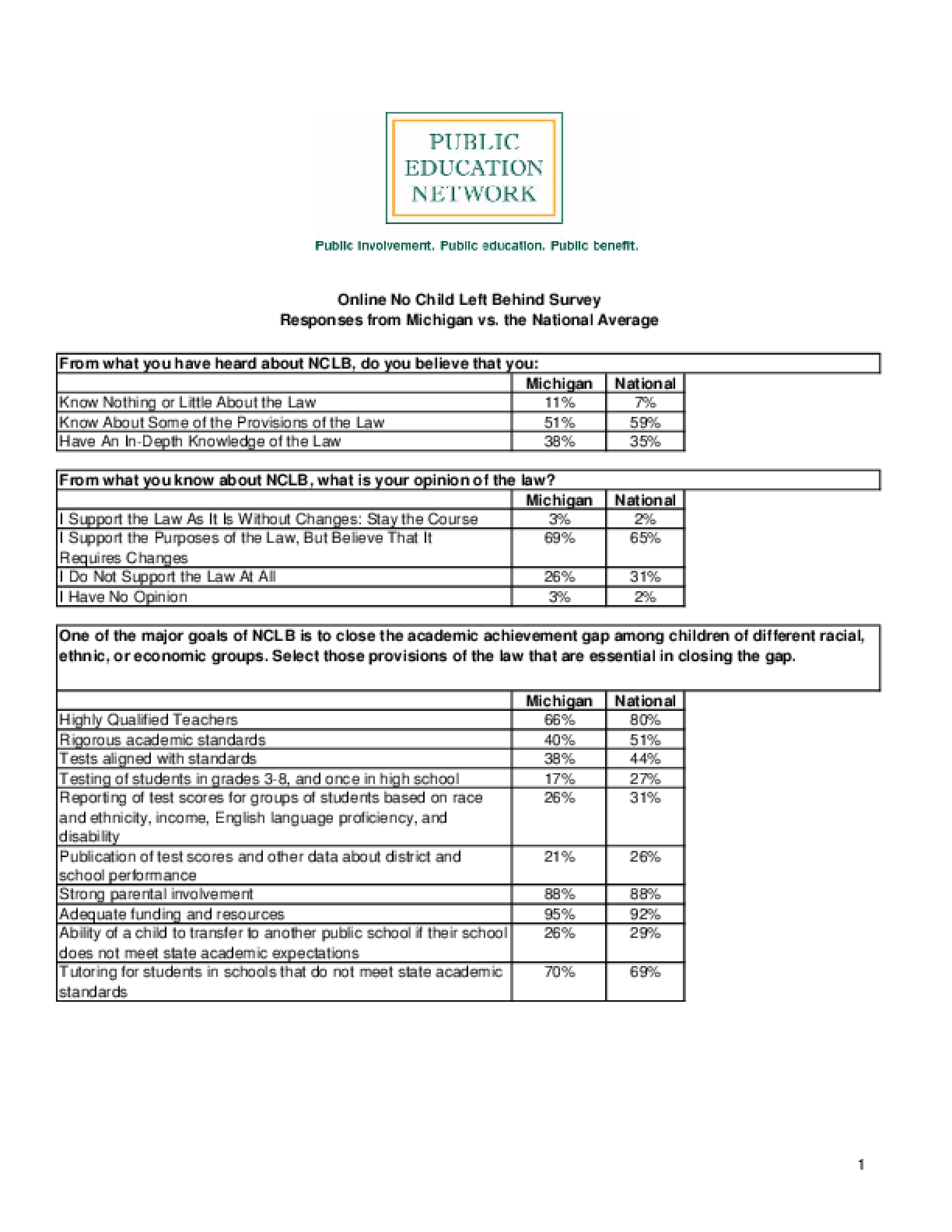