The New Americans Campaign (the Campaign) was formed in 2011 by a group of funders and national partners, including the Immigrant Legal Resource Center (ILRC), to increase the number of eligible lawful permanent residents (LPRs) who apply to become United States citizens. The Campaign, led by the ILRC, draws together a national network of legal service providers, communityand faith-based organizations, foundations and other allies in the public and private sectors. In 2012, the Campaign commissioned Harder+Company Community Research to evaluate whether and how the original eight Campaign sites had increased naturalization rates. The evaluation found that the campaign efforts at these sites had produced increased numbers of completed applications, in large part because of beneficial collaboration, use of innovative approaches, and dynamic learning and support between national and local work. 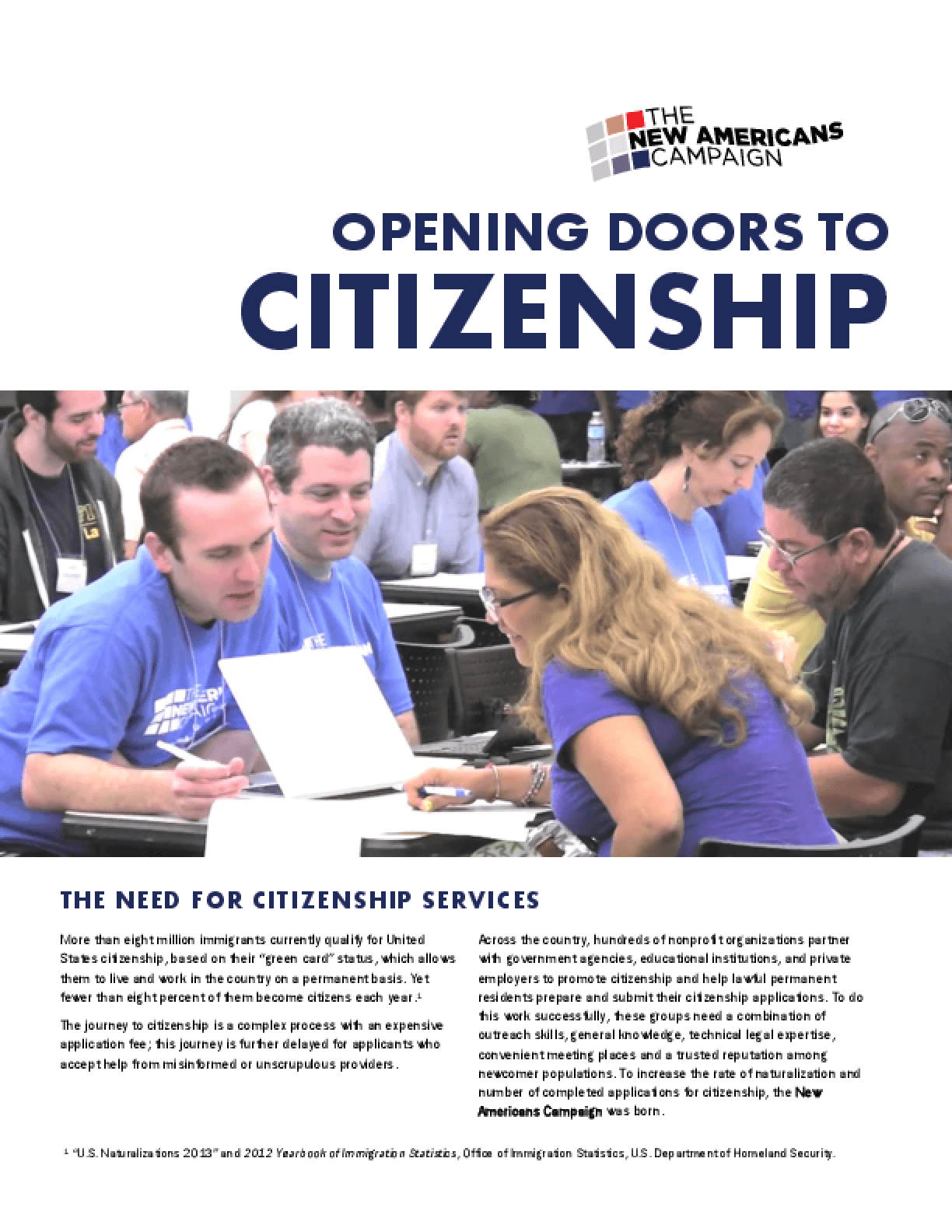