* From 1999 to 2008, overdose death rates, sales and substance use disorder treatment admissions related to prescription pain relievers increased in parallel. The overdose death rate in 2008 was nearly four times the 1999 rate; sales of prescription pain relievers in 2010 were four times those in 1999; and the substance use disorder treatment admission rate in 2009 was six times the 1999 rate.

* In 2012, 259 million prescriptions were written for opioids, which is more than enough to give every American adult their own bottle of pills.

* 94% of respondents in a 2014 survey of people in treatment for opioid addiction said they chose to use heroin because prescription opioids were "far more expensive and harder to obtain." 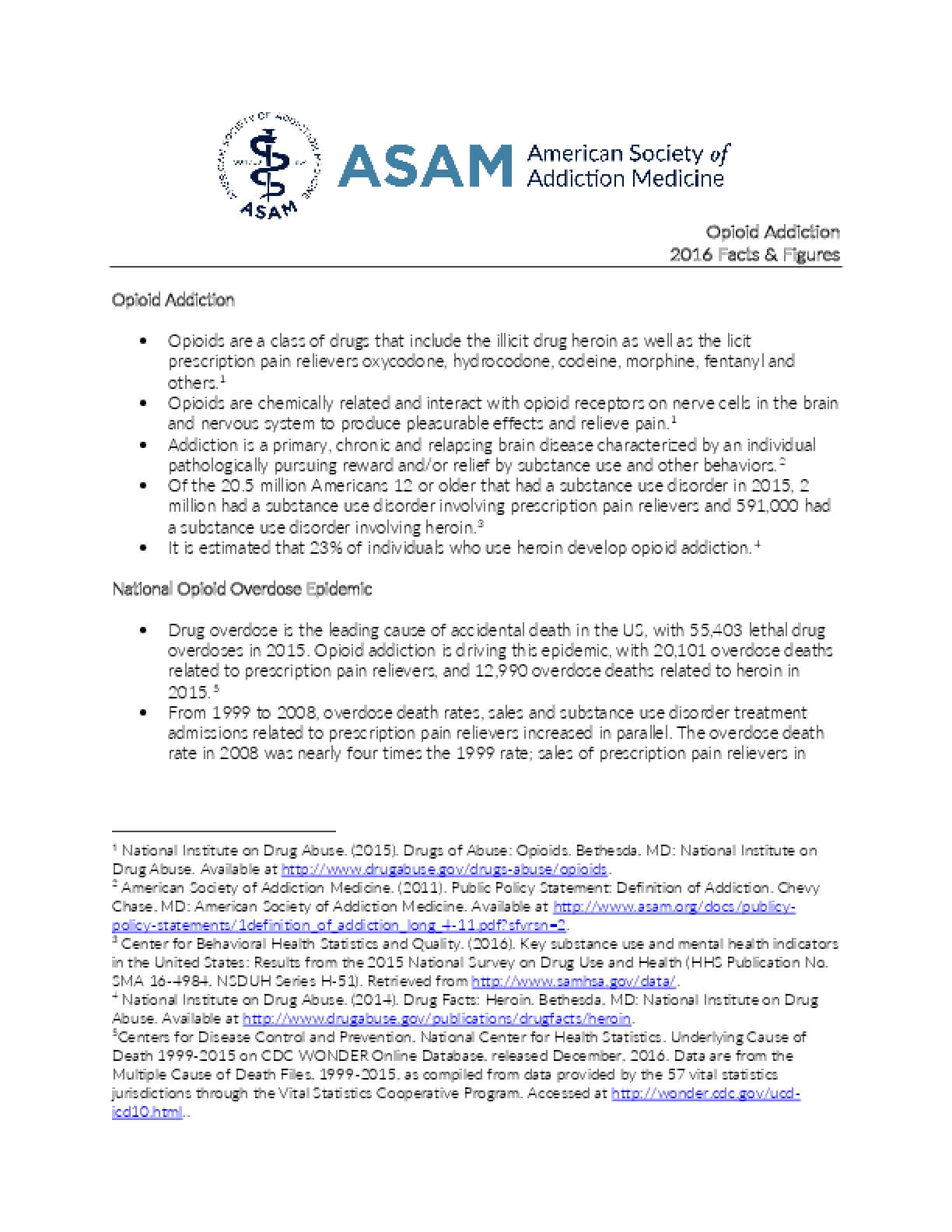