Led by researchers at the University of Michigan, the National Voices Project is an effort to bring the perspectives of thousands of people in communities across the United States to the national dialogue about opportunities and barriers for children related to race/ethnicity. The National Voices Project conducts major national surveys twice each yearamong adults who work and volunteer on behalf of children. These surveys focus on racial/ethnic disparities at the community level that affect children‟s health, education, and economic security.

NVP Survey 1 was conducted in November-December 2011. NVP Survey 2 was fielded in August-September 2012.The final eligible sample for NVP Survey 2 included 2,311 adults from 48 states and D.C. NVP Survey 2 differed from NVP Survey 1 in two key respects: 1) NVP Survey 2 included an oversample in communities included in the "Place Matters" initiative led by the Joint Center for Political and Economic Studies, a fellow grantee of the W.K. Kellogg Foundation. The oversample included sufficient numbers of responses to permit the NVP team to analyze differences across 6 specific "Place Matters" counties, and 2) Questions were asked in greater depth about efforts at community levels about bridging efforts to address racial/ethnic inequities. 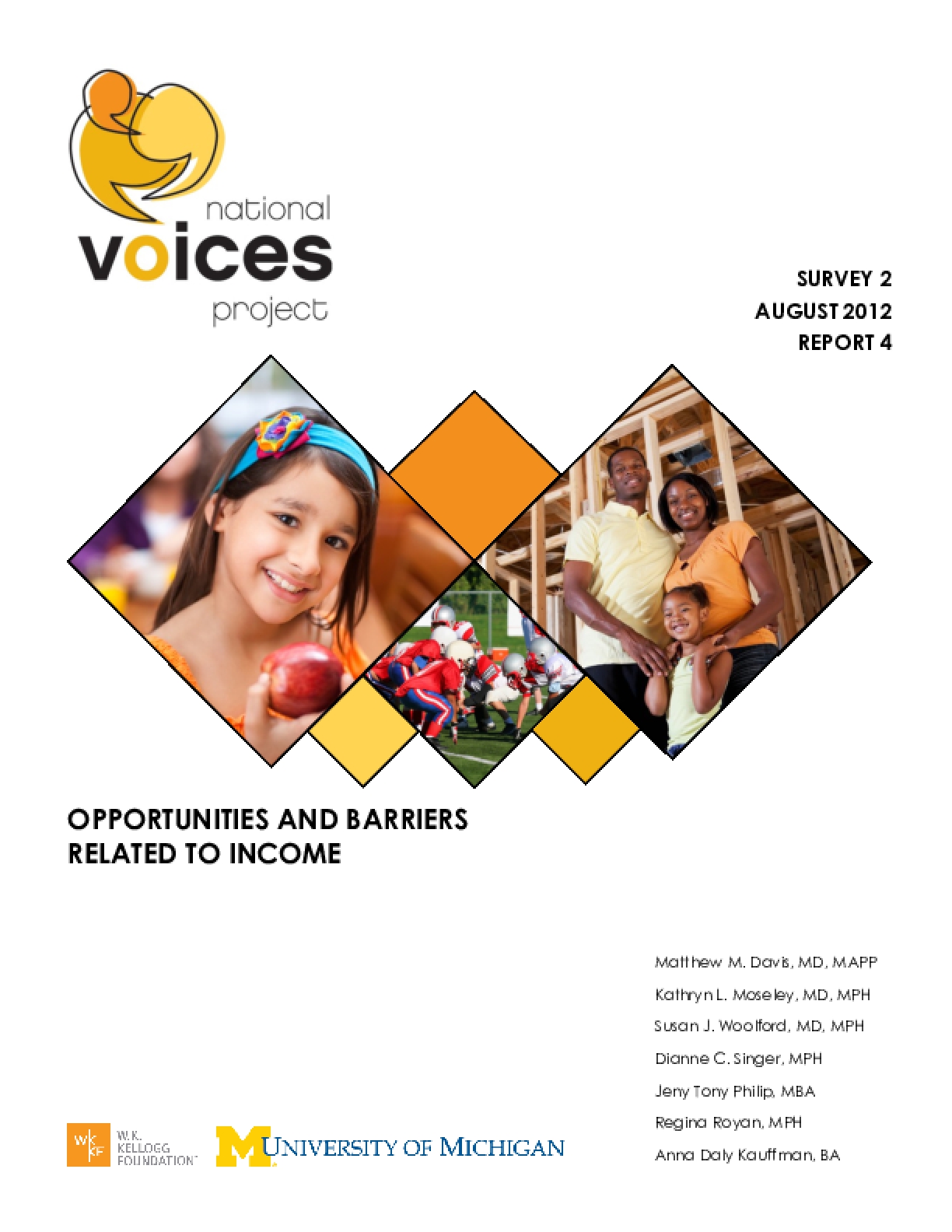