Our Fathers, Our Future: A Portrait of Black Fathers in New Orleans

This paper includes a review of the literature on why fathers matter and statistical data on fathers in New Orleans, followed by stategies for educators, service providers, policymakers, and others to engage and support fathers. Six model programs are highlighted, which successfully address the challenges faced by low-income African-American fathers in New Orleans. 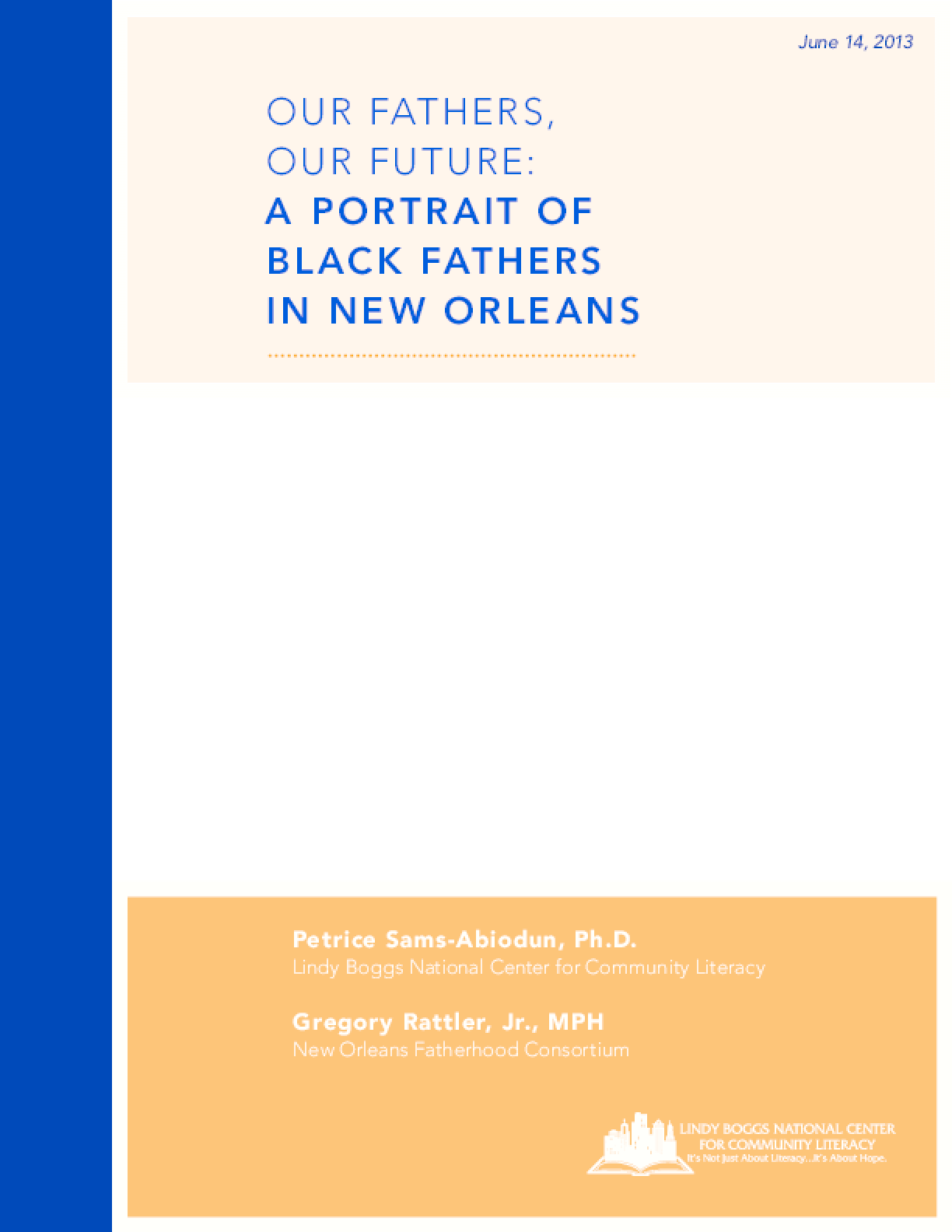