Our Vulnerable Teenagers: Their Victimization, Its Consequences, and Directions for Prevention and Intervention

Teenagers are twice as likely as any other age group to be victims of violent crime, and one in five teenagers report being the victim of a violent crime, according to a new report. The single greatest factor in predicting criminal behavior on the part of teenagers, the report also found, was not teenage pregnancy, drug use, or truancy, but whether they had been a victim of crime. This publication provides a new and comprehensive analysis of existing -- but largely unnoticed -- research and data on the crime experiences of American teenagers ages 12-19, who make up about 14 percent of the general population, but represent 25 percent of victims of violent crime. 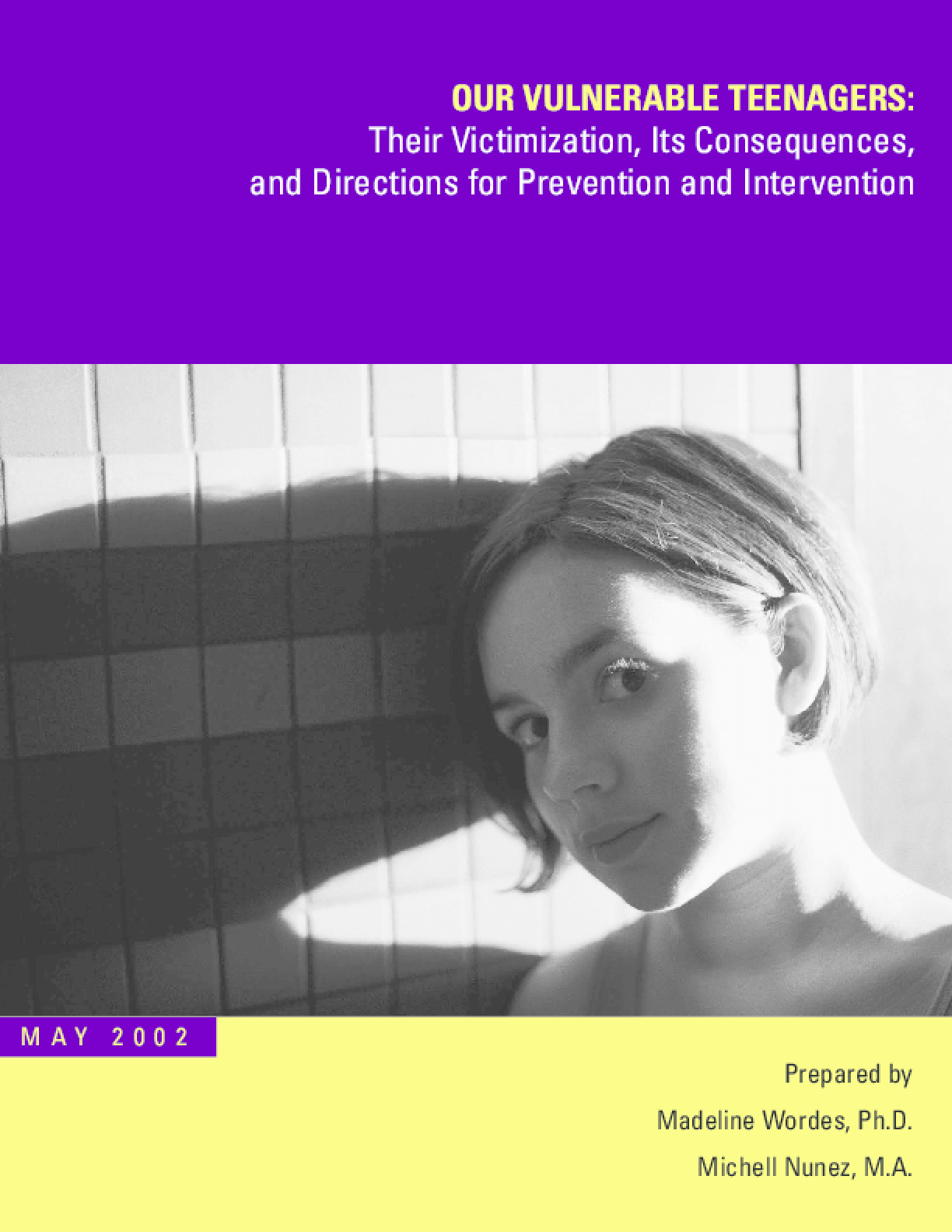