Out of Control: Patients Are Unwittingly Subjected to Enormous, Unfair, Out-of-Network "Balance Bills"

Excessive medical debt resulting from the provision of health care can cause families and individuals to spend down their savings, forego medical treatment, and even go without paying for food and heat. In the United States, medical bills are the leading cause of individual and family bankruptcy. In 1981, only 8 percent of families filing for bankruptcy protection did so in the aftermath of receiving medical care.However, by 2007, more than 62 percent of all bankruptcies were linked to a medical event, according to a study published in the American Journal of Medicine. And bankruptcy was not limited to the uninsured. To the contrary, the study reported that more than 75 percent of filers had health insurance. One driver of excessive health care bills is a practice known as "balance billing," which refers to bills for the difference between the amount that an insurance company is willing to pay for treatment and a provider's total charges. Providers who are not members of a patient's insurance network have charged patients as much as 9,000 percent of what Medicare would have paid for the same procedure.In contrast, payment for in-network medical services is on average 123 percent of Medicare. Patients can be subjected to balance bills despite making their best efforts to avoid them. For instance, they might receive care at an in-network facility, only to find out later that an out-of-network doctor also provided medical services. This is because many doctors work at hospitals rather than for hospitals, and are not members of the same insurance network as the hospital. Solutions are possible at both the federal and state levels that would protect consumers from balance bills without unduly burdening providers or insurers, or upsetting the existing system of insurance networks. This paper outlines policies that have been implemented at each of these levels and proposes additional protections at the federal level. 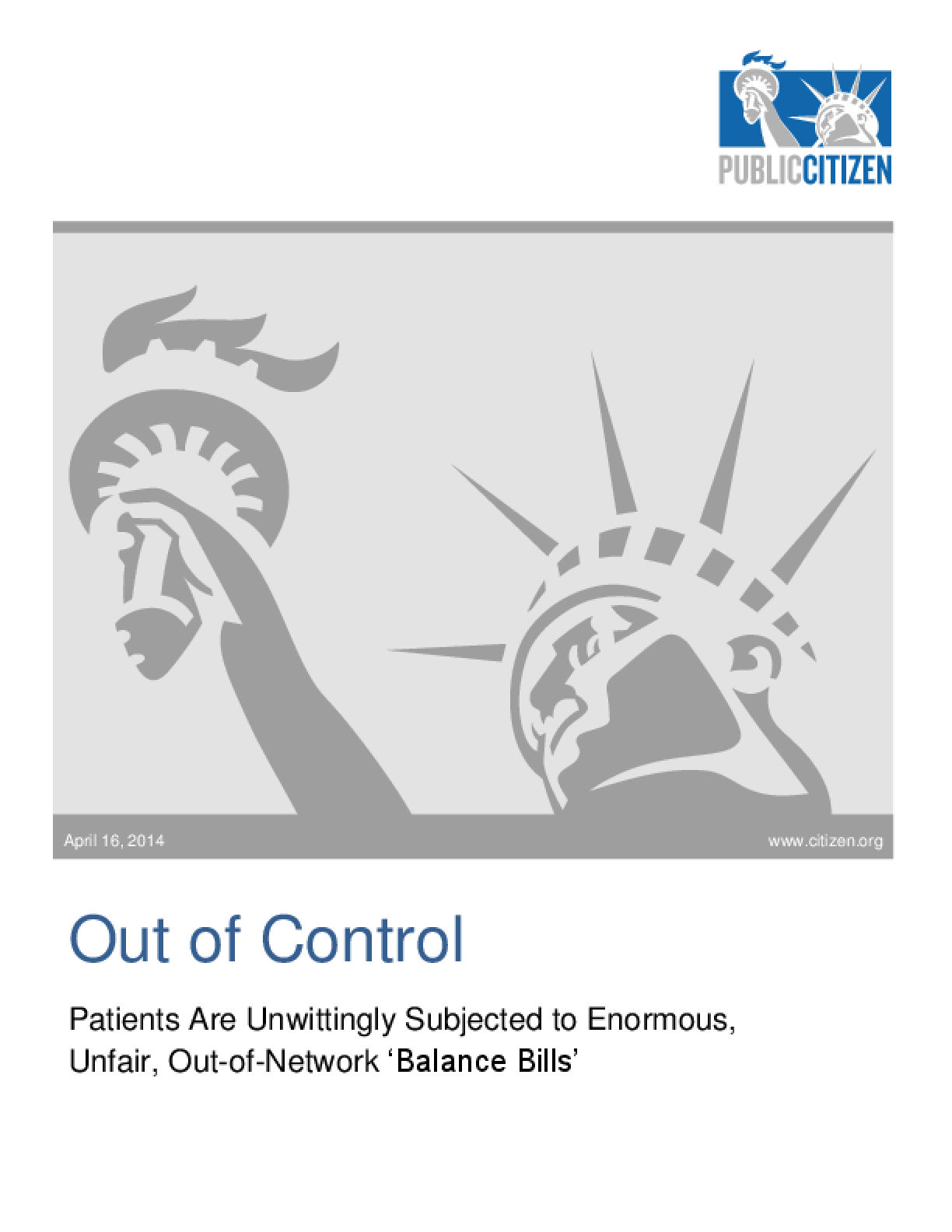