Out of School and Off Track: The Overuse of Suspensions in American Middle and High Schools

Analyzing data from over 26,000 U.S. middle and high schools, the report reveals profound disparities in suspension rates when disaggregating data by race/ethnicity, gender, and disability status. The report identifies districts with the largest number of "hotspot" schools (suspending 25 percent or more of their total student body), suggests alternatives that are already in use, and highlights civil rights concerns. 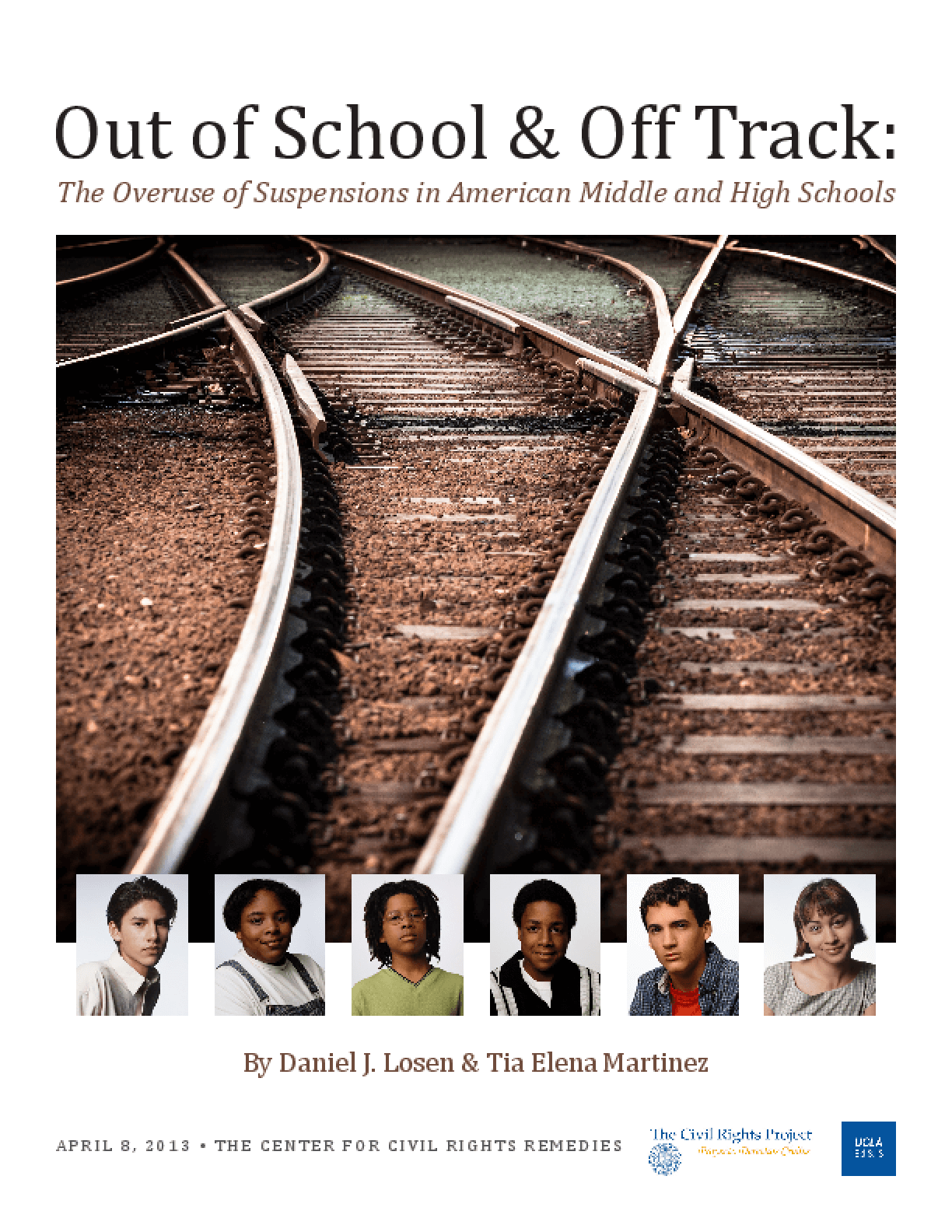