A key component of the immigration reform bill now being debated in Congress is a new temporary worker program that, ostensibly, would replace the current stream of undocumented migration with a regulated flow of less-skilled immigrant workers. However, growing long-term labor shortages in key industries dependent on less-skilled labor require the recruitment and training of permanent entry-level workers, both native-born and foreign-born, to fill a wide range of occupations. Yet the larger immigration reform bill provides for only a small increase in the overall level of permanent immigration, and the vast majority of this increase is not geared to the growing demand for less-skilled labor. In addition, the temporary worker provisions of the legislation, as they now stand, do not provide a path to permanent residence for any new temporary workers, and set a cap on the admission of temporary workers that falls well below current labor demand. As a result, neither industry nor workers have incentives to invest in each other to maximize the economic benefits of a temporary worker program. An alternative program that allows workers to apply for permanent status would better address industry's need for a larger and more settled less-skilled workforce and would more likely discourage undocumented immigration in the future. 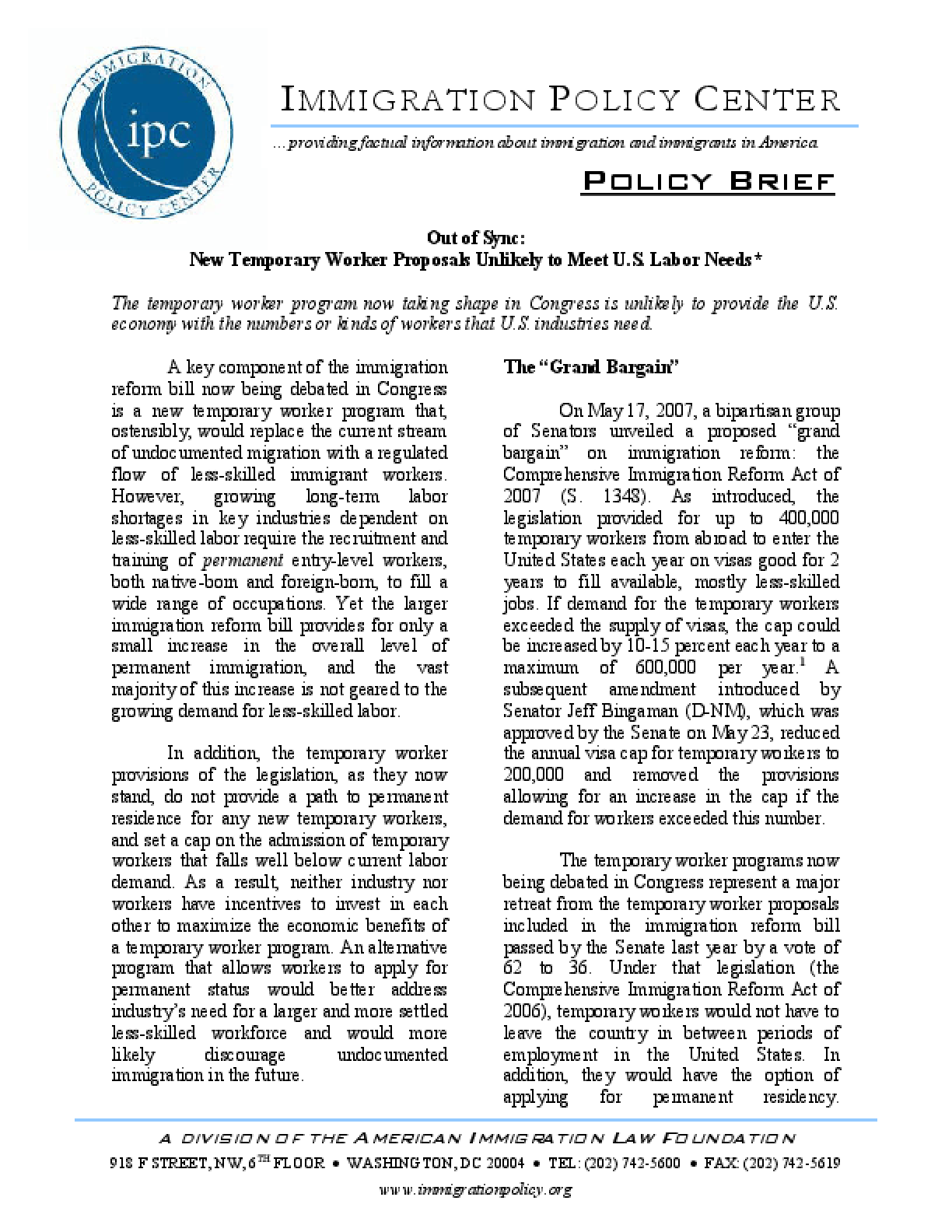