Here in part two, we begin our examination of community resilience. It builds on the findings in part one by taking a closer look at the context of climate change and violence in three countries where Christian Aid works: Angola, Honduras and Mali. Each case study sets out the particular context in terms of conflict, violence and climate change, explores the links between climate vulnerability and violent conflict, and discusses approaches to supporting climate and conflict resilience in that country, based on the experiences of Christian Aid staff. In Angola, the protection of land rights is essential in building resilience and climate change adaptation among communities. In Mali, tackling security challenges and programming with an awareness of the presence of unusual actors are key to moving forward in a region vulnerableto both extreme weather and conflict. In Honduras, building environmental resilience using conflict sensitivity principles offers great promise in addressing the challenges. Both climate change and violence are extremely context specific,and therefore, this paper does not attempt an across-the-board analysis according to a set of quantitative indicators. However, it does attempt to identify parallels and differences between the three case studies, in order to make some recommendations for policy development and wider application. Most importantly, part two takes the view that building resilience in communities is just one important part in the menu of options – it does not stand alone in responding to the challenges of climate change and conflict. When taken alongside community-level tools for understanding the root causes of violence, such as participatory vulnerability and capacity assessments (PVCAs), and when complemented by national and global advocacy on the responsibilities and obligations of duty-bearers and market actors, it becomes the building block in Christian Aid's overall approach to climate justice. 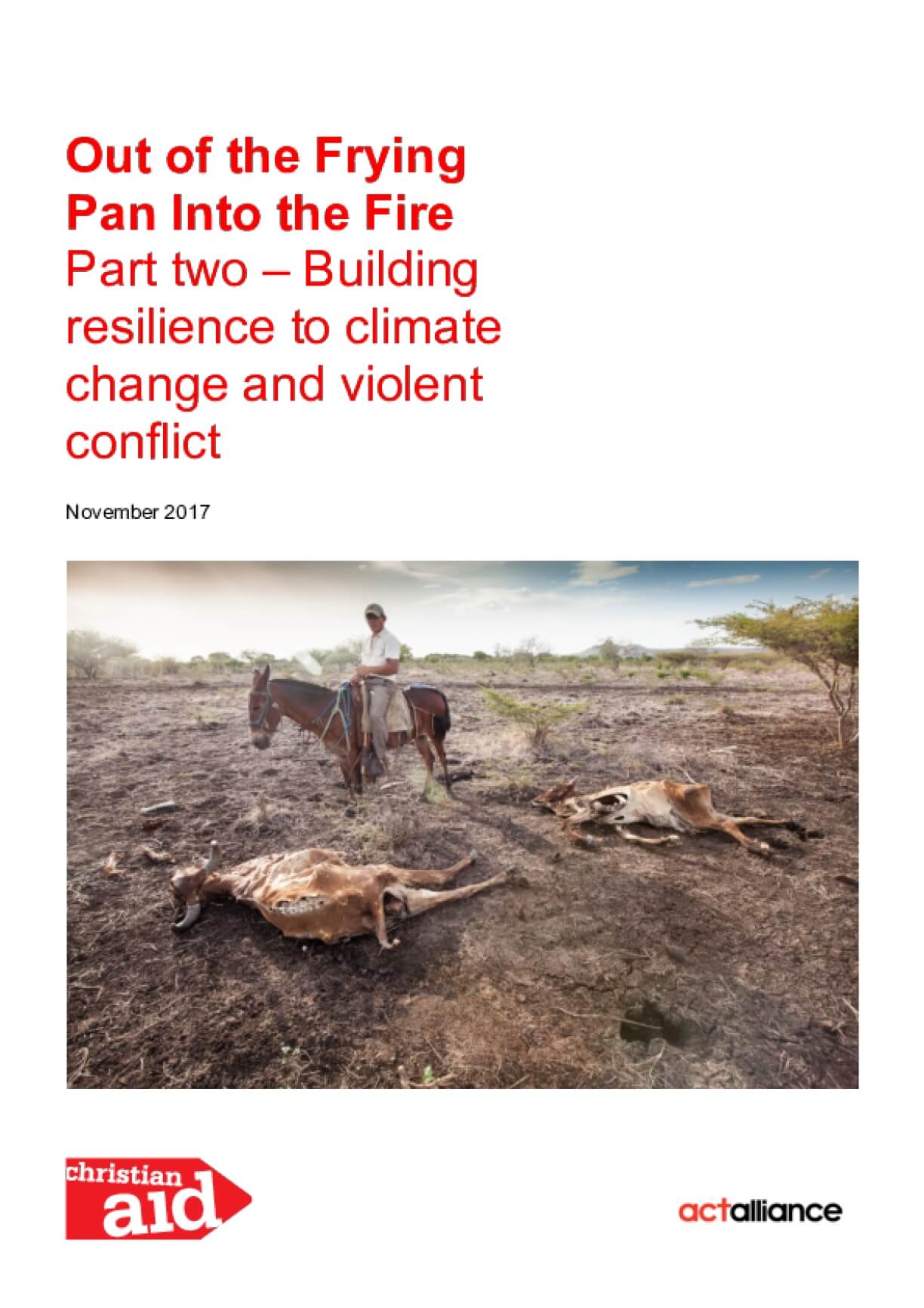