Outcomes Based Assessment of Universities

This study summarizes recent and continuing research conducted by the Center for College Affordability and Productivity (CCAP) on the metrics used for measuring college performance. Unlike other rankings, this study does not concentrate on the inputs of college education such as endowment size, number of faculty, or the educational preparation of students as measured by SAT scores, etc. Instead, it focuses on the outputs, namely the success of students after graduation. Using the names of entrants in Marquis Publishing's 2008 edition of Who's Who in America as our standard for measuring high levels of success, we collected the names of over 5,200 individuals, along with their educational background.This is more than a 5 percent sampling of all names listed in this standard reference work. From this sample, we then calculated which colleges produced the most successful graduates. The results thus far have been both fascinating and surprising.We have found that while going to top ranked schools as measured by standard college rankings does correlate with success, it is a weaker relationship than many may have previously believed. The study reveals that the "industry standard," U.S. News & World Report (USNWR) rankings, on the whole, is only weakly related to graduate success. This suggests that the characteristics contributing to the value of a student's education differ substantially from what is typically assumed. The goal of this study is not to serve as a definitive source for ranking and comparing colleges. Rather, the research presented herein will hopefully serve as both an impetus and road map 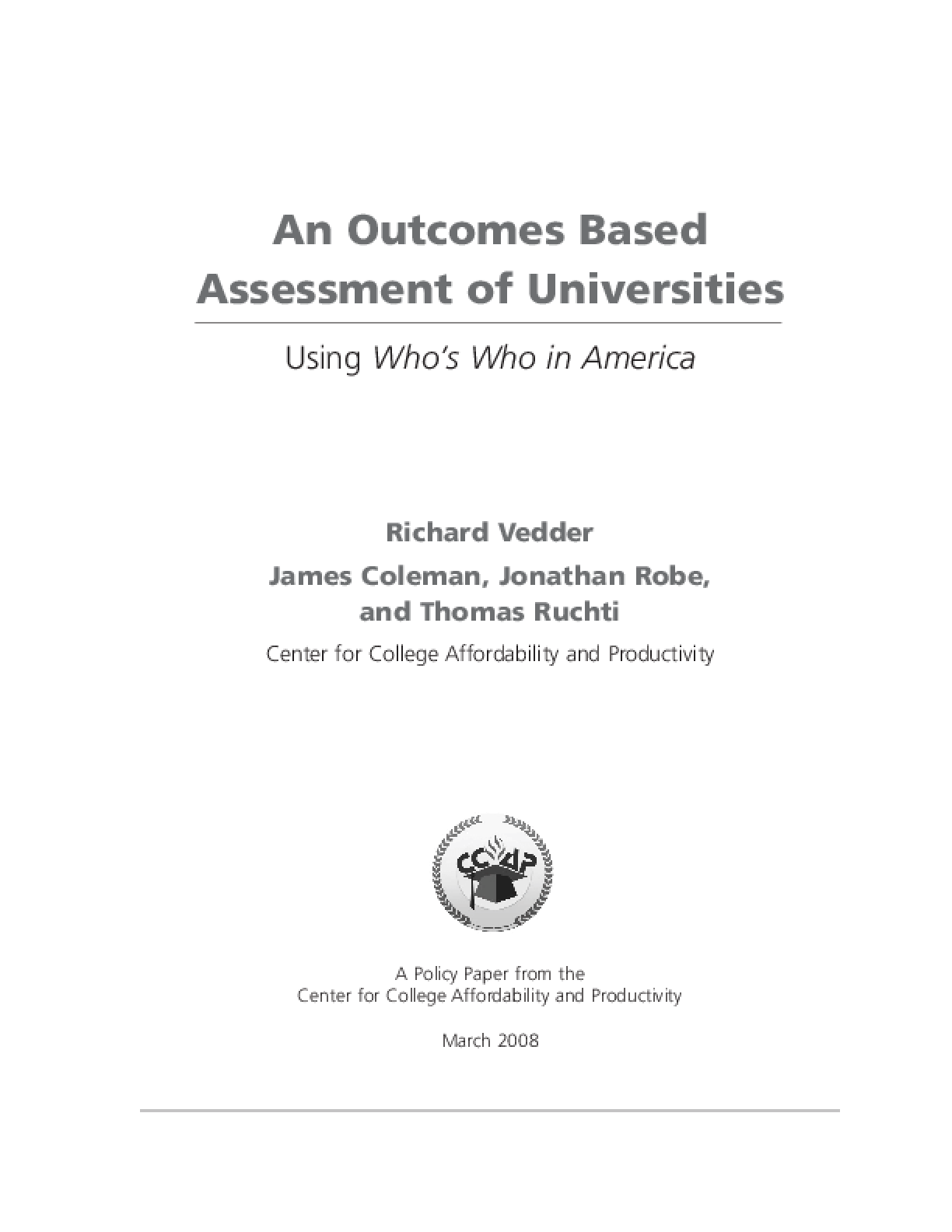