Earlier this week, the U.S. Census Bureau published its official poverty estimates noting a decline in poverty across the population. In this brief, we use additional Census data released today from the American Community Survey (ACS), the only regular source for estimating yearly child poverty rates at, and below, the state level. We examine child poverty rates across the United States by place type, region, and state (see Box 1).

Child poverty decreased across the United States from 21.7 percent in 2014 to 20.7 percent in 2015 (see Table 1). Nationwide child poverty rates are still higher, however, than they were in 2009, at the end of the Great Recession. Child poverty has declined to 2009 levels in rural areas only, and remains above pre-recession levels in all place types (analyses not shown).

Child poverty declined across all place types over the past year, as shown in Table 1. It remains lowest in suburbs and highest in cities, though rural areas are not far behind. Regionally, child poverty rates were highest in the South and lowest in the Northeast; yet, Northeastern cities have higher child poverty than cities in any other region. Child poverty fell in thirteen states and only rose in Mississippi—the only state with a child poverty rate over 30 percent. New Hampshire child poverty remains among the lowest nationwide at 10.7 percent, a significant decline from last year. See Figure 1.

While these child poverty declines are promising and corroborated by results from the official poverty statistics published earlier this week, it is important to keep in mind that most states experienced no change between 2014 and 2015. Lower child poverty rates appear to be driven by higher median incomes over the past year. 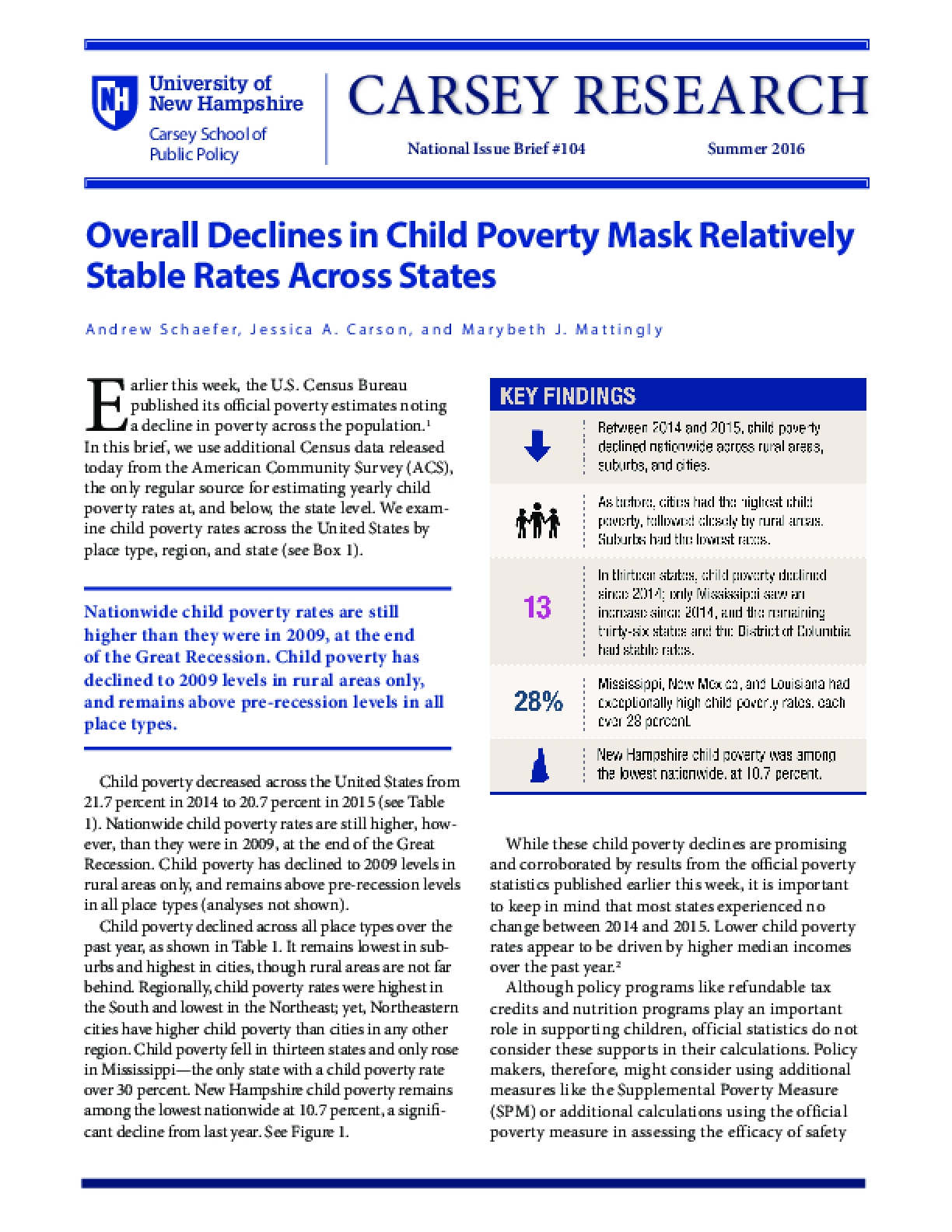