Fish are a vital source of nourishment, especially to people in the world's poorest nations. Widespread overﬁshing has led to a decline in catch globally; however, the links between overﬁshing and food security have not been well-understood. The authors of scientific article "Food security implications of globalmarine catch losses due to overfishing." assessed potential losses, globally and regionally, in ﬁsheries catch and revenue resulting from overﬁshing. They found a third to a half of commercial marine species had been overﬁshed during the past half-century, with billions in potential revenue lost. By placing country-level catch loss trends in the context of undernourishment levels in many of the world's poorest countries, the authors estimated that in 2000 the additional catch from sustainable ﬁshing could have helped 20 million people cover their food deﬁcit and avert undernourishment. This Pew Ocean Science Series report is a summary of the scientists' ﬁndings. 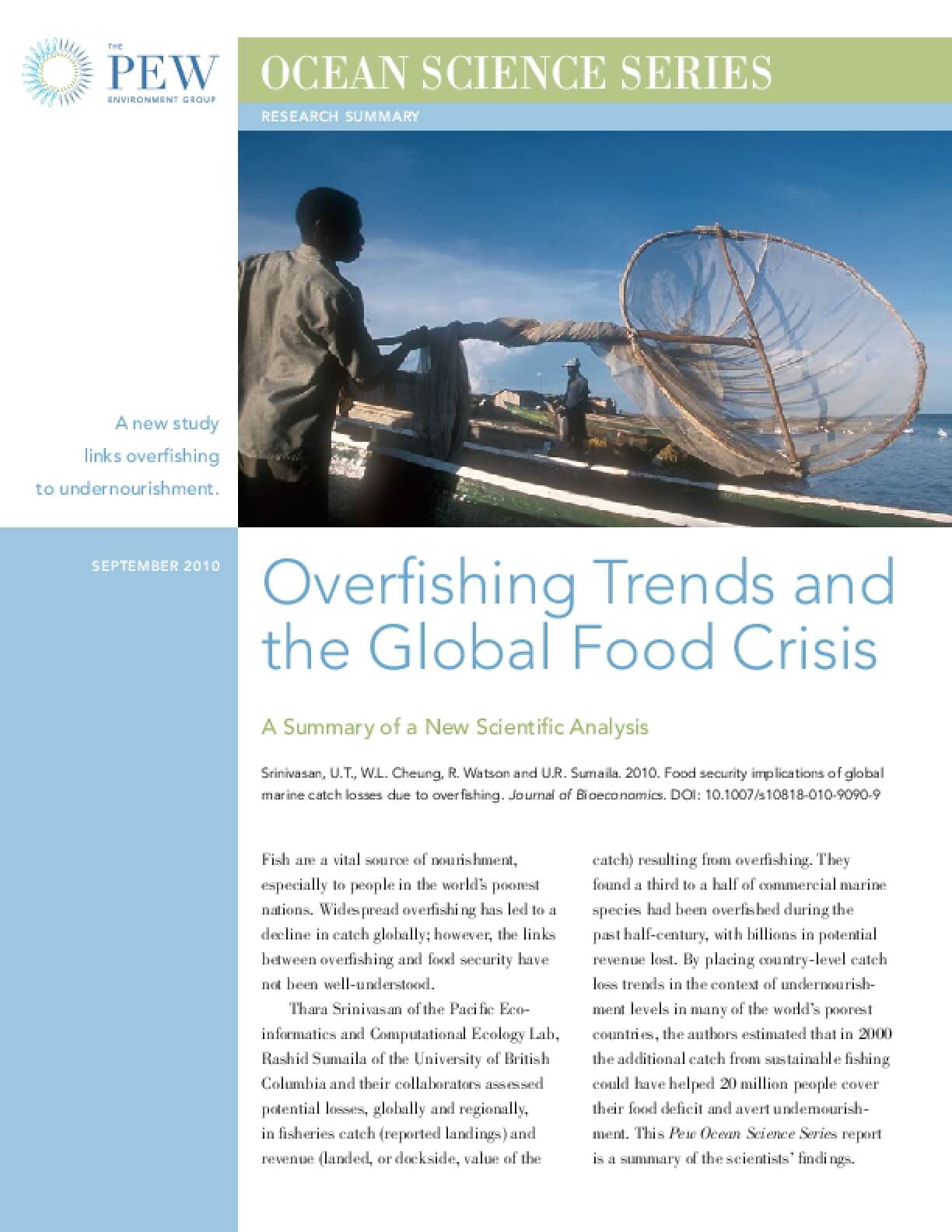