More than a decade of research has established strong and direct links between Gender-Based Violence (GBV) -- including Intimate Partner Violence (IPV), sexual harassment and date rape -- and traditional gender norms. For instance, young men who internalize harsh codes of traditional manhood -- as defined by strength, aggression, toughness and female subordination -- have less gender equitable relationships in general, and more often engage in violent or abusive behaviors specifically. Femininity Gender norms can affect victims as well. For instance, traditional machista codes of femininity can encourage young Latinas to be submissive, obedient, deferential to males, and tolerant of infidelity or sexual coercion. It can also encourage them to believe they are incomplete without a man and thus must put up with abuse to hold onto a male partner. Such attitudes make young women more willing to submit to partner violence as the price of a relationship, and to accept male dominance as a natural, inevitable part of being a woman. Rites of Passage In fact, learning to master traditional masculine and feminine norms is a major rite of passage for nearly every adolescent or teenager. Findings like these have created an increased focus on called "gender transformative" approaches which highlight, challenge, and ultimately change belief in rigid norms, increase gender equity and engage men as partners and allies. 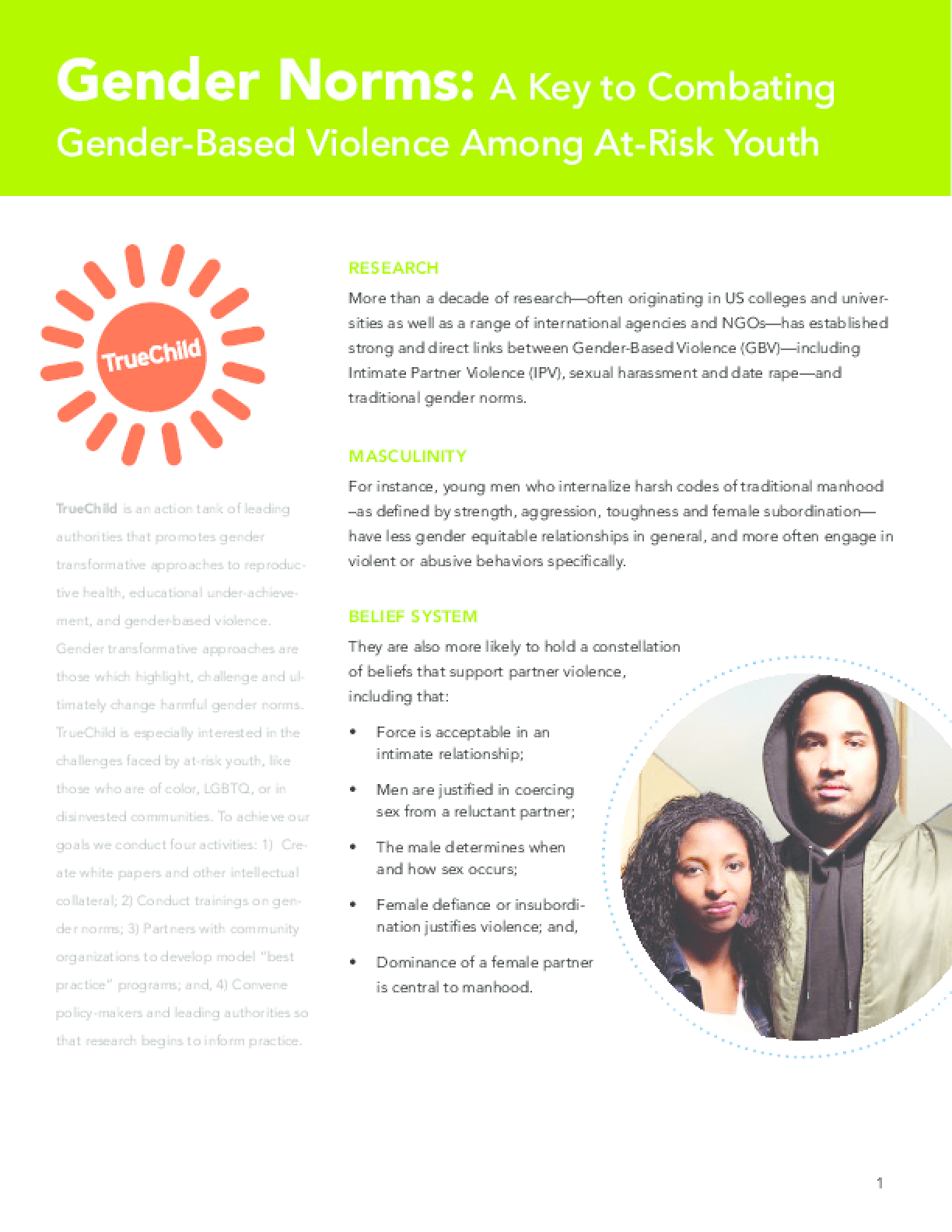