More than a decade of research has established the strongest possible links between middle school violence and gender norms. Learning to enact masculinity and femininity and being publicly acknowledged as a young man or woman is a major rite of passage for nearly every adolescent or teen. This can be especially true during the "gender intensification" years of ages 9-13, when interest in traditional gender norms intensifies, and belief in them solidifies. Yet the language of school violence often obscures the importance of gender norms. "Bullying" sounds like a problem of individual acts by singular malefactors. "Sexual harassment" sounds like sexual coercion or pressure being applied, yet adolescent bullying is almost never about sex per se. "Homophobic harassment" addresses straight-on-gay attacks, and references common taunts like "That's so gay" and "You're a fag." Although straight harassment of LGBTQ students is serious and pervasive, most middle schooling harassment of this type is straight males victimizing peers. And not only because only a small minority of middle school students are (or are perceived to be) gay. Gendered Harassment -- Indeed, middle school bullying might be more accurately termed "gendered harassment"--which seeks to promote masculinity in boys and femininity in girls, keep girls in subordinate positions, regulate girls' bodies, and punish unmanliness in boys. Despite this, prominent school violence programs and policies largely ignore the role of gender norms. This overview report covers the basics of gender norms, and the links to school bullying, sexual and online harassment, and homophobic epithets. 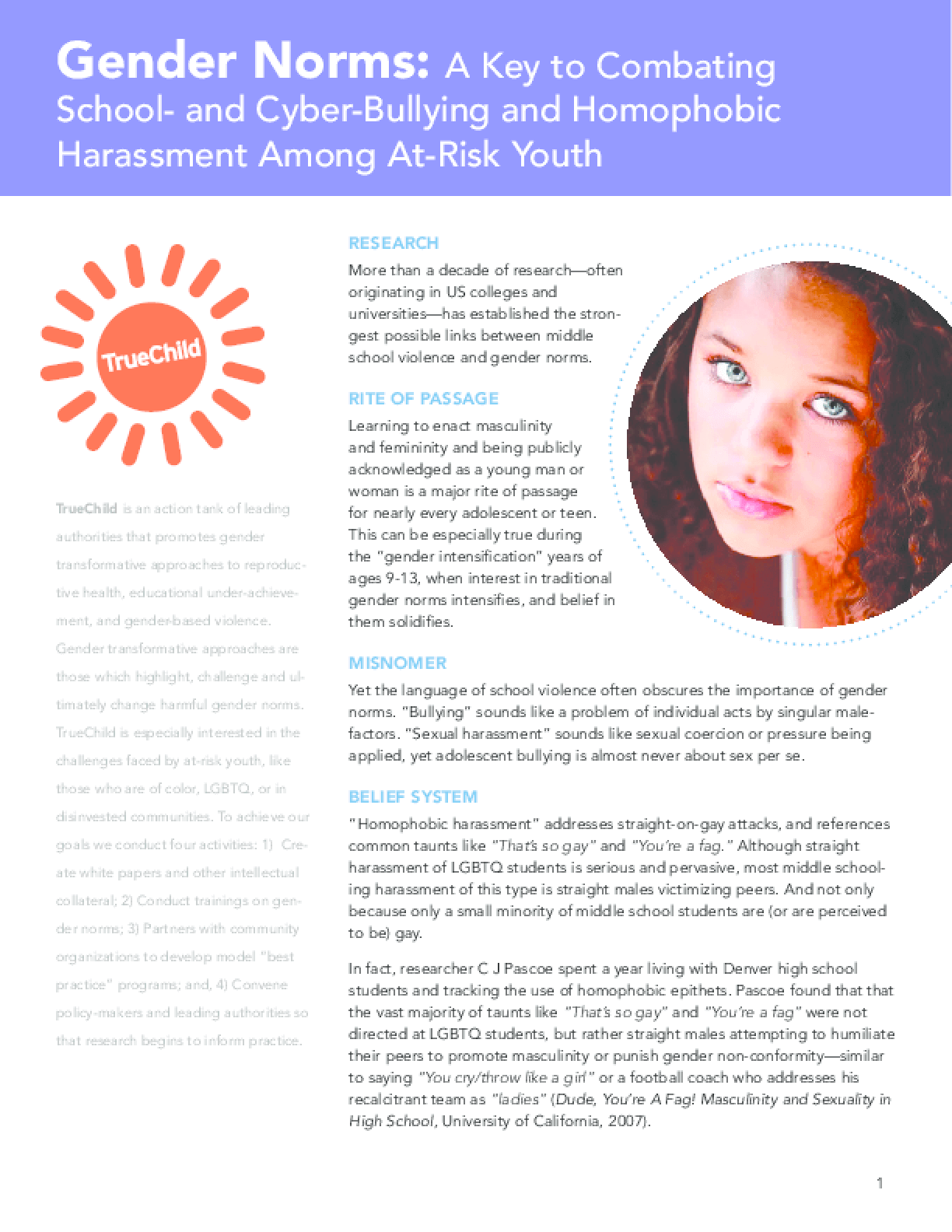