Almost two decades of research have crystallized strong links between academic under-achievement, Zero Tolerance and similar "pushout" policies, and narrow codes of masculinity. Learning to enact traditional codes of masculinity is a major rite of passage for nearly every adolescent and teenage boy. Yet this imperative often puts them directly at odds with school disciplinary systems, especially in urban environments Unfortunately, boys don't display masculinity by sitting quietly in class, being respectful of teachers, obeying adult authority figures, observing all the rules, and turning in homework regularly -- a set of behaviors, which, taken together, are a pretty good prescription for ostracism, bullying or harassment at many middle-schools. On the contrary, boys learn to impress peers, establish dominance hierarchies, and create social status by exemplifying traditional masculine attributes of strength, toughness, individualism, and aggression. In practice this means being boisterous, taking risks, breaking rules, defying adult authority figures, withstanding punishment silently, and generally disdaining book-learning as weak, feminine, or gay. Such findings point to two great systems in blind and often disastrous collision: an urban male "gender culture" which demands that adolescent boys master public displays of traditional masculinity, and school systems inclined to view precisely those displays as oppositional and threatening, a cause for constant surveillance and punishment, and markers of eventual failure or probable incarceration. This paper provides an overview of the current research and findings on the impact of gender codes -- especially masculinty -- and high rates of drop-outs and push-outs among at-risk youth. 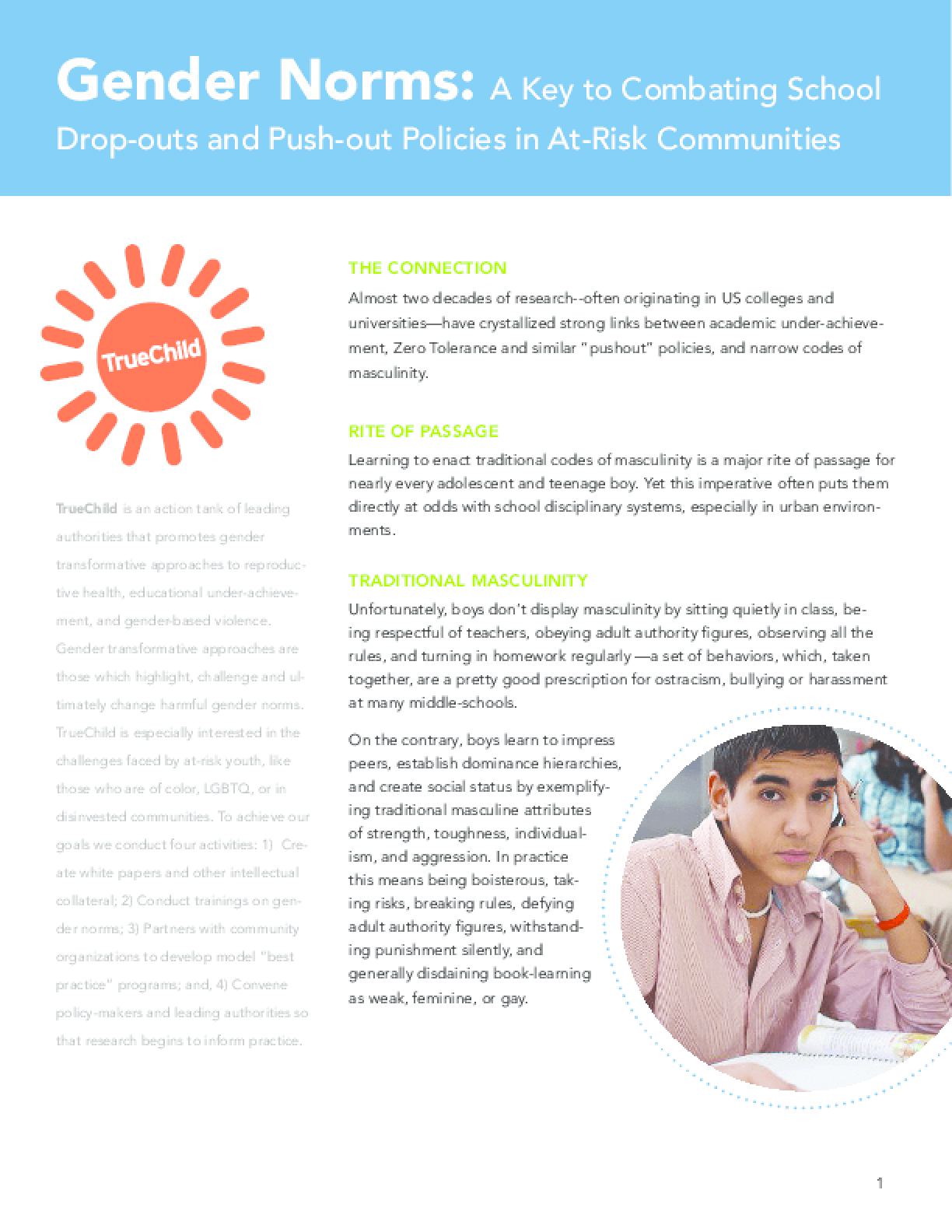