Packaging China for the Olympics

In order to put on the show known as the Beijing 2008 Olympic Games, the government has enlisted the help of major foreign players to "package" China. Public relations and marketing firms are helping to present and brand Beijing for the Games, while legal firms have been hired by the Beijing Organizing Committee for the Games of the XXIX Olympiad (BOCOG) to protect their intellectual property. Following previous IR2008 updates covering the involvement of foreign companies as Olympic sponsors and partners, this update focuses on PR and legal services. Aside from bringing in foreign expertise, the Beijing government has also initiated large-scale campaigns to improve Beijing's image for the Games, including initiatives to encourage residents to clean up their manners. The Games are expected to draw 800,000 foreign visitors and one million domestic visitors to Beijing,3 making presentation, marketing and branding key goals for Chinese officials in anticipation of 2008. 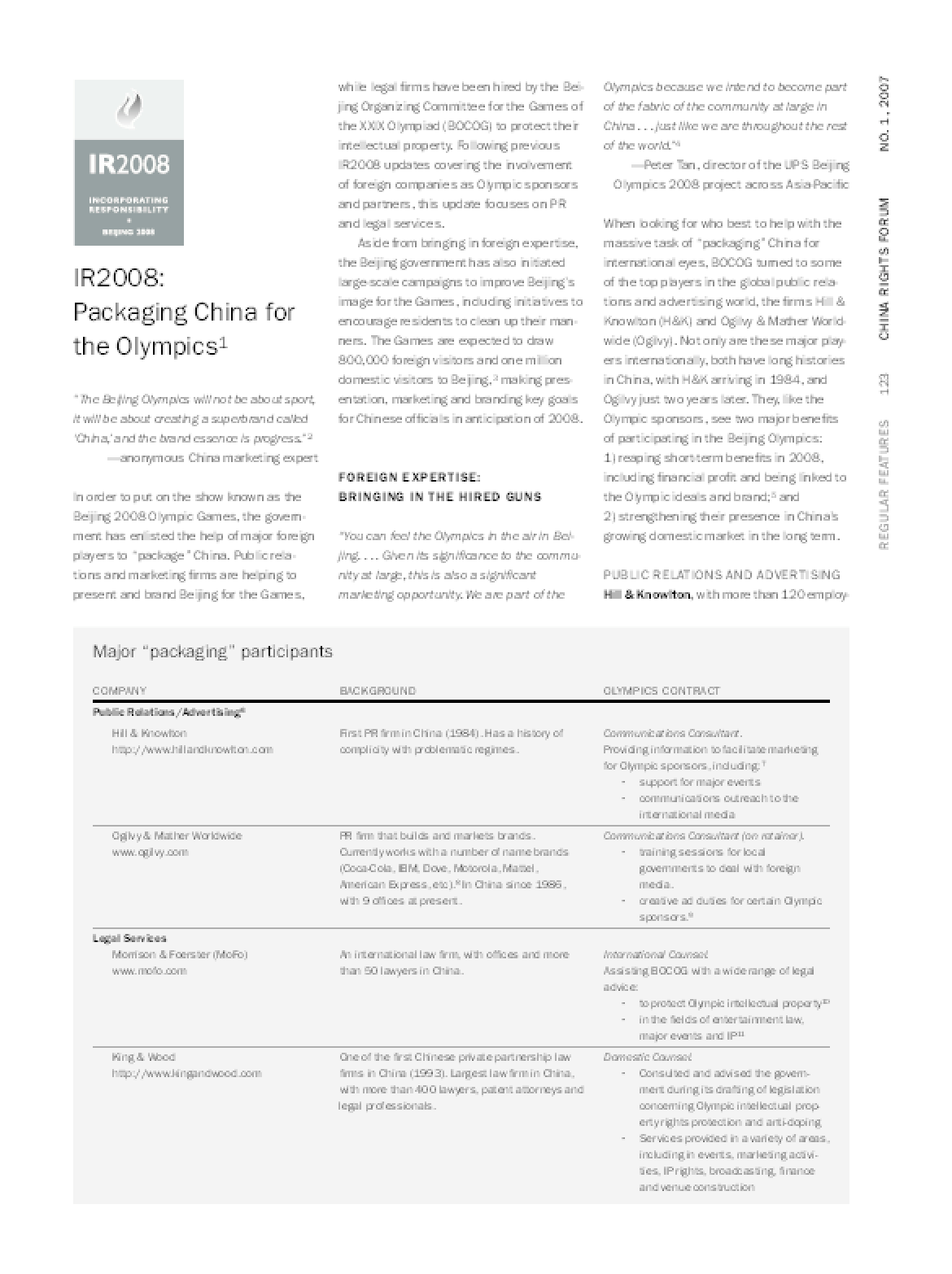