A spreading Islamic insurgency engulfs the amorphous and ungoverned border between Afghanistan and Pakistan. After initial victories by the United States and the Northern Alliance in autumn 2001, hundreds of Taliban and al Qaeda fighters fled Afghanistan to seek refuge across the border in Pakistan's rugged northwest. Since 2007, the number of ambushes, militant offensives, and targeted assassinations has risen sharply across Afghanistan, while suicide bombers and pro-Taliban insurgents sweep through settled areas of Pakistan at an alarming pace. For better and for worse, Pakistan will remain the fulcrum of U.S. policy in the region -- its leaders continue to provide vital counterterrorism cooperation and have received close to $20 billion in assistance from the United States, yet elements associated with its national intelligence agency, Inter-Services Intelligence, covertly assist militant proxy groups destabilizing the region.

Instead of "surging" into this volatile region, the United States must focus on limiting cross-border movement along the Afghanistan-Pakistan frontier and supporting local Pakistani security forces with a small number of U.S. Special Forces personnel. To improve fighting capabilities and enhance cooperation, Washington and Islamabad must increase the number of Pakistani officers trained through the U.S. Department of Defense International Military Education and Training program. In addition, U.S. aid to Pakistan must be monitored more closely to ensure Pakistan's military does not divert U.S. assistance to the purchase of weapons systems that can be used against its chief rival, India. Most important, U.S. policymakers must stop embracing a single Pakistani leader or backing a single political party, as they unwisely did with Pervez Musharraf and the late Benazir Bhutto.

America's actions are not passively accepted by the majority of Pakistan's population, and officials in Islamabad cannot afford to be perceived as putting America's interests above those of their own people. Because the long-term success of this nuclear-armed Muslim-majority country depends on the public's repudiation of extremism, and our continued presence in Afghanistan is adding more fuel to violent religious radicalism, our mission in the region, as well as our tactics, our objectives, and our interests, must all be reexamined. 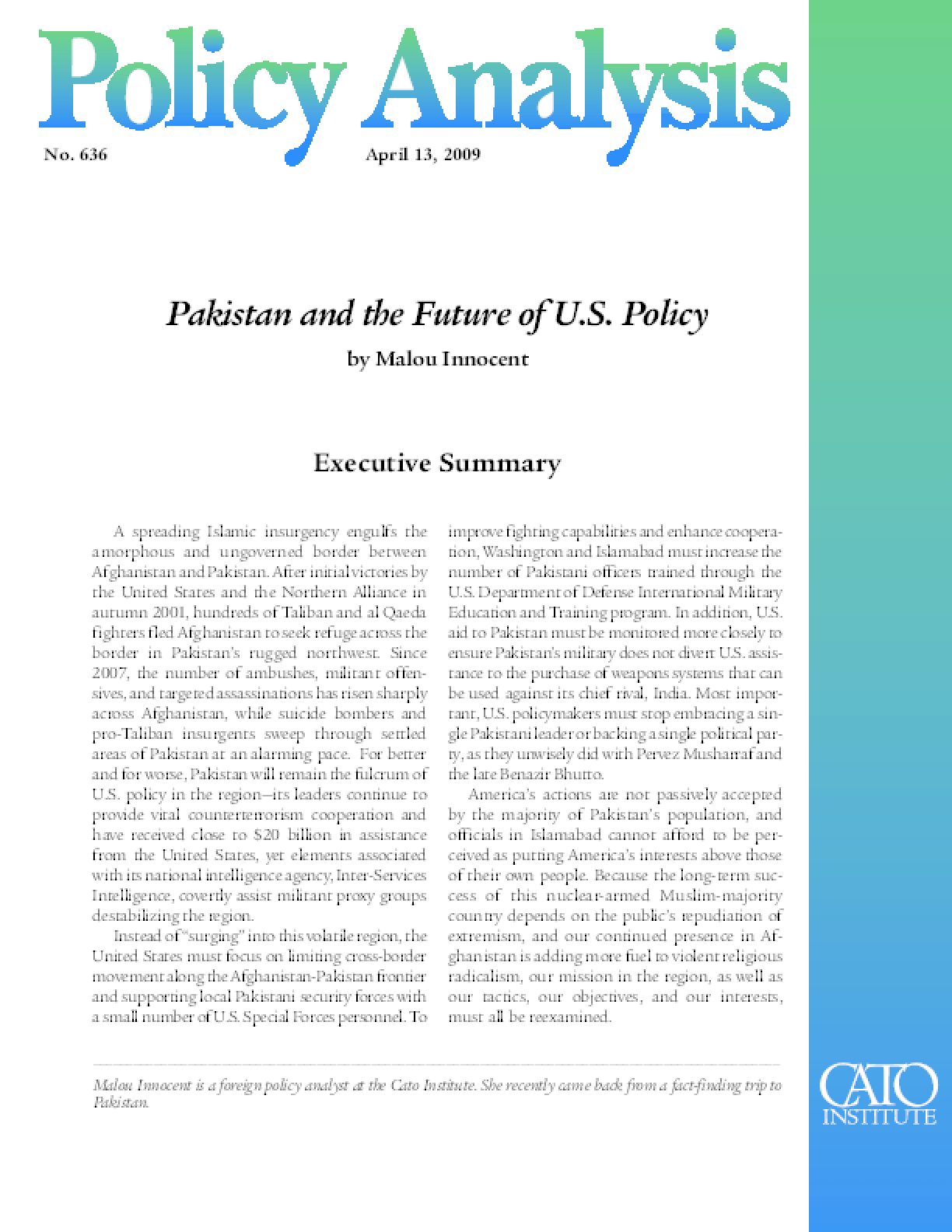