Family life is changing. Two-parent households are on the decline in the United States as divorce, remarriage and cohabitation are on the rise. And families are smaller now, both due to the growth of single-parent households and the drop in fertility. Not only are Americans having fewer children, but the circumstances surrounding parenthood have changed. While in the early 1960s babies typically arrived within a marriage, today fully four-in-ten births occur to women who are single or living with a non-marital partner. At the same time that family structures have transformed, so has the role of mothers in the workplace – and in the home. As more moms have entered the labor force, more have become breadwinners – in many cases, primary breadwinners – in their families.

As a result of these changes, there is no longer one dominant family form in the U.S. Parents today are raising their children against a backdrop of increasingly diverse and, for many, constantly evolving family forms. By contrast, in 1960, the height of the post-World War II baby boom, there was one dominant family form. At that time 73% of all children were living in a family with two married parents in their first marriage. By 1980, 61% of children were living in this type of family, and today less than half (46%) are. The declining share of children living in what is often deemed a "traditional" family has been largely supplanted by the rising shares of children living with single or cohabiting parents.

Not only has the diversity in family living arrangements increased since the early 1960s, but so has the fluidity of the family. Non-marital cohabitation and divorce, along with the prevalence of remarriage and (non-marital) recoupling in the U.S., make for family structures that in many cases continue to evolve throughout a child's life. While in the past a child born to a married couple – as most children were – was very likely to grow up in a home with those two parents, this is much less common today, as a child's living arrangement changes with each adjustment in the relationship status of their parents. For example, one study found that over a three-year period, about three-in-ten (31%) children younger than 6 had experienced a major change in their family or household structure, in the form of parental divorce, separation, marriage, cohabitation or death. 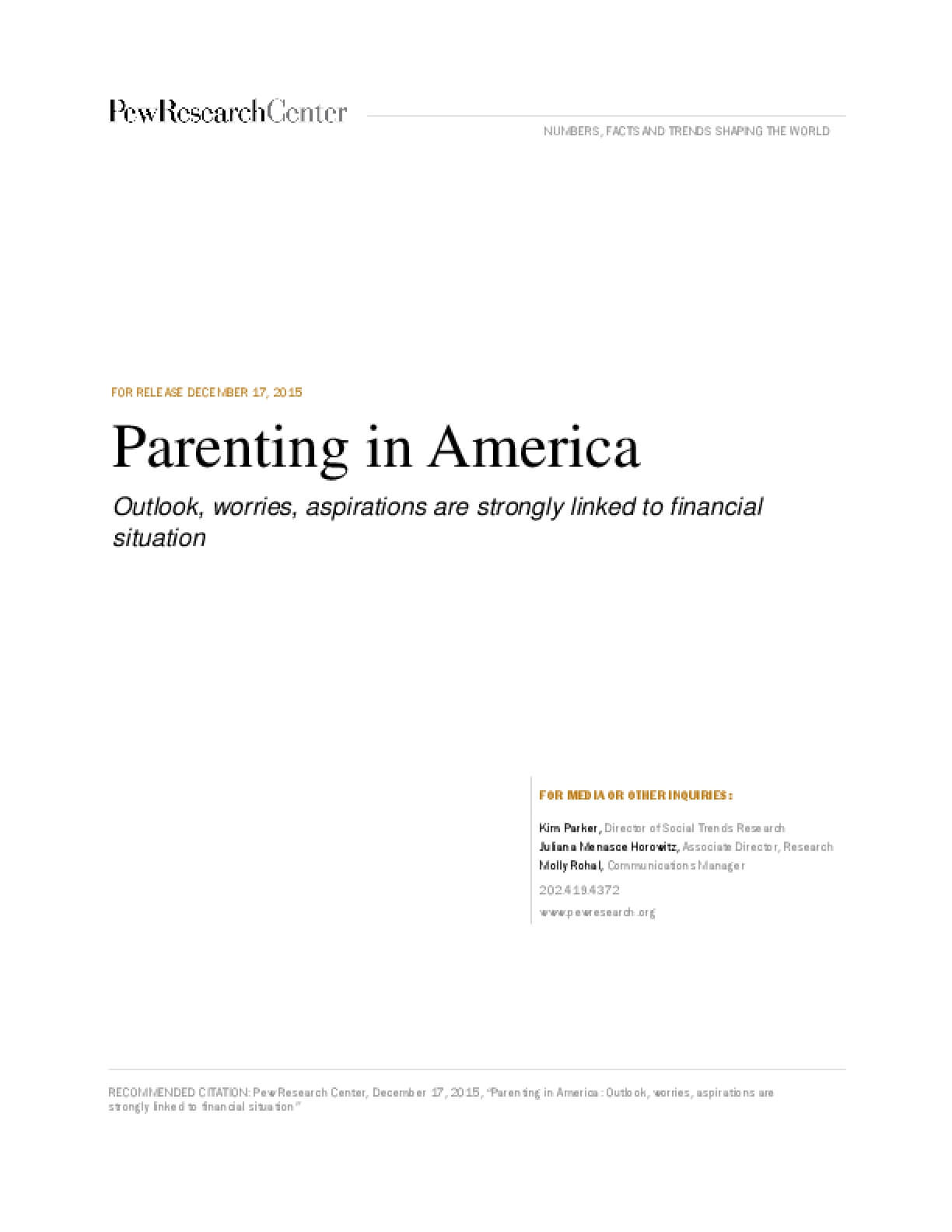